Saving the Environment for Future Generations 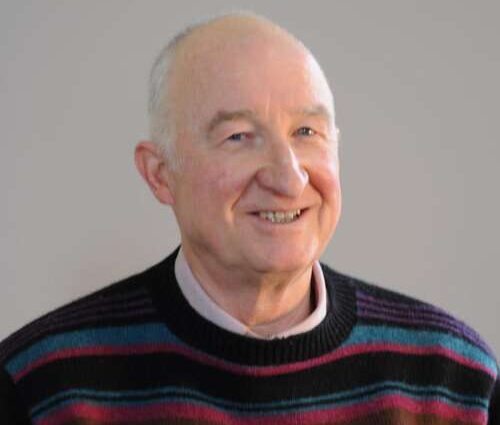 Kenny Foscue hales from the south, but he has lived in North Haven for 30 years, since 1992, so he considers North Haven home. “When I retired in 2018 people asked me if I was going to go back home, to North Carolina. I’ve been in my neighborhood in North Haven for 25 years now, so this is home,” he says.

Kenny, his wife at the time, and two children, first lived in Connecticut in an apartment in Fair Haven Heights when he started working for the State of Connecticut Department of Public Health.

“It was a nice place, but we lived over a family that worked third shift and my kids were [ages] two and four and they would get up and make a lot of noise in the morning,” recalls Kenny. “I had just started my job at the state health department, and I was in a vanpool and one of the people in the vanpool was from North Haven and she and her husband had a house for rent, so we moved in there for three years before I bought the house I’m in now.”

A quarter of a century later, Kenny is very much an integral part of the fabric of the North Haven community, and in retirement, he lends his time and talents to help the town. Due to Kenny’s life-long interest in issues related to public health, he currently leads the North Haven Clean Energy Task Force as its chairperson.

“I’m interested in environmental issues,” explains Kenny, and he heard about the Clean Energy Task Force from a friend who was a former chairperson of the group. “I join in 2008,” Kenny says, just a year after the task force was formed in 2007.”

When it comes to clean energy, the climate, and the longevity of human life on planet Earth, Kenny cannot stress enough the importance of everyone being educated on the topics of energy efficiency and climate stability.

“This is the crucial issue,” states Kenny. “As long as we live on this planet from here on out—and we have a lot of problems—it’s vital that more and more people see that human-caused climate change is here and getting worse. Ninety-nine percent of all climate scientists have said they’ve changed their forecast and it [the negative impact of climate change] is coming faster,” than first predicted.

“When they forecast the effects of climate change on different regions—like the fires and massive drought in the western U.S.—on the other side we are supposed to have, in some areas, more moisture, more storms, more flooding, and tornadoes, which we have seen in North Haven,” Kenny explains.” It’s all part of the climate change equation that affects society negatively. “Nobody can do everything, but everybody needs to do something,” Kenny says when it comes to contributing to slowing climate change, as caused by the burning of fossil fuels.

“We have to go to electric cars, battery technology, and solar,” Kenny says, “to supply power back to the grid so we don’t have to build giant solar arrays or operate natural gas [oil or nuclear] for electric generation. Every time someone puts a solar array up, with batteries, they are allowing for a source of power to go back to the grid.

“Everything has to be electrified,” continues Kenny. “This is the mantra of clean energy and energy efficiency. The whole movement is about that. Moving away from fossil fuels for vehicles, and how we heat and cool our homes and buildings.”

The overall purpose of the North Haven Clean Energy Task Force is to accomplish two major goals, notes Kenny. “One is to continue to educate North Haven residents and people about climate change and move [everyone] toward a clean energy economy. The other is to promote all the different programs that are out there to help homeowners, businesses, and municipalities reduce energy consumption by increasing energy efficiency. I call it the first commandment of clean energy, which means, the cleanest energy is the energy you don’t use because your building or home is energy efficient.”

Kenny notes that the North Haven Clean Energy Task Force is one of about sixty municipally supported clean energy task forces and energy commissions in the state. As a result of the efforts of those involved in the task force, North Haven became a leader in the state when it comes to educating the public about home energy efficiency, and Kenny thanks the leadership and cooperation of First Selectman Michael Freda in helping energize the efforts of the task force.

“We are the grass-roots marketers of all these [energy efficiency] programs that the state and the utilities provide,” says Kenny, “and we market those programs to the people.”

Energize Connecticut, which is sponsored by the utilities—with support funding from every time you pay your electric bill—pays for a Home Energy Solutions (HES) audit.

“For $50, [an energy audit company] comes into your home, does a before and after check to see how tight your house is, and they do a pretty intense weatherization of your home, providing about a $1,000 worth of labor and materials to increase your energy efficiency,” explains Kenny. “The more homes that are energy efficient, that’s a lot less pressure on the grid, especially for electricity and any fossil fuels.”

North Haven is known as a star when, according to Kenny, when it comes to promoting the HES program, “and the task force has done three pretty successfully HES assessment campaigns,” Kenny says, noting that the first was in 2014/2015.

The non-profit clean energy task force “is great for the private sector,” notes Kenny, driving revenues for green technology companies and their employees. “We are all working together in partnership, and it’s a good stimulus for business. If we all move in the direction of clean energy it stimulates business and produces jobs,” while also improving the environment.

According to Kenny, hundreds of North Haven families have benefited from home energy assessments and, in turn, the $25 rebates from the vendor energy companies benefit many more via the efforts of the task force.

Almost 250 North Haven residents have completed the HES assessments. Through their participation, North Haven is contributing to the reduction of fossil fuel use and therefore reducing greenhouse gases. “They are [also] saving money in addition to helping those who are food insecure thanks to the $25 each vendor donates for each residence that signs up for and completes a HES assessment,” notes Kenny.

Carbon dioxide levels, thanks largely to the burning of fossil fuels such as gasoline and oil, are higher than at any time in the last 800,000 years, according to information provided by Kenny and the Clean Energy Task Force. The top 10 producers of greenhouse gases are China, followed by the U.S., and then European nations, all of which, when combined, account for two-thirds of the carbon dioxide emissions worldwide.

Kenny stresses that what we do, or choose not to do, with an ever-expanding world population, is not only going to determine what happens to us over the next decade but also the world that our children and grandchildren will inherit.

Kenny says that everyone can make changes in their own homes and transportation choices. For example, some 700 homes in North Haven have chosen solar panels through the town’s solarize campaign and about 30 percent of homes are more energy efficient after HES assessments and upgrades.

“As people get this great deal on their house,” notes Kenny, by improving the amount of energy necessary to heat and cool, “they are also helping raise money for a local charity. North Haven has one of the highest percentages of homes that have had a HES assessment among the 169 towns in Connecticut.”

Despite the successes to date, Kenny stresses there is much work yet to be done across North Haven to inform residents about the vital goals of the Clean Energy Task Force.

“We need more members,” Kenny concludes, “to help get the word out through educational forums for the public and in the schools.”

To nominate a Person of the Week, email Jason J. Marchi at jasonjmarchi@yahoo.com