Macro Environment And The Markets: Light At The End Of The Tunnel? 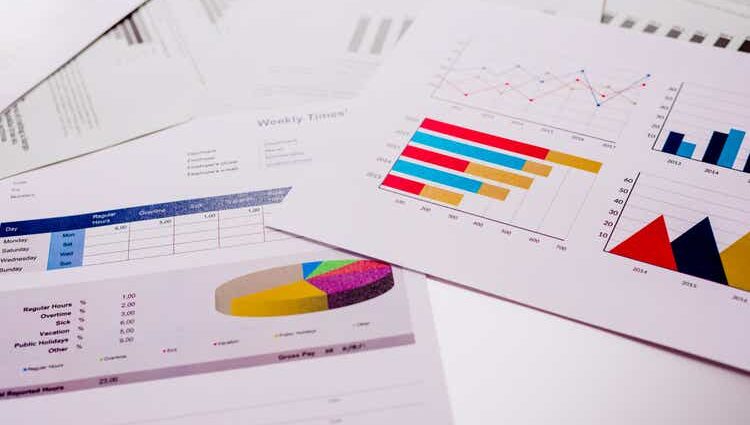 Introduction: A Look Back, The View Ahead

In a piece I wrote earlier this year, 2022 Markets Forecast: Boring Need Not Apply, I noted various trends and policies and made some predictions.

I address those calls here:

In this article, I look at inflation and the threat of recession and consider the impact of significant geopolitical shocks such as the war in Ukraine and growing Chinese-American tensions.

The markets are difficult to understand and to predict. The “experts” are mostly not that, and many forecasts about individual stocks, the markets and the economy often go awry. It’s a minority of observers and analysts that usually get things right.

It’s fair to ask how investors establish an investing strategy – given macro factors, economic turmoil and the fallibility of experts and advisors. Successful investing requires careful construction of a portfolio and consistent investing practice. It devalues the role of trading by default, given that trading and timing the markets usually produces inferior results. Yet, this necessary walling off of personal strategy from macro turmoil does not mean that we should ignore these macro factors. This is especially so in turbulent and dangerous times like these.

Critical Macro factors that I see today include:

1) The Russia-Ukraine war and its effects on international economics and markets;

2) The potential for accelerating Sino-American tensions leading to a possible explosion over Taiwan;

3) Inflation and whether it has peaked;

4) The possibility of a true global recession.

To briefly expand on each:

* Russia-Ukraine is not only a humanitarian disaster and tragic reminder of nations and groups failing to coexist. The war also is an economic blow to the international economic system that has the effect of driving up energy prices and affecting the distribution of key foodstuffs and additional commodities. Energy costs were rising before the Russian invasion of Ukraine. The combination of embargoes, multi-directional sanctions and adjustments in contracts and shipments of energy serves to roil the waters further.

The wars itself adds another psychological blow to investors everywhere. It shakes confidence and further provokes the emotion tied to high levels of trading.

* The Chinese-American jockeying and tension over South Asia and Taiwan are components of a greater struggle over geopolitical pre-eminence and influence in Asia and the Eastern Pacific. Chinese expansion as in the South China Sea, the coercive integration of Hong Kong, and strategic plans to force Taiwan to become part of the PRC are elements of the PRC’s superpower ambitions. The combination of Chinese moves and an uncertain US response not only raises the dreaded prospect of a Sino-American war, it may directly affect the prospects of multinational companies with investment and/or production facilities in China and in Taiwan. And it can extend beyond them to impact all those businesses and individuals that depend on Asia-sourced chips for their computerized products.

* Inflation is a macroeconomic factor (and a micro one) that reared its head before the Ukraine invasion and has continued to plague economies around the world. In the United States, the world’s most powerful economy and the “host” of much relevant stock market activity, inflation was mild before 2021. It then began to rise consistently, as seen here:

This alarming uptick in the cost of many items across the economic spectrum prompted the US Federal Reserve and other central banks to raise interest rates significantly and at least slow down or cease quantitative easing (QE), the purchase of bonds to add to the central bank balance sheets. That was paired with plans to implement quantitative tightening (QT), the process of selling such assets to reduce central bank balance sheets.

All of this occurred against a canvas of heightened anxiety across the board about the possibility of “runaway” inflation, a factual disaster that has played out in many nations over time. The successive Federal Reserve interest rate raises that began earlier this year have slowed economic activity, discouraged borrowing and increased the likelihood that the rate of inflation will at least slow and perhaps peak soon. That in turn would likely pump confidence into investors and may already explain July’s stock market rally.

* Recession Fears. Expectation or declaration of an impending recession is the companion to inflation and the corollary central bank-led actions to curb its rise. Most observers have predicted a recession ranging from light to severe, with many focusing on something between those extremes. Some economists say that recession has already begun, based on a definition of two successive quarters of negative growth.

Regardless of the current state of play, it’s obvious that fears of recession and its impact on bottom-line corporate profits and investor behavior are quite real. How these have, are and will express themselves in the markets is another wild card in predicting market movements. As with inflation, some of the investor reaction is likely “baked in.” My guess is that the markets have already assimilated much of the collective unease.

Those are four key macro factors that I believe have and are impacting economies and markets right to the present.

Market sentiment remains volatile, mixed and unpredictable. The loud roaring of bears has certainly subsided, but the bulls – most – are putting on hesitant charges. Some might even be bluff charges (mixing bull and bear metaphors, apologies). The overall impression is of a steady cacophony – the strings rise up, then the percussion, cymbals clash and the conductor waits for direction from the orchestra.

All of this is logical and partly dictated by the factors described in my previous section. Geopolitical conflict bordering on chaos and the threat of actual world war (if it has not yet started) is a prescription for very unsettled markets. If anything, that part of the recent market surge that is tied to a certain “getting accustomed” to the conflict in Ukraine may be misleading: The conflict is not over and assessments that it will settle into a dull and bloody war of attrition might yet be premature.

War and geopolitics, the threat of escalation on multiple fronts, inflation that may be easing but is biting deep and sowing virtual fields of trepidation – and the prospect of recession create a scenario different than the helpful central bank/legislative interventions in the wake of the COVID health disaster.

A Scenario for Bulls

Despite the currents running in various directions, the market has recently been upbeat. July was positive and August looks to continue the pattern.

What are the factors that might be pushing the bullish turn?

Federal Reserve policy is working. By working, I mean that the Jerome Powell-led US central bank is instilling confidence in the investor. All the criticism of Powell and the Fed simply does not matter if the bulk of investors are encouraged by the interest rate rises and believe that inflation is being checked without the result of a severe recession. A modest recession is palatable, and markets look ahead. A caveat: The state and levels of current inflation are very hard to gauge – or at least the trends and direction of changes in its various metrics.

Second quarter earnings have been solid. Many observers/analysts pronounced the death of earnings going into the wave of Q2 earnings reports. Those that did were wrong. The majority of companies have reported reasonable results and a minority have been excellent.

Geopolitics is a mess but investors compartmentalize. Or – good investors need to compartmentalize. Walling off investment plans from the geopolitical picture is important, and I do agree that in unexceptional times that non-economic macro elements matter little. Even in a period where their impact affects market mood directly, long-term investing strategy should remain unaffected.

A subset of considerations regarding today’s geopolitical situation is the (hopeful?) conclusion that both Russia and China, despite making a mess for Ukraine, Taiwan and the West in general, are basically rational actors. While they may take actions that offend many observers, their leadership is still linked to some form of rational thinking. If that changes in the case of either nation, then compartmentalizing the related risk will be harder.

I think that certain sectors are likely to do well in the second half. Certain sectors such as energy are primed to continue a run because of supply-demand relationships and the uncertain realities caused by geopolitics. Tech is another sector that I think will rebound from first-half doldrums – because much panic selling hit these companies (large and small) and for their intrinsic contribution to the economy. Military/defense firms also are likely to do well, given a world at least partially at war.

Sectors less likely to do well may be retail and traditional manufacturing-based industries.

Things have changed since my February take. A few weeks later, Russia invaded Ukraine, starting a bloody war that most expected would be over by now. Clearly, it’s not, and its costs on and off the battlefield are mounting even as the tactical nature of the war has changed.

In the past few months, China-US tensions have mounted while the economies of both nations have suffered. Chinese officials threatened to shoot down the plane of the third-ranking US official, and are engaged in threatening exercises in the wake of Ms. Pelosi’s visit to Taipei. What this may lead to is uncertain, but escalation is underway.

On the macroeconomic front, central bank easing and “money printing” in the aftermath of the full assault of COVID on humanity saved individuals, companies and economies, but left a nasty inflation problem in its wake. The Federal Reserve and “peer” central banks have addressed this (the Fed in particular) with interest rate tightening and a shift away from quantitative easing. These measures have helped take the steam out of the rate of inflation increase, it appears, but also provoked an economic slowdown that may be a recession as I write.

Despite all of this, the market outlook is generally positive. Volatility remains, and individual stocks and market averages still produce some interesting days in the market. Yet, it appears that the markets have turned a corner. Investors are past panic and have returned to a state of cautious optimism tinged with hope. Only optimism can feed the engine of long-term investing.