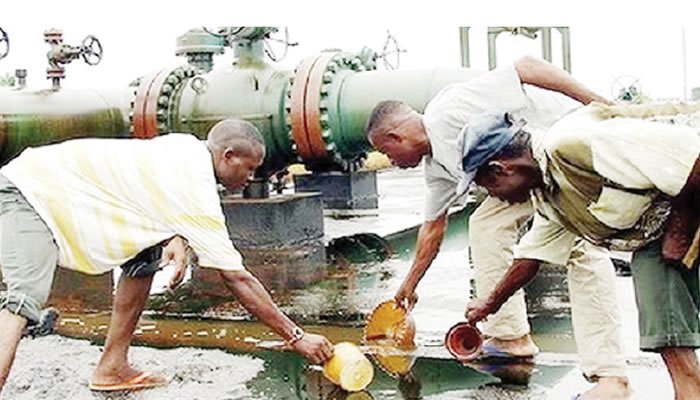 With over 20 valid permits issued to investors for the establishment of modular refineries several years ago, the facilities have yet to start operations due to diverse hostilities, Okechukwu Nnodim writes

The target of having more than 20 functional modular refineries in Nigeria to boost the country’s petroleum products’ supply has remained elusive due to various bottlenecks.

Modular refineries are crude oil processing facilities with refining capacities of up to 30,000 barrels per day.

The Federal Government in 2018 reportedly issued about 38 licences to investors for the establishment of modular refineries as part of plans to curb oil theft and promote peace in the Niger Delta.

In April last year, the defunct Department of Petroleum Resources, an agency of the Federal Government that regulated the industry at the time, published a list of private refineries with valid permits to operate in Nigeria.

The DPR, now unbundled into two agencies, had stated that as of March 2021, the number of valid refinery project licences stood at 23, with a total capacity of 1.09 million barrels per day.

However, industry operators and experts told our correspondent on Wednesday that only about three modular refineries were currently operating, while others were in different stages of construction or planning.

They attributed this to the hostile business environment across the country, crude oil theft, insecurity, among others.

“The operating climate is very harsh and by this I mean the business climate hostility in Nigeria is very high. Acquisition of land for construction of these (modular) refineries is very expensive,” the Technical Director at Template Design Limited, Bala Zaka, stated.

He added, “When they start operating, there are all kinds of taxes and levies from the government. Then the level of insecurity is extremely high and the theft of crude is also a major factor.

“When you also look at the conditions that will guarantee profitability, it is not there, for when an investor acquires land, compensation to owners of this land takes forever. Court cases and litigations take forever.

“Clashes with communities where many of these facilities are situated takes forever. It is not easy to satisfy many of the communities in Nigeria when it comes to Corporate Social Responsibility.”

In May 2021, the House of Representatives asked the Nigerian National Petroleum Corporation to review the status of licences issued to indigenous companies in the country to run modular refineries.

It took the decision based on the adoption of a motion moved by Alex Egbona at a plenary session, who explained in the motion that in 2018 the Federal Government issued 38 licences to companies to set up modular refineries in different parts of the country.

Egbona had stated that only two out of the 38 were reported to be at advanced stages of completion preparatory for commencement of production.

But in the list published by the defunct DPR, it was observed that the valid permits were issued to 23 private refineries, including Waltersmith Refining and Petrochemical Limited, Imo; OPAC refineries, Delta; Niger Delta Petroleum Resources (Train 3), Rivers; and Dangote Oil Refinery Company, Lagos.

The NUPRC and the NMDPRA are both agencies established by the Federal Government through the Petroleum Industry Act 2021.

Officials at the NUPRC stated that aside from the Waltersmith refinery, others were battling diverse challenges that had prevented them from delivering as projected.

“Three modular refineries would have come on stream by the end of December 2021, but this did not materialise due to issues that had to do with operational challenges, oil theft and others,” a source at the commission, who pleaded not to be named for lack of authorisation, stated.

The official stated that the incessant cases of pipeline vandalism in the Niger Delta were also highlighted by investors, stressing that this had further stalled the progress of work on some of the facilities.

The country’s first modular oil refinery, built by Waltersmith Petroman Oil and the Nigerian Content Development and Monitoring Board, began production with an initial capacity to refine 5,000 barrels per day of crude oil in October 2020.

In June this year, the NCDMB reportedly stated that the Duport Midstream Company Limited with licence to refine petroleum products would commence operations in July 2022.

The NCDMB’s Executive Secretary, Simi Wabote, stated this during a facility tour of the company in Egbokor, Orhionmwon Local Government Area of Edo State.

He said, “The plan is that on July 18, DPR will come and do the final check in terms of giving us approval to introduce hydrocarbons into the refinery.

“So, between now and the end of July, this refinery in addition to the one we have in Ibigwe, will become operational.

“This will be the second refinery that will switch on in July. Currently, one of our refineries is working, which is Watersmith modular refinery that is producing 5,000bpd and serving the eastern market.

He added, “In terms of our modular refinery operation, by July, this one will go live to tell you that there are modular refineries working in the country.”

When contacted on Wednesday to confirm whether the facility had started operations, a senior official at the NCDMB responded in the affirmative.

The official added, “It is ready for operations, but what it is waiting for now is just the ceremonial flag-off. And this will make it the second modular refinery that we are partnering with.

“However, there is one operating before ours, which is the Niger Delta Refinery, and that makes it three modular refineries in Nigeria.”

But petroleum analysts and operators told our correspondent that the number of functional modular refineries would have exceeded three if not for the hostile operating environment across the country.

“We need modular refineries to help us boost petroleum products supply in Nigeria but the high level of insecurity and crude oil theft are discouraging investors from going ahead with their investment plans,” the National Public Relations Officer, Independent Petroleum Marketers Association of Nigeria, Chief Ukadike Chinedu, stated.

He added, “So the managers of this country should encourage modular refineries in Nigeria by ensuring adequate security and curbing oil theft.

“Secondly, even small-scale refineries should be encouraged to come up to cover up for the moribund refineries we have. Nigeria can even build a brand new refinery from scratch, it will help us.

“We have said on several occasions that the huge amount spent on subsidies can be stopped. But before you effectively stop it, our refineries should be fixed and the construction of modular refineries be encouraged.”

On his part, the National President, Petroleum Products Retail Outlets Owners Association, Billy Gillis-Harry, said PETROAN was ready to partner the Federal Government in developing both modular refineries and the large scale ones.

He said, “The government must fix refineries and many times we’ve made it open that we are ready to partner the government in getting these assets running as fast as possible. This will help stop petrol imports and cut down on subsidies.

“The government should call on oil marketers to come and take one or two of the refineries, seek financial and technical partners and make the refineries work.

“We don’t have to predicate our petroleum product prices on international indices. We have four refineries and a few modular refineries that are already on stream now.”

He added, “So there should be a way of domesticating our prices, which should be by making sure that we have crude oil available for these refineries to refine and sell domestically first.

“Get PETROAN to run one or two of the refineries because we have the capacity to make sure our refineries work. We are offering to partner the government and NNPC to run the refineries on acceptable business strategies and profit sharing processes.”

The Minister of State for Petroleum Resources, Chief Timipre Sylva, recently stated that the government was working to get the modular refineries running in order to make Nigeria a crude oil refining hub.

“About modular refineries, these are key parts of the strategy of the government to ensure that we are able to create a refining hub in Nigeria,” the minister had stated.

The Federal Ministry of Petroleum Resources explained in its document on the general requirements for modular refineries’ establishment that the objectives of the initiative included to promote availability of petroleum products across the country.

The ministry added, “It is to mitigate and eliminate environmental degradation associated with illegal refinery activities, crude oil theft and pipeline vandalism.”