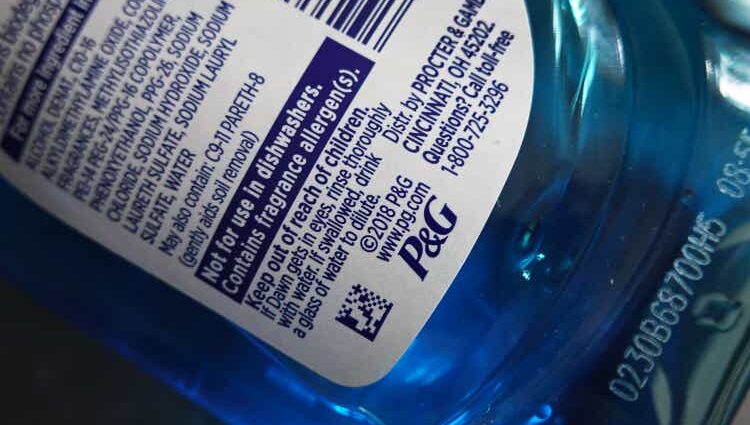 Procter & Gamble (NYSE:PG) is one of the most respected and solid companies in the world and has been in its industry for almost 200 years. In this economic scenario where uncertainty reigns, I consider it a wise choice to invest in companies with safe and predictable cash flows such as Procter & Gamble. In FY2022, this company proved its soundness for the umpteenth time and also presented rather positive guidance for FY2023. With growing dividends for 66 years and buybacks since 2012, shareholders are rewarded even in today’s challenging economic environment. Procter & Gamble’s fair value is around $163 per share, which is 6.38% higher than the current price, so a slight undervaluation is present. Since I strongly believe in the very long-term future of this company, I consider an initial buy at this price is justified and possibly averaging down if the price should fall far below.

A few days ago, the company released its results for FY2022 and the outcome was quite positive considering the difficulties of the current macroeconomic scenario. Regarding this report, here are the words of the CEO, Jon R. Moeller:

The P&G team’s execution of our integrated strategies delivered strong top-line growth, earnings growth, and significant cash return to shareowners in the face of severe cost and operational headwinds. As we look forward to fiscal 2023, we expect another year of significant headwinds. We remain committed to our integrated strategies of superiority, productivity, constructive disruption and an agile and accountable organization structure. They remain the right strategies to step forward into the near-term challenges we are facing and continue to deliver balanced growth and value creation.

From these statements, then, what is apparent is that Procter & Gamble has once again proved resilient even in the face of the countless difficulties that almost all U.S. companies are currently experiencing. In particular, Jon R. Moeller for “headwinds” was referring mainly to the strong dollar negatively affecting exports, the continuing problems regarding the supply chain, and the cost of raw materials that remains high although there has been an improvement. The problems are many, but Procter & Gamble’s income statement does not seem to be affected that much, on the contrary.

Net sales increased by 5% over 2021 to $80.2 billion. If we did not consider the negative effects from foreign exchange, the growth would have been 7%. Of this 7%, 2% came from organic growth, 4% from price increases, and 1% from a positive mix. This means that even though from a technical point of view the U.S. is in recession, Procter & Gamble continues to maintain high earnings strength, while also manifesting organic growth in products sold. For EPS, the feedback is similar, and here, too, there has been a 7% growth over 2021 values.

In FY2022 there is not only growth, however, but good shareholder returns through buybacks ($10 billion) and dividends ($8.8 billion) totaling $18.8 billion.

Overall, it was a good year in spite of everything, but what is more important is that the guidance for FY2023 looks equally promising:

However, the company is keen to point out that these estimates do not take into account a possible new strong appreciation of the dollar as well as further deterioration regarding supply chain and raw material costs. This is not to say that the estimates are not reliable, but that there are chances that the estimates will be revised downward. In any case, even if the macroeconomic scenario deteriorates further, I have no doubt that Procter & Gamble can perform better than most U.S. companies. This company’s revenues come from the sale of indispensable products used every day by millions of consumers, and it is unreasonable to expect a sharp slump even in a worst-case scenario.

To give us an idea of the strength of this company, the subprime mortgage crisis was one of the worst since ’29, but even in those years Procter & Gamble managed to generate profits without many problems.

From the pre-crisis period (2007) to the post-crisis period (2011), both revenues and profits remained stable and did not fall sharply. During those years, the company continued to do its job, which is to make steady and slightly increasing profits. Certainly the reduction in net income from 2009 onward was not positive, but overall I think the results achieved in those years were good considering the context in which the company was operating.

What makes Procter & Gamble so solid

As anticipated earlier, the main reason Procter & Gamble is so resilient to almost any economic scenario is due to the sale of products that people buy every day. This company specializes in selling about 65 brands related to personal care, home care, and hygiene, whose products have made it one of the most robust consumer staples in the world. Revenues come from all over the world (more than 50% do not come from the U.S.) and the company has been operating for nearly 200 years. The strength of its balance sheets has been a constant for its shareholders for decades, who can sleep soundly even during the worst possible scenario. Here are the main achievements over the past 10 years.

Growing revenues and return on capital

What makes a company stable and not very volatile is the consistency and predictability of its revenues. Whatever the economic scenario, we can expect Procter & Gamble to achieve revenues in a range that is not particularly wide, so it is rare to get particularly negative or positive surprises.

Within this graph we can see the main data regarding the profitability of this company. The first thing that stands out is that since 2012 the company saw its revenues decline. But how was this possible? The reason for this decline is purely technical since if you look at net income and return on capital both have steadily increased considering a long-term horizon. It should be specified, however, that regarding net income, the growth although present has been subject to high volatility. Specifically in 2019, the company booked asset write-down of $1.54 billion and impairment of goodwill of $6.80 billion. These are non-monetary costs that negatively affect net income while not manifesting a cash outflow (in fact, free cash flow for that year was $11.89 billion). If revenues fell, it is because in 2014 Procter & Gamble sold about 100 brands while focusing on the remaining 65 that alone produced the vast majority of revenues. This led to a reduction in revenues, but at the same time also to a reduction in operating costs and cost of goods sold.

Revenues in 2013 and 2022 were basically the same, but the composition of costs is very different. Operating costs have decreased by nearly $6 billion since then while the cost of goods sold has increased by about $2.2 billion. However, the latter increase can be attributed to the high cost of raw materials in 2021 and mid-2022. I expect that with a decline in raw materials (some of which is already happening) the cost of goods sold will drop significantly in the future.

In hindsight, we can say that former CEO Alan George Lafley’s choice to streamline operations was a success. His goal was to make the future of this company less complex and more profitable, and he succeeded. Although Lafley is no longer part of the company, his philosophy is still settled within the operational management. Here is what he said about this strategy:

Three billion times a day P&G brands touch the lives of people around the world. Our goal is to delight consumers at two moments of truth: first, when they buy a product, and second, when they use it. To achieve that, we live with our consumers and try to see the world and opportunities for new products through their eyes. At P&G the CEO is not the boss – the consumer is.

These statements are 14 years old but more current than ever.

The financial situation of this company has never been in question since profits have never been lacking.

One of the most important aspects of this company is how it rewards its shareholders. Procter & Gamble is famous for its dividend, but that is not the only way it remunerates its shareholders; in fact, since 2012 it has purchased a significant amount of its own shares almost every year. Investors can thus enjoy double remuneration, even though the buyback does not bring direct cash inflows.

As can be seen, in 10 years about 350 million of its own shares have been purchased, guaranteeing its shareholders an increasingly large ownership stake in the company. For FY2023, the company expects a buyback worth between $6 billion and $8 billion.

The dividend, on the other hand, is perhaps the aspect that makes Procter & Gamble the respected company it is today.

This company has been issuing dividends for 132 years and has steadily increased its dividend for the past 66 years. Prospects do not point to a slowdown; on the contrary. In FY2023, the company expects yet another dividend growth, exceeding $9 billion issued. It is impressive how over the course of 66 years the dividend has always been growing and how to date it still presents ample room for its issuance without negatively affecting the company’s financials.

Since 2012, the differential between free cash flow and the dividend issued has even increased, signaling that it will not be a problem for the company to further increase the dividend at least in the coming years.

How much is Procter & Gamble worth?

To calculate the fair value of this company, I will use a discounted cash flow in order to give a present value to future cash flows. The model will be constructed as follows:

According to these assumptions, Procter & Gamble’s fair value is $154 per share, and since it is currently trading at $145, it is slightly undervalued. Although there is not such a large margin of safety for this company, I believe an initial purchase is warranted. At $145 per share, we are not paying little for this company, but then again we cannot expect it to collapse 30-40% before we buy it, otherwise the risk is that we may never be able to buy it. Such solid companies do not usually experience very large declines, which is why the beta of this company is so low. By buying this company, you are buying a business that is constantly making money and rewarding shareholders through both increasing dividends and buybacks. Obviously not being a volatile stock, one cannot expect particularly high short-term returns. When you buy such a company, you must have a very long-term perspective, and not buy it to get rich in the immediate term.

If hypothetically I had the opportunity to invest in only one company for the rest of my life, I have no doubt that my choice would be Procter & Gamble. As it has been for the past 184 years, Procter & Gamble will continue to serve the community by benefiting its shareholders. Big tech may well give way to other companies in the very long run, but I doubt that Procter & Gamble can be replaced. I consider this company an investment that should be held for life, barring unpredictable unfortunate events. Sometimes the most interesting companies are not those that sell complex technologies, but simply the detergent you use to clean your house every day.