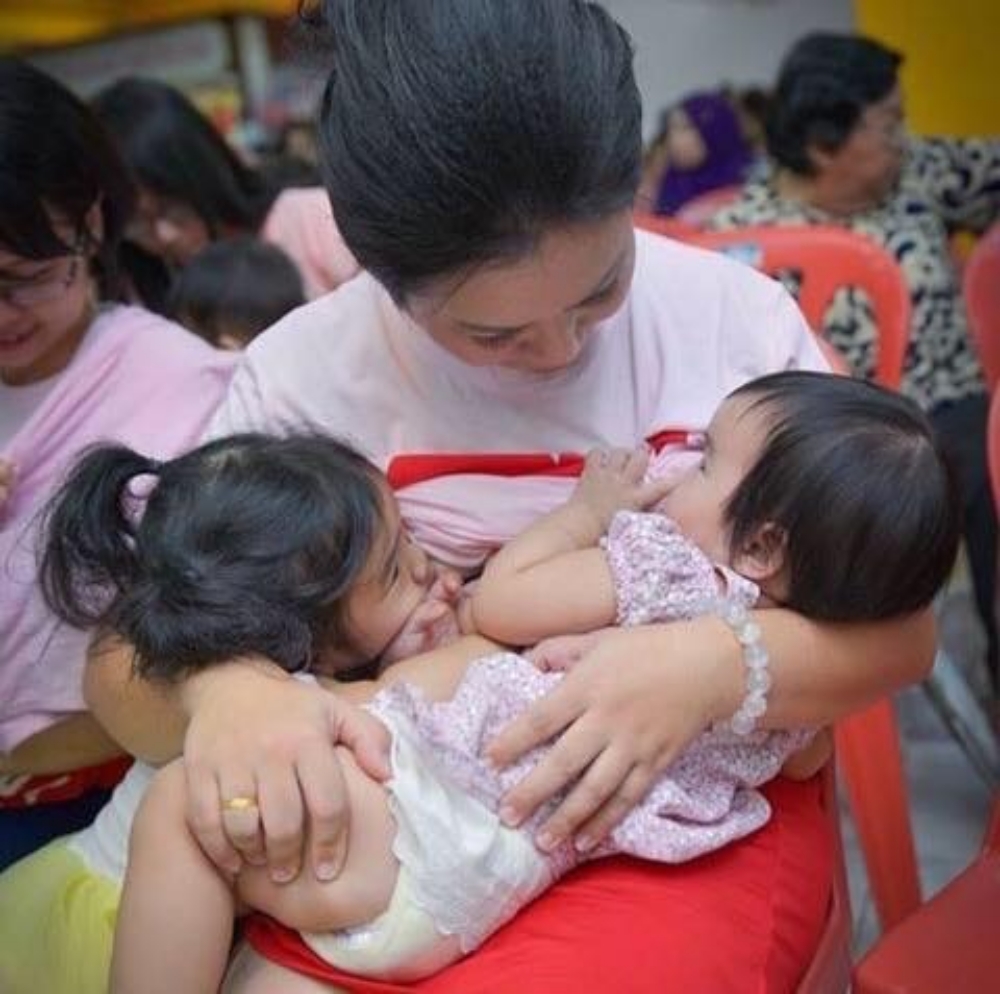 SIBU (Aug 6): Creating an environment that facilitates breastfeeding has become increasingly important as more women are now aware of its benefits to babies.

Many communities – from those in hospitals, the workplaces, public areas and even at home – have come together to provide a baby-friendly environment, and also to enable mothers to learn the proper way to breastfeed their children.

According to paediatrician Dr Toh Teck Hock, such support would encourage more women to breastfeed.

“The end goal is to have healthier and fitter children.

“The support can come in many forms. When you go to the shopping mall or to a workplace, you have breastfeeding rooms; when a mother needs to express milk every few hours, they can do so.

“This is such a support that we need and obviously, we also need support from the policy point of view. If a mother breastfeeds her child, the child would be healthier and the mother would be less likely to take medical sick leave,” he said in a recent interview.

‘Not an easy skill to learn’ 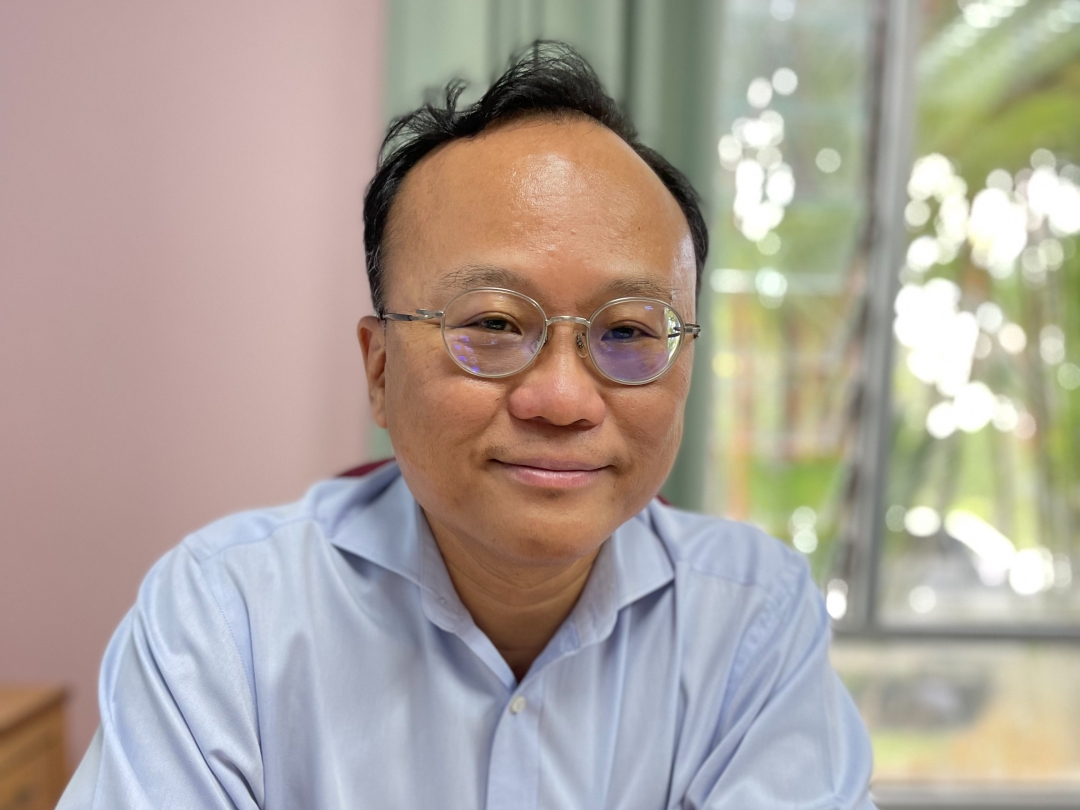 Dr Toh, who is also the Baby Friendly Hospital Initiative (BFHI) National Assessor consultant paediatrician, pointed out breastfeeding as ‘a skill’ and in this regard, he likened it to ‘learning to ride a bicycle’.

“Breastfeeding is not an easy skill to learn. Especially at home, a mother cannot breastfeed her baby alone without the support from her husband, the in-laws and her parents.”

For pharmacist Wong Jee Ing, she said she had a difficult time breastfeeding her first child due to the lack of experience and unsuitable environment.

She admitted that like many other mothers, she thought breastfeeding was easy.

“I did not know the correct way of holding the baby, how to feed the baby, and what a good posture was.

“I did not know why the baby cried – was she hungry, or was it something else?

“It was very stressful. At that moment, you might consider giving up breastfeeding altogether,” she recalled, adding that she had already lost precious time with her firstborn when the baby had to be hospitalised due to infection.

She said she was all alone in the hospital at that time as no family member was allowed in.
“All the nurses were busy, and they had so many patients to attend to, so they could not attend to everyone and teach them how to breastfeed.

“That’s why they needed the support group to come in and teach,” she said.

Wong said she learned the skills through information obtained from the Internet during her two-month maternity leave. She could only fully breastfeed her firstborn when the baby was about a month old. 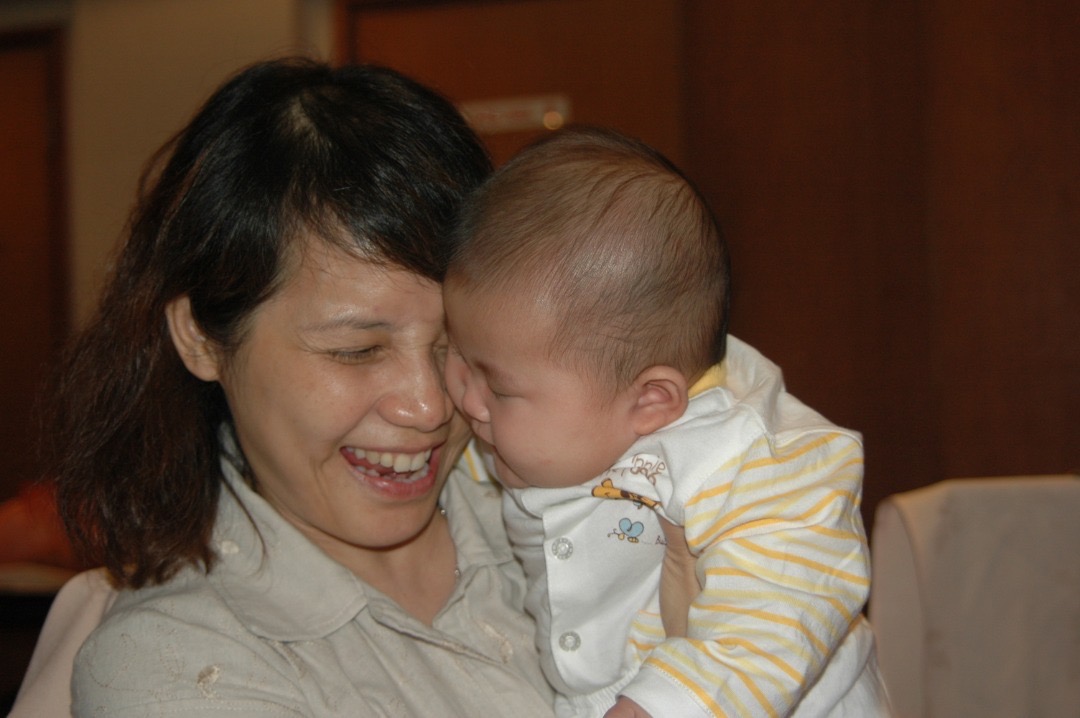 The paediatrician stresses about the importance of talking about breastfeeding in the community so that everyone can play a part. — Photo courtesy of Dr Toh Teck Hock

She also highlighted the ‘extreme importance’ of working mothers to have an environment at home that was conducive to successful breastfeeding.

“While at work, the baby was under the responsibility of those at home.

“I depended on them to give the baby the breast milk that I had pumped earlier.”

The workplace presented another challenge for Wong as there was no decent space for her to express milk.

“The toilet was the only place, which was not hygienic at all.

“The office is an open space, and so is the toilet – meaning people go in and out.

“Some women would resort to using the storeroom, but the problem is people would go in and out as well.

“I believe most women are facing the same problem at their workplaces, and so do many teachers at school,” she said, pointing out that there is only one shopping mall in Sibu that provides facilities for breastfeeding mothers.

A Baby Friendly consultant, Wong said while the support group would encourage mothers to express milk every three to four hours, the frequency would also depend on the baby’s feeding time.

“If the baby needs to be fed every two to three hours, then that would be the frequency for the mother to express milk.

“We do not encourage mothers to drag the feeding time as this would affect the supply of milk that they could produce,” she said.

She also encouraged the working mothers to practise arranging feeding time, expressing milk and storing it for two weeks before going back to work.

“Learn the proper way to store the milk.

“Those who are going to take care of your baby while you’re at work, teach them all about feeding and its timing.

“The mothers also have to check what time they go off from work, so when they are home, they would have milk ready for the babies,” she said.

Wong – whose eldest daughter is now nine and her second daughter, seven – advocated to all mothers to breastfeed their babies for the first six months of their lives, starting within an hour after birth.

This is actually recommended by the World Health Organisation (WHO) as it can protect a baby from infectious and chronic diseases, and also reduces the mortality rate of newborns.

Food could be introduced after six months to go alongside breastfeeding, in not just ensuring optimal growth, but is especially important in addressing the stunting problem in Sarawak.

According to Sarawak Health Department nutritionist Bong Mee Wan, the stunting rate in Sarawak is higher than some other states in Peninsular Malaysia.

She said based on the 2016 National Health and Morbidity Survey (NHMS), stunting prevalence among children below five years in Sarawak was about 20.5 per cent.

“The reason why we have stunted children in Sarawak, I think, is because mothers did not breastfeed them properly in the first six months of their (children’s) lives.

“And then after six months in giving their children complementary (solid) food, maybe it was in the required amount – so not enough calories for the children to grow,” she said, pointing out that once a child is stunted below two years old, the effects are irreversible.

Bong said stunting had been a national issue since 2019 and in this regard, Sarawak had been working hard to curb its prevalence.

“It is scientifically proven that breast milk is the best milk for babies as it contains nutrients and antibodies that formula milk cannot provide.

“Babies must be breastfed in the first six months, and must continue to be breastfed until they are two years old. However, from sixth months onwards, the babies must be given solid food to ensure optimal growth.

“In this respect, feeding the child cannot be the sole responsibility of the mother – other family members must support the mother,” said Bong, who had breastfed all her three children, with her youngest continued to breastfeed until she was three years and a half old.

It is also said that non-breastfed children have a higher risk of getting non-communicable diseases such as obesity, hypertension and diabetes as they grow older.

“For breastfeeding mothers, they have a lower risk of getting various kinds of cancers such as ovarian cancer and breast cancer.

“They also have a lower risk of being down with postpartum depression. Breastfeeding can also help them regain their pre-pregnancy weight quite fast,” said Bong.

‘In need of more awareness, education’

According to Dr Toh, between 40 and 50 per cent of mothers in Sibu are already breastfeeding, but this number is still not enough.

“Definitely, we are seeing high prevalence of breastfeeding from those in the higher educated group and also the upper middle class, but unfortunately, many of those from the lower social status groups are not breastfeeding their children as much due to lack of awareness and education.

“That is why we need to talk about this topic – everyone, not only the doctors, the nurses, the mothers.

“We need to talk about breastfeeding in our community so that everyone can play a part.”

Dr Toh said on the positive side, all government hospitals must now have the Baby Friendly Hospital Initiatives (BFHI) accreditation as means to facilitate breastfeeding mothers.

On the other side of the coin, however, not many private hospitals provided the same facilities as those covered under BFHI, he added.

“Quite a number of private hospitals in Peninsular Malaysia have BFHI.

“In this respect, I hope that the private hospitals in Sarawak would have these facilities for the comfort, safety and convenience of breastfeeding mothers and their babies.”

Dr Toh also called upon experienced mothers and medical staff to come together and support the breastfeeding call.

“So far in Sibu, there are 20 to 30 experienced mothers who go all out in supporting other breastfeeding mothers,” said the paediatrician, whose all three children were breastfed.

He said his firstborn was born in the UK and thus, he was lucky enough to have nurses supporting his wife, and teaching her proper breastfeeding.

“When my wife came home, there were community nurses who visited and supported us.

“Enriched with this experience, my wife just knew what to do when she had our second and third child.

“The job of the mother is to breastfeed, so the other chores at home have to be the father’s job. We have to support each other,” he said.


2022-08-06
Previous Post: Healthcare Cyber Security Market in North America is likely
Next Post: Global investor appetite continues to fade – but not in Turkey