Sustainability as the key to resiliency 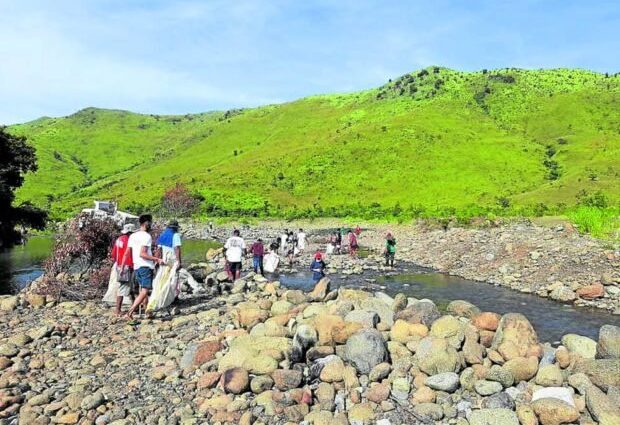 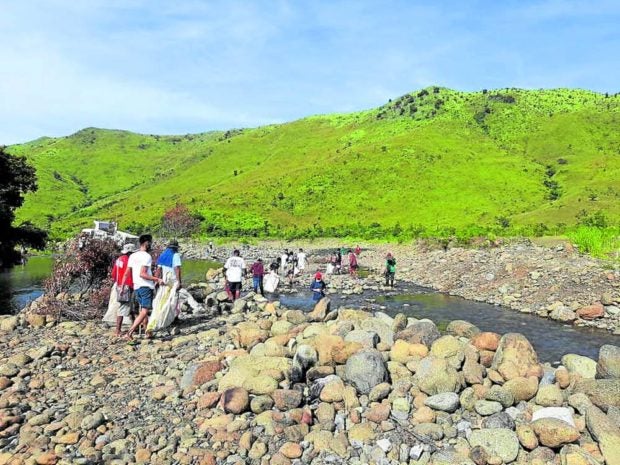 A clean-up drive initiated by the Botolan LGU helps ensure that the local Najeko River would remain free of debris despite the influx of tourists.

The Philippines, with its rich landscape, has always been vulnerable to natural calamities. Thunderstorms, volcanic eruptions, earthquakes—these are just some of the dangers we have faced in the past. And with the onset of global warming, these calamities seemed to have gotten more dangerous in recent years.

With disaster resiliency programs in place, both in the public and private sectors, what else could we do to mitigate the effects of natural calamities? According to the Climate Change Commission (NPTE of CCC), the answer lies in our communities’ efforts to combat climate change.

Fighting a global problem at the local level

“What is global must now be addressed at the local level. What was theoretical now demands practical applications on the ground.” These words were uttered by CCC chairperson-designate Carlos Dominguez III during the 2021 Global Warming and Climate Change Consciousness Week.

This sentiment encourages local government units (LGUs) to implement projects geared towards adapting to climate change. By implementing local measures to fight global warming, our government hopes to empower vulnerable communities to combat the effects of climate change and to better prepare for disasters.

Thankfully, many communities have already begun efforts to take better care of the environment. Such initiatives were rewarded by the Department of Environment and Natural Resources (DENR) through the 2021 Resiliency Awards. These projects serve as exemplary models on how local communities can make a difference and prepare for natural disasters.

The project that won first place in the 2021 Resiliency Awards is commendable not only for its environmental efforts but also for highlighting its feminist achievements. Entitled “Women Leadership, Trailblazers of Environmental Sustainability,” the presentation was made by Annadine Manzinares, Municipal Environment and Natural Resources Officer (MENRO) in Botolan, Zambales. The initiative highlighted the efforts of Botolan in promoting sustainability in their area. 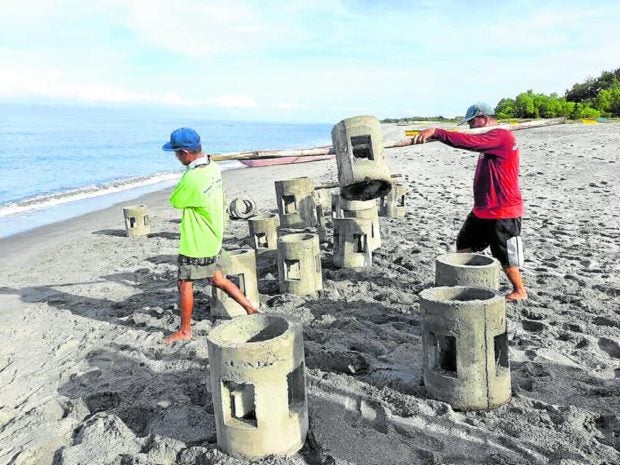 These concrete barriers make up the artificial reef that was installed in Barangay Panan in Botolan, Zambales.

In particular, Botolan has installed artificial reefs with coral transplantation—an initiative that helps enrich marine life and ensure the livelihood of fishermen and tourism-based businesses. Besides this effort, the LGU also implements mangrove and forest reforestation, as well as a solid waste management system. Some of the waste is recycled and turned into income-generating products, such as Eco-bricks and Fish Amino Acid.

The second place winner was represented by Engr. Reynaldo Gonzales of the Office of the City Environment and Natural Resources in Zamboanga City.

For its part, Zamboanga established a transfer station and materials recovery facility, and implemented reforestation projects in the city’s watershed and mangrove forests. The city also established climate-resilient school buildings which are designed with rainwater collection systems and other sustainable features. The LGU further spearheaded the development of the City Waterfront and Heritage Walk as part of its tourism efforts. 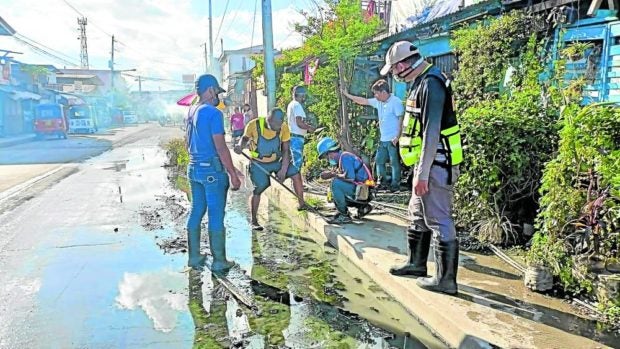 These initiatives have turned Zamboanga into a model city when it comes to reducing greenhouse gases. According to Engr. Gonzales, the city has further reduced their carbon footprint by monitoring their fossil fuel and electricity consumption.

An annual drive to reforest mangroves, replant trees and clean-up coasts won the third prize in the Resiliency Awards. Implemented by the LGU of Bayabas in Surigao del Sur, the project aims to increase the population of mangroves in their area. This would help protect the people from disasters such as storm surges, tsunamis and soil erosion accidents. 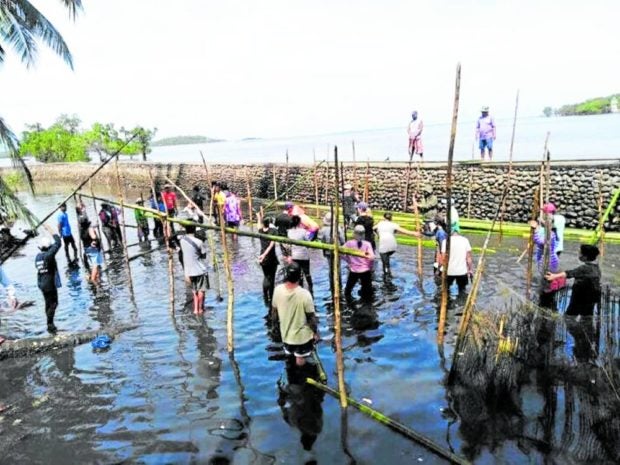 Locals help establish a mangrove nursery at Barangay Magobawok in Bayabas, Surigao del Sur as part of its Sagip-Wakatan program.

As a bonus, the project also allowed the locals to earn their livelihood from the additional tourism and activities generated by the project. The “Gakit festival” was developed as part of the initiative, which boosted eco-tourism in the area.

“For the changing climate, the strong community ownership and co-ownership of ecosystem conservation is a resilient foundation of a community,” said Bayabas Mayor Limbaro.

Going green to save lives

In general, it makes sense to take care of Mother Nature to avoid her wrath. Community-led green initiatives make a lot of difference when it comes to preventing massive destruction from natural calamities. While we cannot predict or prevent earthquakes or storms from happening, we can avoid destruction by protecting our environment.

Hopefully, these community projects mark only the beginning of local efforts to promote sustainability in our country. If these projects help pave the way for other initiatives to take place, there is much hope that the Philippines would be able to better overcome disasters of the future.

2022-08-06
Previous Post: Adulting 101: How to avoid burn-out in a hyper-competitive environment
Next Post: Will the UN declaration spur countries to finally act?