Will the UN declaration spur countries to finally act? 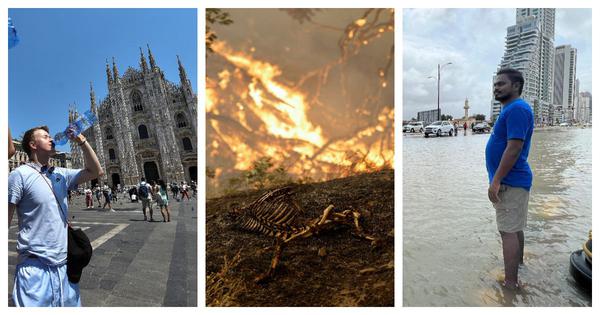 On July 28, the United Nations General Assembly adopted a landmark resolution declaring that access to a clean, healthy and sustainable environment is a universal human right.

It also called on countries, international organisations and businesses to enhance efforts to ensure a healthy environment for all. This follows a similar resolution adopted by the United Nations Human Rights Council in October last year.

Vulnerable groups are the first to be affected, and most intensely, by environmental crises such as climate change, pollution, pandemics and the loss of biodiversity. The resolution recognises that no country or group is immune to the impact of environmental damage.

It states that the consequences of environmental damage are “…felt most acutely by women and girls and those segments of the population that are already in vulnerable situations, including indigenous peoples, children, older persons and persons with disabilities.”

The resolution reflects the political commitment of member states and a moral obligation to amplify actions on environmental issues. The global recognition of the right should propel the framing of rights-based policies and legislation within countries and in regional multilateral frameworks.

It can also lend strength to environmental movements and vulnerable communities, enabling them to more effectively and strenuously advocate for their rights.

The resolution is not legally binding. Some member states, including India, while voting in favour of the resolution, objected to the first operative paragraph that recognises the right to a clean, healthy and sustainable environment. It stated that general assembly resolutions do not create binding obligations, which kick in only through conventions and treaties.

Thus, member states, regardless of their understanding of the nature of the resolution, are obliged to work on their commitments, global and domestic, and ensure that they are implemented fully and effectively – this would be a step towards operationalising the right.

Experts of the United Nations have pointed out that all member states have obligations related to the enjoyment of a healthy environment, including those that may not yet have recognised such a right.

A comprehensive set of Framework Principles in 2018 set out these basic obligations – based on existing norms – and states are urged to accept the principles as “a reflection of actual or emerging international human rights law”.

Experts have also mapped a number of good practices from across the world, demonstrating that while the explicit recognition of the right would be ideal, the lack of recognition in no way pre-empts countries from applying human rights norms to environmental issues.

Courts in India, for example, have interpreted the right to life under Article 21 of the Constitution to include, among other things, the right to a pollution-free environment.

On June 30, Brazil’s Supreme Court ruled that the Paris Agreement on climate change is a human rights treaty and would override or invalidate any domestic law or decree contrary to its provisions. The Paris Agreement, adopted in 2015, is aimed at limiting global warming to below 2 degrees Celsius,

Chile’s new draft constitution – Articles 127-133 – proclaims that “nature has rights” and sets out “the duty of the State to adopt prevention, adaptation and mitigation actions of the risks, vulnerabilities and effects caused by the climatic and ecological crisis”.

Giving effect to the right to a healthy environment would involve the realisation of substantive rights such as the right to clean air, safe climate, access to safe water and adequate sanitation, healthy and sustainably produced food, non-toxic environments to live, work, study and play in, and healthy biodiversity and ecosystems.

The procedural elements of the right to a healthy environment also include access to information, public participation and access to justice, which the general assembly resolution recognises in the introductory paragraph.

Countries and businesses must realise by now that environmental justice is no longer a vague or distant notion. Environment campaigners across the world have successfully used litigation to address the harm caused by business.

In a high-profile case People vs Shell, a court in The Hague in May 2021 ordered the oil company Shell to reduce its carbon dioxide emissions by 45% from its 2019 levels by 2030. In April 2021, in Neubauer vs Germany, the German Constitutional Court ordered the government to set more precise emission reduction targets and also observed the fact that “no state can resolve the problems of climate change on its own …does not invalidate the national obligation to take climate action.”

A legally binding convention on the right to a healthy environment might be years in the making. However, existing norms and standards already provide a robust framework for countries and other stakeholders to begin institutionalising and operationalising the right.

The steady increase in rights-based litigation is a signal that governments as well as corporations can no longer evade responsibility for their actions or inaction. The general assembly resolution must be seen as yet another timely reminder of their obligations.