Emirati CEO helps entrepreneurs realise their dreams, in the UAE 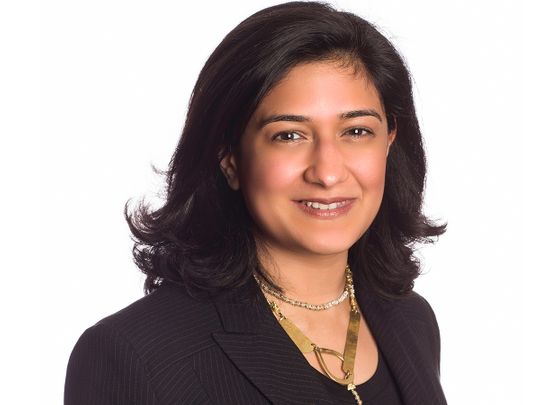 As someone who studied in Stanford University and got exposed to the Silicon Valley culture, entrepreneurship seemed like a probable career choice for Emirati national Najla Al Midfa, CEO of Sharjah Entrepreneurship Center (Sheraa).

Instead, she chose management consulting and worked in the US for a couple of years before returning to the UAE in 2010, eventually embarking on a path to support entrepreneurs. But it wasn’t a “planned move”, she said, during an exclusive interview with Gulf News.

Back in 2010 the regional entrepreneurial ecosystem was in its nascent stage. Entrepreneurship wasn’t even spoken about in the way it is today, Midfa recollected. “So, when I got a job with the Khalifa Fund, my decision to give up a thriving career in management consulting to enter the sector, perplexed many.

“But to me, it was an opportunity to use my skills to help young Emirati entrepreneurs with their business ideas. In many ways it was like my previous consulting work. Only difference being this time I was supporting small entities and individuals understand the fundamentals of setting up a business.”

Given you moved back to the UAE at a point when the start-up culture as we know it today was taking off, do you believe you were in the right place at the right time?

Midfa: “I strongly believe so not only because of the opportunity to work with Khalifa Fund but another similar opportunity with Sheraa in my home Emirate of Sharjah. Looking back, I feel as if I got a seat on the rocket ship, the entrepreneurial ecosystem. Not only did I get the chance to see the entrepreneurial ecosystem flourish but also played an active role in nurturing and supporting start-ups.”

How have you seen the entrepreneurial ecosystem in Sharjah evolve over the past decade?

Midfa: “A decade ago Sharjah had universities and young talent but lacked an entrepreneurship platform until Sheraa was launched in 2016. The mandate was to support young entrepreneurs start their businesses. Six years on, we’ve supported entrepreneurs at various stages of their journey, and during this time our start-ups have raised over $125 million (Dh460 million) in capital and generated $185 million-plus (over Dh680 million) in revenue. And it all started with an idea!”

What are some unique factors that helped Sharjah evolve as an entrepreneurial hub?

Midfa: “Sharjah has a critical mass of young talent which helped the Emirate evolve into an entrepreneurial and innovation hub very quickly. Over the years we’ve had the chance to work with high potential university students although the goal wasn’t to turn all of them into entrepreneurs. The goal was to equip these students with the right skillsets for the future of workplace while also building an entrepreneurial mindset among them. It served the twin purpose of creating a strong talent pool that start-ups could leverage on while helping graduates build their own business. Moreover, Sharjah’s position as a creative and educational hub, coupled with its strengthening focus on ‘green’ initiatives is attracting a lot of creative, edtech and sustainability focused start-ups.”

What are the different stages of funding for an entrepreneur?

Fundraising rounds allow investors to invest money into a growing company in exchange for equity or ownership. The initial investment – also known as seed funding – is followed by various rounds, known as Series A, B, and C. A new valuation is done at the time of each funding round.

However, the earliest stage of funding a new company comes so early in the process that it is not generally included among the rounds of funding at all. Known as ‘pre-seed’ funding, this stage typically refers to the period in which a company’s founders are first getting their operations off the ground.

Has the fundraising landscape evolved too?

Midfa: “The fundraising landscape has evolved significantly versus a decade ago, although gaps exist. On the scaleup side growth capital remains a challenge beyond Series B financing and at the super early stage of ‘pre-seed’. But there is a sweet spot at ‘seed’ funding and Series A financing. In addition, with investors interested in specific sectors such as fintech [currently], other sectors such as hardware and deep tech are still under-funded. We need diversity of investors looking to invest in a variety of sectors. Overall, the funding ecosystem continues to grow, and these gaps will be plugged with the entry of international venture capital (VC) firms such as US-based Sequoia Capital.”

Even after getting funded some prominent start-ups shut down. What are some financial mistakes that start-ups tend to make and must avoid?

Midfa: “First, I feel it’s not a good idea to treat fundraising as a vanity metric. It’s extremely important to look at other metrics of success beyond fundraising. Second, in a bull market (explained below) when capital is relatively easy to come by VCs are comfortable with the cash burn (explained below) narrative to achieve blitz scale or growth at any cost. The problem is economies go in cycles and during a downturn the same VCs speak about conserving cash and think of fundamentals like profitability. This switch of narrative can negatively impact start-ups. Hence, there is a collective onus on VCs and ecosystem builders to encourage start-ups to be prudent with cash, have a clear path to profitability and grow sustainably.”

Explained: Bull market, cash burn and VCs – what it all means

A ‘bull’ market, mostly associated with the stock market, is the condition of a financial market in which prices are rising or are expected to rise.

The rate of ‘cash burn’ is the rate at which a new company is spending its venture capital to finance overhead before generating positive cash.

A venture capitalist (VC) is a private equity investor that provides capital to companies with high growth potential in exchange for an equity stake.

What is an oft-repeated financial advice that you give to entrepreneurs?

Midfa: “Cash is king so be prudent with your cash. That’s what I learnt in university, and it holds true regardless of how the entrepreneurial ecosystem evolves.”

Would you agree that there are misconceptions around age being a barrier to entrepreneurship?

Midfa: “There is a certain kind of romanticism around college dropouts building unicorns. Whereas the reality is most successful entrepreneurs tend to be in their late 30s and 40s. Irrespective of age as well as economic background and nationality, access must be provided to those who are really interested to start their business. In this context, decision by the UAE government to allow Emirati public sector employees to take a year off to build their businesses are steps in the right direction. Such initiatives are a timely reminder that it’s never too late to start something new after understanding the opportunities and pain points. After all, our goal is to create a diverse and inclusive ecosystem where everyone feels included.”

I feel it’s not a good idea to treat fundraising as a vanity metric. It’s extremely important to look at other metrics of success beyond fundraising

Fear of failure and the hustle culture adversely impact entrepreneurs. Could you please share your thoughts on both?

Midfa: “There are two aspects to the fear of failure, one that prevents a person from even starting out. That’s why ecosystem builders must consciously focus on destigmatising failure among youth by constantly emphasising on the need to try irrespective of the outcome. The other extreme is getting completely burnt out to make the start-up successful leading to a hustle culture. Hence, alongside basics of business and products, as an ecosystem builder and supporter we’ve a huge responsibility to ensure founder wellness.“

When you look at the future of entrepreneurship in the region what excites you the most?

Midfa: “When I look at the at the future of entrepreneurship in the region, one thing I feel proud about is how some brilliant ideas have come from young minds who have not even graduated yet. Since the entrepreneurial ecosystem is no longer at a nascent stage and we have several success stories from the region, it should serve as inspiration for the next generation of changemakers. I’m genuinely excited to see the rise of many more innovative start-ups born in the region with global ambitions. Further, as we invest more in research and development activities, more innovation will emerge from the region.”

A message for the start-up community?

Midfa: “Beyond tactical advice on finance and fundraising, I’d like to strongly suggest entrepreneurs to be part of a community because entrepreneurship can be a lonely journey.”

2022-08-18
Previous Post: The Analyst Prompt #15: Network Environment-Focused Conversations Needed in Approaches to Cyber Security
Next Post: Improving the resilience of our forest and communities | Environment