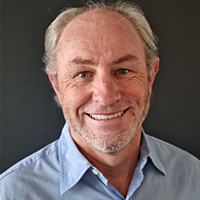 I read an article recently, in which a journalist was reporting on a piece of simple financial advice from American billionaire Mark Cuban. When asked what one should do to get rich, Cuban responded that first and foremost you should save your money. This journalist, then went on to note that many “pros” agree with Cuban that saving money can make you, if not rich then at least, richer and he, the journalist not Mark Cuban, stated that the good news is that savings accounts are now paying far more than they did a year ago.

Unfortunately, while technically correct, the journalist was only considering returns from a total or nominal return perspective and not considering the impact of inflation on the “real” value of an investment. Real return refers to the return on an investment after deducting the relevant inflation rate.

In this article I will

Now, many comparisons have been drawn between the current macro-economic environment and the mid to late 1970’s. Well, here is another.

“Real interest rates in Australia and the USA haven’t been this negative
since … you guessed it, the mid to late 1970s.”

The charts below detail the interest rate and inflation environments in Australia and the United States since 1970; a period of more than fifty years. I have also shown the real interest rate that investors received over that time.

Note: The 90-day Bank bill rate (Australia) and the 90-day Tbill rate (USA) have been used as proxy for the short-term deposit rate.

Now in a perfect world, an investor should not receive large real returns for investing in a risk-free product. They should receive the inflation rate plus a small real margin[i]. But the same investor certainly shouldn’t lose money in a real sense. Yet, as can be seen from these charts, investors in Australia and the USA are currently losing on average more than 5% per annum due to the difference between interest rates and inflation. And this has not occurred since the mid-to-late 1970s!

So going back to the journalist’s comment, while investors are receiving the best deposit rates they have since early 2019, it’s the worst investment environment in “real” terms in forty-plus years.

And that is probably the reason this mistake by the journalist is so common. Investors have not had to give serious consideration to real returns for almost two generations. At least that is the case in Australia. Real returns on deposits in the United States have been negative for most of the past 14 years. If all you had done in the USA since September 2007 was put your money in 90-day T-Bills (admittedly not a very good strategy), then $100 invested would in 2022 be worth $109 in nominal terms, but only $78 in real terms. Not a particularly good get rich strategy.

And this situation is not just relevant to relatively risk-free investments. Any investment that currently does not yield 6+% in Australia or 9+% in the USA is, in a very real sense, losing money.

While in the example above it took our theoretical investor 15 years to lose 22% of their investment, in today’s inflation environment that same $100 invested, based on a real rate of return of negative 5% would be worth $78 in only four years.  Hence, it is now time to take real returns very seriously.

So, how should an investor alter their perspective in a high inflation environment?

There are a range of strategies that an investor, once aware of the situation, can adopt.

There are many market watchers who hold the view that these high inflation levels are transitory and I know that the July inflation print in the USA was lower at 8.5% annualised. Yet it is probably too early to declare victory. And for those who hold to this belief, a key learning from the 1970s and 1980s is that it took three years in the USA and ten years in Australia for inflation to fall back to reasonable levels after reaching its peak. That’s a long wait and a lot of damage to real investment wealth in the meantime.

If inflation stays at elevated levels, there is little doubt that central banks will have to raise interest rates to combat inflation and this should benefit deposit rates and, assuming stable inflation, real rates. Once again, looking at the late 1970s and early 1980s, in Australia it took almost three years before deposits yielded a positive real return from maximum inflation. In the United States rates responded far quicker[ii], and it was a relatively short period of time before rates turned positive in a real sense. This may help explain why Australia had a problem with inflation for almost ten years.

Alter your investment asset allocation to include a greater level of investment in assets that yield a return in excess of the inflation rate. Obviously, this strategy comes with additional risk of capital loss.

I do not favour any of the three strategies above. What I do recommend is firstly; to understand the impact of high inflation on your net worth and then to ensure that all investment decisions build a consideration of inflation into the investment analysis.

Factors that have taken in increased importance in our analysis over the past 18 months include:

Learn from the Past

There is a classic saying often attributed to Mark Twain that goes “History never repeats itself, but it does often rhyme”. During the last phase of high inflation there were certain cross-asset and equity sectors that outperformed inflation. While there may be unique reasons why each of these classes may or may not out-perform this time round, they like all things in investing can be “more of a guideline than an actual rule”[iii].

Does an investment have the ability to alter prices to manage this inflation environment and how quickly can prices be changed? Investments with market pricing power, will be able to pass on inflation. This applies equally to equity and debt investments. Invest in credit investments with floating rates that will move with rising rates not long-term fixed rate products. There are also inflation protection credit products in the market that are worthy of investigation.

How leveraged is an investment to increases in input costs? A business with a 50% gross margin[iv] will usually manage in inflationary times far better than one with a 10% gross margin.

A big concern for the ability to control inflation moving forward is what will happen if wages get out of control? It is well documented that real wages have been declining for some 10 years in a low inflation environment. However, in a high inflation environment, it is unlikely that businesses will be able to keep a lid on their wages cost. Companies with significant investment in human capital face material risk in this environment. Conversely businesses with high levels of automation are likely to perform better.

How exposed are the profits of an investment to increases in interest rates? Does it have large portions of its debt that were fixed before rates increased or is its debt fully floating and therefore exposed to potential rate rises?  Investments that are heavily leveraged will become unprofitable far quicker than those that are not.

We are all aware that the value of an investment equals the discounted value of its future cash flows. Inflation and increases in the risk-free rate affect the future value of all investments, which partly explains the market correction in the first six months of the year.  Embedded high inflation has a far larger impact on investments with forecast cash flows that are focused many years out than those due to occur in the short term. This can easily be seen in the price declines experienced by many tech stocks.

Even after one applies all of the above analysis to an investment strategy, it is highly likely that an investor will want/need to allocate part of their portfolio to liquid short-term investment grade assets that will yield a negative real return. This should be incorporated into the consideration of the total expected return of a portfolio and if appropriate the allocation to other risk assets may need to be adjusted to focus on longer-term assets with higher expected real returns.

For me to suggest that I know where inflation will head tomorrow would be folly. Unfortunately, I don’t have that level of insight. What I do know is that inflation is a problem today and the best predictor of tomorrow, is today. In this environment, which is very new for most investors, flexibility is critical and a different set of filters has become paramount in our investment analysis.

What is also clear to me is that there are many factors that contribute to the current inflation environment including geopolitics and the collapse of global supply chains.  Central banks have absolutely no tools to address these contributing factors., which is not fundamentally different to the 1970s and 1980s when  the world faced dealing with the Iran / Iraq military conflict (1980 -1988) and the Oil crisis (1973 – 1979).  As such the decisions we make today should at the very least put us in the best possible position to manage an inflation environment that may exist for an extended period of time.

[i] There are valid reasons for negative real interest rates, primarily centred around central banks trying to encourage consumers to spend. This is not one of those times.

[ii] This may have been attributable to the fact that the US Fed published its rate enabling markets to respond more efficiently. The Australian RBA did not publish target rates until 1990, which in part was attributable to the complexities of managing inflation in the 1980s.

[iv] The difference between a sale price and the cost of manufacturing that product or service.