a growing concern for Cleveland Water

CLEVELAND — Plastic is not intended for human consumption, yet Shelly Helsel, a chemist for Cleveland Water, said people are almost certainly ingesting it every day.

“The range of microplastics is really huge,” Helsel said. “Actually, it can go from the size of a pencil eraser, down to nanoscopic, which is even too hard to test for.”

What You Need To Know

Helsel said most plastic enters the environment as things you can recognize, like water bottles, containers and food wrappers. Over time, they break down into smaller pieces called microplastics.

“It’s really hard to test for microplastics because it’s in the air and it’s in our lab equipment and in the piping to your sink,” Helsel said.

When drinking water, or other beverages made with water, eat fish, or consume other food processed with water, Helsel said microplastics are likely present. 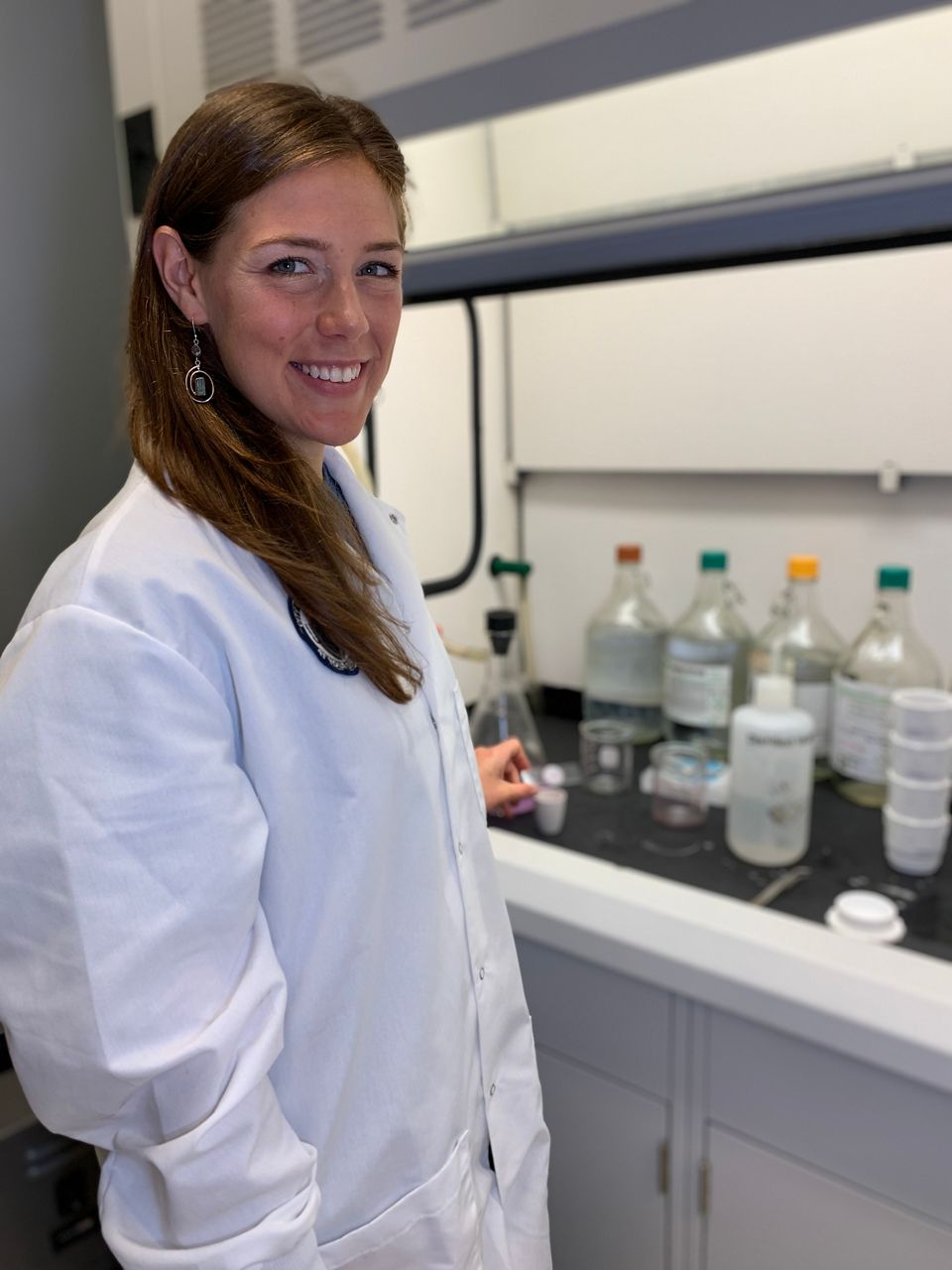 But this problem didn’t happen overnight. Plastic pollution has been an issue worldwide for decades, one that’s escalated quickly since plastic was invented in the early 1900s, and now microplastics are a result.

“Plastic never goes away. You can recycle it, but once it’s in the environment, it never breaks down like a tree does. It’s never going to turn into a new life form. It’s always going to be plastic,” Helsel said. “Less than 10 years ago, microbeads were a big topic in in the news and they were banned. They used to be advertised for exfoliation and toothpaste and face wash and and all sorts of personal care products. And then we realized that they’re too small to treat in our wastewater treatment and they were just building up in their environment and fish are eating them. They’re being found in oysters. And they decided they shouldn’t be putting microscopic bits of plastic in our personal care products anymore.”

“There’s microplastics in the polar ice, believe it or not, and there’s nobody up there,” Moegling said. “We have found that microplastics is actually a large issue. And in fact, Great Lakes in particular are very susceptible to microplastics, because of the enormous amount of industry and the concentration of the population around the lakes, that correlates to the amount of microplastics you’ll see in Lake Erie, just through pollution and through wastewater treatment.”

The Cleveland Water Department said it began testing for microplastics in 2019. They’re still working to understand the problem. Helsel said the most common type of microplastic she sees in Cleveland’s water is microfibers.

“I first started this research because I monitor for algae in the water. And I would see a blue fiber show up while I’m looking for algae. And there’s no blue fibers that grow in the water that I know of,” Helsel said. “So I without doing any of this processing, I could see in my normal samples a microfiber. But that was in our raw water. So that’s the water straight from the lake, before it’s been treated.”

Helsel said most clothing contains plastic, such as anything containing polyester or nylon. When the clothes are washed, the fibers are shed into the environment.

SHOULD WE BE CONCERNED?

But are microplastics harmful to our health? Right now, The World Health Organization states there isn’t enough evidence and research to know. Testing methods are still being developed.

“The World Health Organization, says that we should be focusing on things that we actually know are dangerous, like bacteria and different chemicals in the environment,” Helsel said. “There’s not enough research to say that we should be concerned.”

Although the thought of drinking microplastics may seem concerning, Moegling said the exposure to microplastics is much greater through everyday living.

“Plastics are pervasive in the entire economy. They’re everywhere. They come in different forms and they’re made of different materials,” Moegling said. “You know, if I were to rub this polyester tie, I’ve just released microplastics into the air. So they’re everywhere. And but that’s also reflective of our dependency upon plastics for everyday living.” 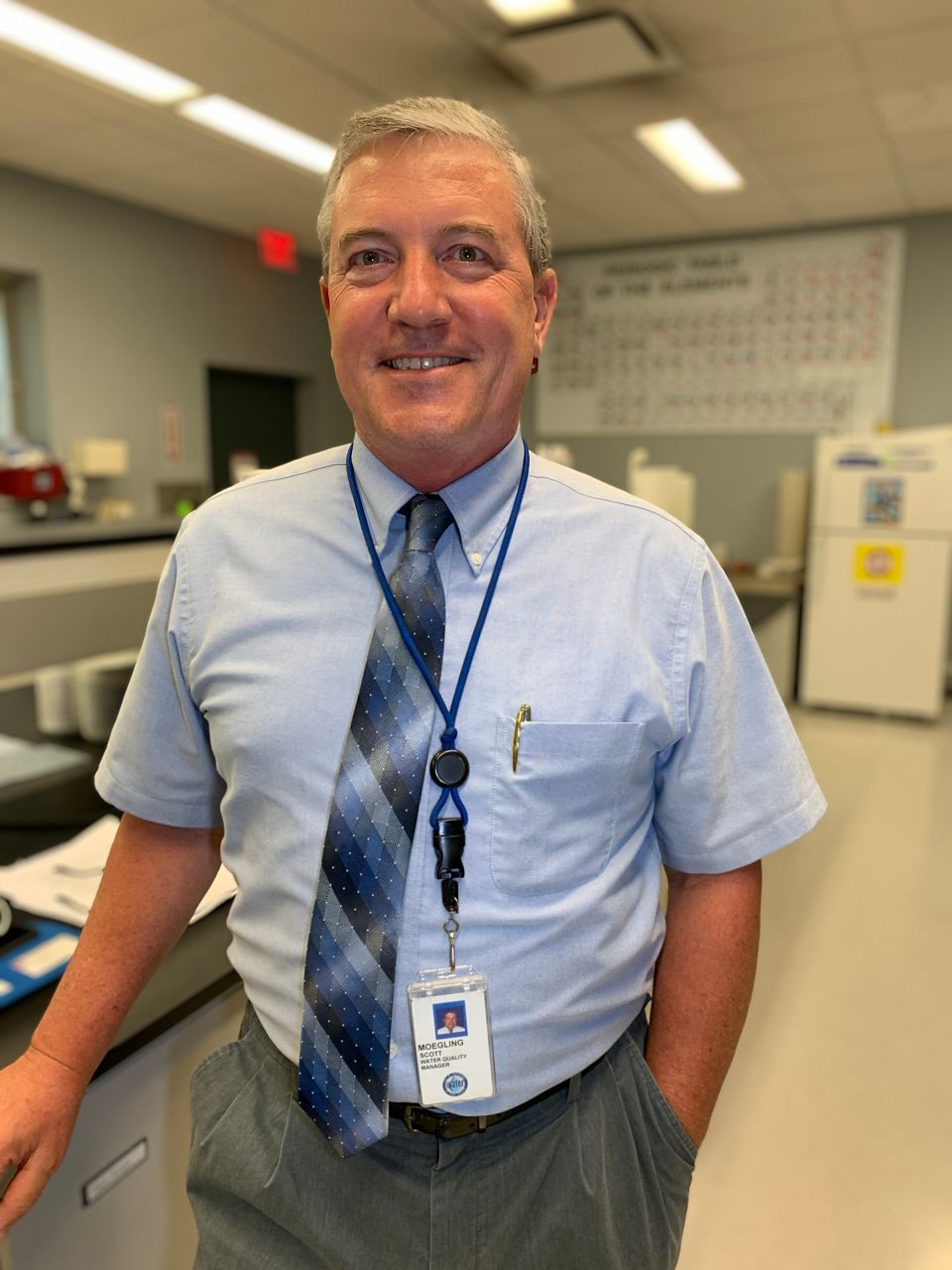 Cleveland Water said their treatment process is geared toward removing most particulates and their water intakes are placed miles out in Lake Erie.

“I think the first thing to make sure that everyone’s aware of is that our water is safe. Microplastics are an emerging concern. They are a widespread concern. But one of the things that we’re banking on is that we typically remove particles that are much smaller than the average microplastic. And by default, we would assume that we can get as good a removal of microplastics if they were present,” Moegling said. “Microplastics tend to float, or they sink, they don’t tend to be in the middle of the water column. So where we get our water from is typically in a very low probability for microplastics. So what we see the very low numbers, what we would get, we should be able to treat.”

Cleveland Water said the water they produce has very low numbers of microplastics, about half of what is seen in purified bottled water. Helsel tests both the raw water from Lake Erie and packs of purified bottle water.

“Our tap water, generally, we found fibers, that was the most common thing. And the bottled water were like sharp fragments, shards-looking. So that was just interesting to be able to compare those two things,” Helsel said.”If you’re concerned about microplastics, then drinking bottled water would not be the answer. That is a cause of microplastics.

It’s a human-made problem, and Helsel said that means humans can make a difference.

How you can help reduce the amount of microplastics in the environment: 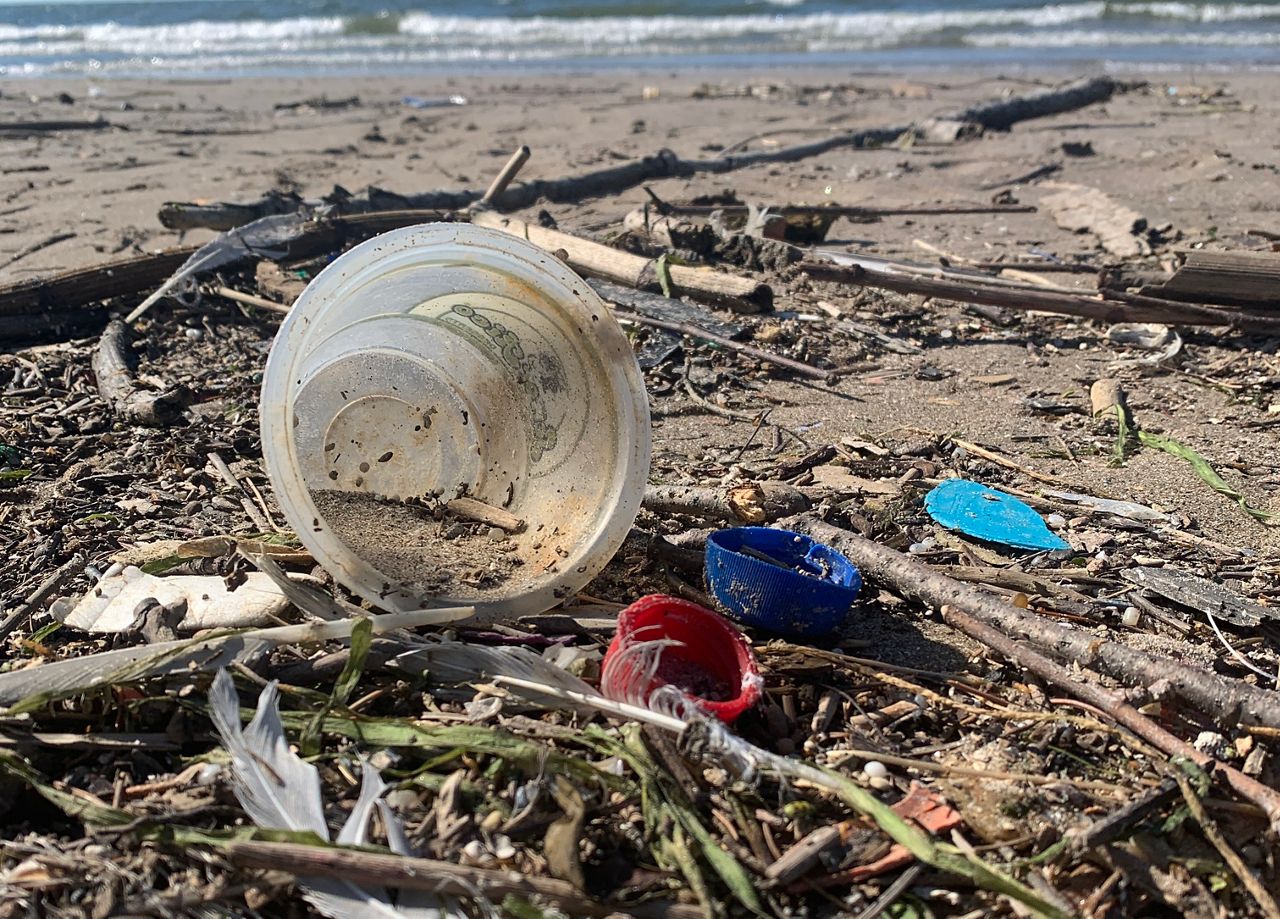 These water experts said in order to protect ourselves, we need to protect the environment.

“There is no backup Lake Erie,” Moegling said. “What we have is what we have. We need to protect it and keep it as pristine as we can.”

For more information about microplastics in Lake Erie, click here.