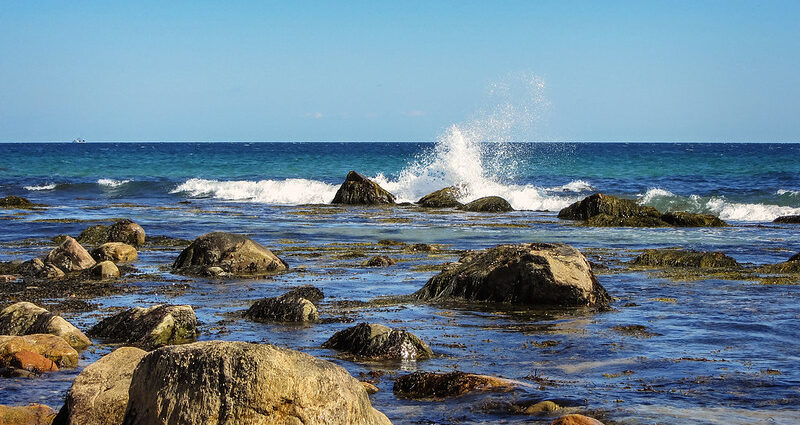 KINGSTON, R.I. – Sept. 7, 2022 – Like the environment itself, reasons to be worried about it are all around us – air pollution and plastics in the ocean, drought and wildfires, rising sea levels and global warming. Looking for answers, we many times turn to scientists and researchers. But scholars in the humanities also play a vital role.

This academic year, the University of Rhode Island Center for the Humanities will focus its third annual lecture series on the contributions of environmental humanities scholars – such as environmental historians, literary scholars, writers, and musicians – to highlight the role of the humanities in understanding and addressing some of the most important issues we face.

“Re-Envisioning Nature: An Environmental Humanities Lecture Series” – which opens Wednesday, Sept. 21, with Princeton University literary scholar Rob Nixon – will present seven virtual and in-person discussions over the year featuring writers, scholars, musicians, and activists. The lectures, all available online, are free and open to the public. Registration is required.

“Our goal in all of our programming is to show the relevance of the humanities to understanding, interpreting and engaging with the pressing questions of the day,” said Evelyn Sterne, the center’s director. “Like everyone else, we’re thinking about the environmental crisis and where our planet is heading, and we feel the growing field of environmental humanities has a lot to contribute. The humanities can shed a lot of light on how we interpret our environment and envision its future.”

Associate Professor Erik Loomis, an environmental and labor historian, was instrumental in coming up with the idea for this year’s series. The multidisciplinary field of environmental humanities helps to explain the work of scientists and provides ways of understanding and responding to the natural world, he said.

“A lot of times when we think about environmentalism or environmental work, including here at URI, the focus is very much on the sciences,” said Loomis. “That’s fine, except who translates what the sciences are saying into things people can read and understand? People aren’t reading scientific papers, but people are reading books about climate change and they’re reading things that help them understand the world around them, inspire them to go out into nature.”

The series opens Sept. 21 with Nixon, the Currie C. and Thomas A. Barron Family Professor of Humanities and the Environment at Princeton, discussing “Slow Violence and Our Political Moment.” The virtual event starts at 4 p.m. Nixon, author of “Slow Violence and the Environmentalism of the Poor,” defines “slow violence” as damage, on many fronts, that plays out unseen over years or decades. He will explore it in connection to such urgent issues as climate change, the Black Lives Matter movement, the pandemic, and the future of fracking.

“My focus is on drawing attention to the slow, unfolding environmental catastrophes that inflict incremental but cumulative harms. Often, time becomes a way of camouflaging the long-term fallout from actions that recede from memory,” Nixon said. “As the old chestnut has it: in journalism ‘if it bleeds it leads.’ Yet long-term, bloodless fatalities (such as from Agent Orange or nuclear fallout or depleted uranium) typically result in higher death tolls than from gunshots or stabbings.”

On Thursday, Oct. 13, Jeffrey Bolster, professor emeritus at the University of New Hampshire, will discuss “The Mortal Sea: Fishing the Atlantic in the Age of Sail,” in the Higgins Welcome Center, 45 Upper College Road, at 4 p.m. A historian and professional mariner, Bolster will blend marine biology, ecological insight and a large cast of explorers, scientists and fishermen to show how overfishing is far more than a contemporary problem.

On Wednesday, Oct. 26, Rosalyn LaPier, an Indigenous scholar, writer, environmental historian, and history professor at the University of Illinois, Urbana-Champaign, will talk on “Indigenous Women’s Knowledge: Prairies, Power, and Plants.” A member of the Blackfeet Tribe of Montana and Métis, LaPier will discuss how women harvesting plants were essential to the story of Indigenous peoples on the northern Great Plains – as opposed to the common belief about men hunting bison.

Her presentation, which will be held in the Higgins Welcome Center at 4 p.m., is the Eleanor Carlson Lecture of the Department of Gender and Women’s Studies.

Closing out the fall semester, the center will host a conversation with Terry Tempest Williams, prolific poet and writer, conservationist, and free speech advocate, on Thursday, Dec. 1, at 4 p.m. in the Higgins Welcome Center. Williams has often been called a “citizen writer” whose work consistently connects environmental and social issues with matters of justice – including those concerning citizens of southern Utah, including her family, which was exposed to open-air nuclear tests in Nevada in the 1950s.

Williams will give a reading from her works and take part in a question-and-answer session with Jen Riley, dean of the College of Arts and Sciences, who has researched and written on Williams’ work.

The year-long series continues in the spring with three events, closing on April 13 with Pulitzer Prize-winning science writer Elizabeth Kolbert, author of such acclaimed books as “The Sixth Extinction: An Unnatural History” and “Under a White Sky: The Nature of the Future.” Plans for the spring events are still in the works. To register for the fall events or learn about upcoming lectures, go to the series’ webpage.

“This has been a new direction for the center the last few years as we organize a lot of high- profile, public-facing programming,” said Sterne. “We hope it appeals not only across the disciplinary boundaries of the University, but also to members of the public, our alumni, and our community.”

“Re-Envisioning Nature” is sponsored by the Center for the Humanities, along with the University’s College of Arts and Sciences, College of the Environment and Life Sciences, Department of Music, Department of Gender and Women’s Studies, the Gender and Sexuality Center, Honors Program, Office of the Provost, Division of Research and Economic Development, the Multicultural Student Services Center, and the Hillel Center.