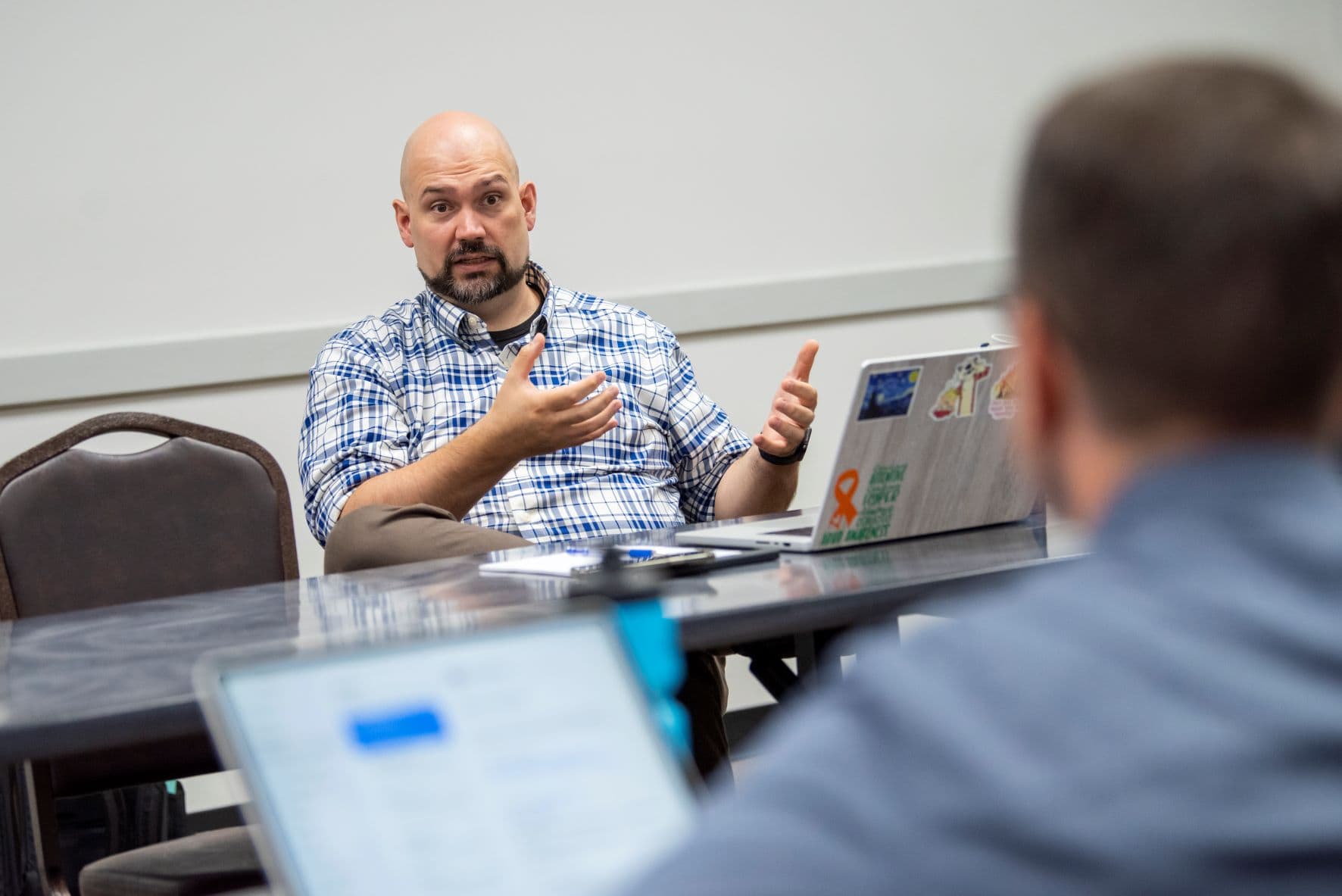 Kevin Sexton, M.D., here at a recent planning retreat, is making organizational changes at BioVentures that he hopes will help more researchers commercialize their discoveries.

Sept. 8, 2022 | Kevin Sexton, M.D., stepped into the role as president of BioVentures LLC this year with a vision and a plan for increasing commercialization resources to University of Arkansas for Medical Sciences (UAMS)-affiliated researchers.

Within a few months, the BioVentures team expanded to include successful academic researchers with strong backgrounds in the commercialization of intellectual property.

“We’re researchers; we’re clinicians,” said Sexton, a surgeon, inventor and entrepreneur. “Our vision is to help change the culture of UAMS. We want to bring entrepreneurial resources and training so that we can make innovation an integral part of the UAMS ecosystem and the economic engine of our university.”

His team will be building relationships with faculty, departments and institutes across UAMS, along with a program of resources to help their fellow researchers develop their technologies, he added. 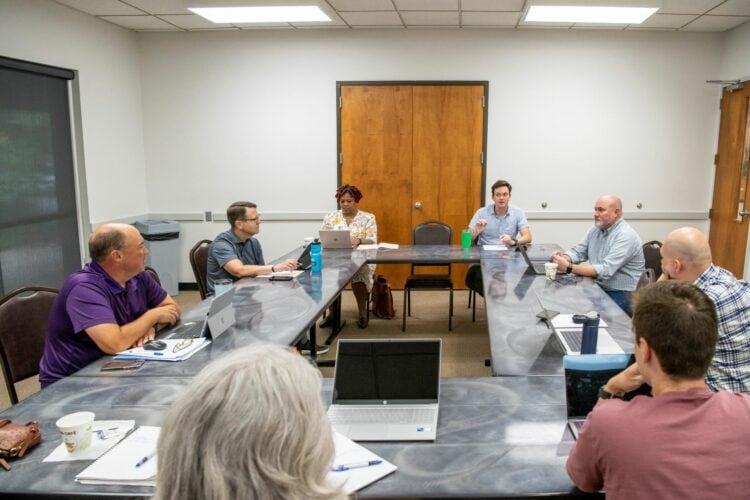 One of the new team leaders at BioVentures is Eric Peterson, Ph.D., executive vice president. He is overseeing two recently established programs. They are:

Other initiatives to help researchers are under development, including:

The one-year awards are tiered, with Tier 1 providing up to $10,000 for new discoveries that have been reviewed by the UAMS Patent and Copyright Committee and have received a “Retain Rights and Encourage Further Development” decision. Tier 2 awards support technologies in later stages of development with a provisional patent and needing additional data to support a full patent application.

The awards support the development of technologies that have secured or are securing intellectual property protection but need additional resources for proof-of-principle support of the technologies.

“We’re very excited about this new award program,” said Peterson, chair of the UAMS Patent and Copyright Committee, an associate professor in the College of Medicine Department of Pharmacology and Toxicology and an inventor.

The awards are currently funded by BioVentures.

“Our aim with the BioVentures Development Award is to encourage more researchers to submit invention disclosures, and we believe it will,” Peterson said. “Funding for commercialization projects has always been in short supply, and these awards can make a big difference in a researcher’s ability to accelerate work on their inventions.”

Sexton has facilitated partnerships with IDHI and the University of Arkansas to establish a staff of engineers and a faculty supervisor who can help inventors build their prototypes. The team is in place and already has contracts to help develop medical device prototypes.

“The goal is the same as the grants development program — to provide the resources our researchers need to create a functional prototype or minimum viable product,” Sexton said.

BioVentures aims to connect with early-career researchers as soon as they join UAMS and is reaching out to more experienced researchers, as well.

“A lot of our inventors have great ideas, but they probably don’t have the technical skills to develop a prototype,” Sexton said. “We want to be a partner with them in how they plan their research so that commercialization becomes the natural evolution of how we are doing research and bringing our discoveries to market.”

NIH SBIR/STTR funding can be significant, Peterson said, and yet few researchers apply for it.

“It’s not exactly straight forward for a researcher to manage commercialization, small business creation and their academic career,” Peterson said.

Research faculty interested in forming a startup company to receive SBIR/STTR funds will be provided with a roadmap and best practices for achieving their goals while maintaining their academic career, he said.

Sexton said it is an opportunity for UAMS to diversify its research revenue streams at a time when traditional NIH funding sources are flat.

“This is another way for researchers to support their labs and develop technologies as well,” Sexton said. “We’re partnering with Dr. Griffin to build the infrastructure to apply for these awards. He and other faculty with SBIR/STTR experience are advising us so that we can develop systems that make this much easier for them to do.”

Peterson added that Griffin “is the perfect person to lead the initiative and serve as a resource for UAMS-affiliated researchers because he has navigated all of it and has been a successful applicant for SBIR funding.”

Sexton said he and his team will work with researchers interested in commercialization to produce a technology assessment report, which will serve as a basis for an SBIR or STTR funding application.

“At the end of the day, we are putting in place a system that gives researchers the best opportunity to make their discoveries commercially available,” Sexton said.