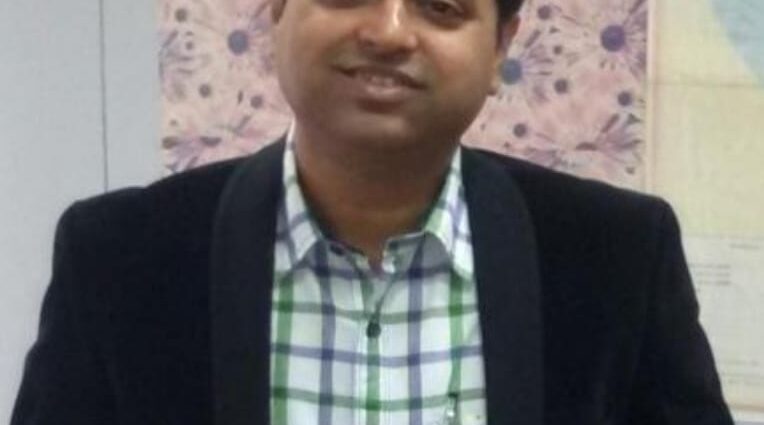 In the past decade, Software Technology Parks of India (STPI), Bhubaneswar, led by Shri Manas Panda, the incumbent Director, have contributed immensely to the institution’s evolution. STIs began as a system for supporting startup companies in their entrepreneurial journey. Today, STPIs do not exist in a silo. Instead, their partnership with Government, Academia, and industry creates groundbreaking innovation ecosystems.

STPI, Bhubaneswar, has caught up with this progressive wave and is always at the forefront due to the hard work and visionary approach of Shri Panda, well supported by the collaborative ecosystem. Imagine what a transformational journey it has been for STPI, Bhubaneswar. Bhubaneswar was one of the first three locations in India where Software Technology Parks (STPs) were established in the early 1990s. Having started from rented premises, STPI Bhubaneswar has moved to a full-fledged campus with many milestones punctuating its journey since its inception. STPI has three operational centers in Odisha at Bhubaneswar, Rourkela & Berhampur, and the fourth one at ready at Balasore. In addition, STPI is coming up with four new STPI centers at Angul, Jajpur, Koraput (Jeypore) & Sambalpur, taking the tally to eight, which will be the highest in the country. Working closely with all stakeholders, STPI has played a key role in transforming the State as the preferred IT destination, with growth in exports by STPI units from mere Rs. 5 crores in 1997 to Rs. 5000 crores in 2020-21. In this achievement, STPI has played an instrumental role which has worked towards equitable and inclusive IT-led growth pan-India and has helped promote Software exports, Innovation, and product development.

Beyond the mandate of facilitating exports and employment, STPI swiftly set up an Electropreneur park in Bhubaneswar, the second Electronic System Design and Manufacturing (ESDM) incubation center in the country after Delhi. This Electropreneur park is the first such park in Eastern India. The IIIT-Bhubaneswar has joined hands with STPI-Bhubaneswar as the knowledge and academic partner. EP-Bhubaneswar is mandated to promote ESDM Startups and create a holistic eco-system for encouraging R&D, Innovation, Product development, and Entrepreneurship in the ESDM sector in the State. This will encourage the Innovators and Startups to come up with brilliant ideas and solutions to be part of the ESDM growth story of the country.

Be it the creation of STPI’s own Data Centres, Quantum jump in Datacom Bandwidth, the establishment of new  STPI Centres and Centres of Entrepreneurship,  Implementation of India BPO Promotion Scheme, Next Generation Incubation (NGIS), Nodal agency Vulnerability Assessment and Penetration Testing (VAPT)  for Cyber Security State Start-up Policy for which Shri Panda has played an Instrumental role.

In its new journey, STPI-Bhubaneswar is aspiring to create an enabling technology Startup ecosystem in the country and has endeavored to transform the State into an Innovation Hub.

The Interview Times is privileged and gladdened to include Mr. Panda in “Special Industry Leaders” on the occasion of celebrating their 11th Anniversary on the 2nd of October. Gandhi Jayanti spoke on the length & breadth during an Interview with the leading IT magazine.

Since its inception in 1991, STPI has been working towards equitable and inclusive IT-led growth pan-India, which has helped promote the export of Software & Services from the country. In this journey, we are blessed that the State had got one of the first STPI centers at Bhubaneswar along with Pune & Bangalore in 1991. STPI-Bhubaneswar has come a long way since its inception and made a significant contribution to the growth of the IT sector of the State, both in exports as well as the domestic market, churning out IT professionals and creating quality IT infrastructure in the state. As a result, the export turnover from the State, which was NIL during 1994-95, reached Rs. 5500 Crore in 2021-22, thereby putting the State in a commendable position on the IT map of the country. Significantly, IT has climbed to the third position in Sectoral exports from the State after Metallurgical & Engineering Products, for which STPI has played a seminal role.

STPI is instrumental in bringing blue chip IT companies to the State. Odisha is home to Big Seven IT Companies like Infosys, TCS, Wipro, Tech Mahindra, Mindtree, Capgemini & Coforge (NIIT). The IT sector has created more than 30000 employment in the State. Apart from generating large-scale employment and earning valuable Foreign Exchanges in the State, the IT Industry has contributed significantly to the growth of support infrastructure and services in terms of quality education, health care, transportation, hotels, restaurants, and other leisure services.

The IT professionals being among the highest paid professionals, the demand from IT Industries has made it possible to establish reputed schools, Engineering colleges, Hospitals, and support services.

Today STPI has four operational centers in Odisha at Bhubaneswar, Berhampur, and Rourkela. Additionally, the new STPI facility at Balasore is ready. STPI is also coming up at four new locations in the State Koraput (Jeypore), Jajpur, Sambalpur & Angul. Construction for STPI Koraput (Jeypore). With this, STPI will have eight STPI centers in the state, the highest in the country. To promote Startup & Innovation in the State, STPI has established a Centre of Entrepreneurship (CoEs) in niche domains like ESDM (Electropreneur ParK), AR/VR (Varcoe), and coming up with a CoE on Industry 4.0 (EmteK).

In its journey for three decades, STPI has successfully contributed to greater IT visibility, which the State enjoys today.

The main objective of STPI is to achieve a uniform and equitable IT growth across the country through the planned deployment of STPI centers & IT Infrastructure. STPI expanded its presence pan-India during the early ’90s with three centers to disperse tech-driven entrepreneurship to Tier-II/III cities. Today, STPI has 62 centers, of which 54 centers are in Tier-II/III cities. These centers have played a pivotal role in boosting IT/ITeS/ESDM exports from the respective region, generating employment, and fostering Startups to develop software products.

Setting up full-fledged workspaces in Tier II/Tier III cities allows companies to gain access to under-tapped talent and helps them expand their footprint at lower costs than in bigger cities. For example, with our talents and quality workforce, Bhubaneswar has become a Hub for IT companies, especially in finance & Insurance domains, as we have witnessed many IT companies set up their development center recently.

3.Sectors being benefited from STPI through Software Development

The IT sector has become one of the most significant growth catalysts for the Indian economy, contributing significantly to the country’s GDP and public welfare. The IT industry accounted for 8% of India’s GDP in 2020 and is expected to contribute 10% to India’s GDP by 2025.

As I explained, the IT sector directly benefited from STPI. STPI has played a key role in transforming the country as the preferred IT destination with more than 5 lakh crores of IT exports. In addition, the massive deployment of e-Governance & IT tools has transformed the lives of the commoner, democratized the process, and strengthened support to the public.

4.Coping up with the advent of new technology

In its new journey, STPI is aspiring to become the largest technology Startup ecosystem in the country and has been endeavoring to transform the country into a software product nation as envisaged in National Policy on Software Products (NPSP) 2019.

To build leadership and the next wave of budding entrepreneurs in the emerging sectors of technology, Software Technology Parks of India (STPI),  with support from the Ministry of Electronics & IT (MeitY), the Government of India, and respective States Governments, are setting up  Centre of Entrepreneurship (CoEs) in specific domain spread across the country. The Objective of the CoEs is to promote innovation, R&D, Start-ups, and the creation of products & IP in the field of emerging technologies like IoT, Blockchain, Artificial Intelligence (AI), Machine Learning (ML), Computer Vision, Robotics, Robotics Process Automation (RPA), Augmented & Virtual Reality, Animation & Visual effect, Data Science & Analytics for various domains like Gaming, FinTech, Agritech, MedTech, Autonomous Connected Electric & Shared(ACES) Mobility, ESDM, Cyber Security, Industry 4.0, Drone, Efficiency Augmentation, etc.

5.Planning for the future to make them more robust

STPI is aspiring to become the largest technology startup ecosystem in the country and has been endeavoring to transform the country into a software product nation, as envisaged in National Policy on Software Products (NPSP) 2019. To achieve this, STPI has evolved a collaborative model wherein government, industry, academia, and other stakeholders play a vital role in providing end-to-end support to Startups. Aligned with this vision for promoting R&D, innovation, product & IPR creation, STPI provides state-of-the-art infrastructure, Funding, skilling, mentoring, market connection, and other necessary support pan-India to startups.

The main challenges at this juncture are to create the required skill sets Industry ready workforce in the changing trend and strengthen our Innovative ecosystem to create more Products & IPRs from the country.

7.How is STPI contributing to the Startup ecosystem?

STPI, since its inception, has been steering the Indian IT industry by facilitating a robust ecosystem for boosting IT/ITES exports from the country. As a result, IT exports from STPI have reached a mindboggling target of Rs. 5 lakh crore exports during FY 2021-22. Leveraging its legacy as a policy-enabler, STPI today has embarked on bolstering the tech startup ecosystem in the country by undertaking path-breaking initiatives such as Centres of Entrepreneurship (CoEs) and Next Generation Incubation Scheme (NGIS) to provide a robust collaborative ecosystem to tech startups, innovators & budding entrepreneurs in the country to build technology products and create IPRs.

The incubator concept has emerged worldwide as essential infrastructure for the growth of high-technology businesses like software development & IT services. These incubators provide the necessary help to nurture technology ideas into commercial successes.

STPI is s one of the premier Incubation Service Providers in the country, especially for SMEs/MSMEs & Startups.  Unlike other Incubators, the uniqueness of STPI’s Incubation facility is providing 360-degree support to the Incubatees like Mentoring, Funding, Market connection, Technological Lab & other support Infrastructure. It offers the advantage of no gestation period and does not require capital investment. It helps develop confidence in the client and ensures that the business opportunity is not lost.

The Ministry of Electronics & IT established STPI, Government of India, which is mandated to implement various Government Policies & Schemes. It also acts as a Nodal agency to promote IT exports & Tech Startups in respective States.

10.How is STPI the catalyst for growth?

Since its inception in 1991, STPI has been working towards equitable and inclusive IT-led growth pan-India, which in turn has helped promote Software exports; working closely with all stakeholders, STPI has played a key role in transforming the country as the preferred IT destination, a fact that aptly proven by the spectacular growth in exports from the country. STPI has been a catalyst in the  IT growth story of the country, which is unprecedented and has made strides in the growth of IT exports and fuelled the growth of the Indian economy. Apart from the creation of large-scale employment, earring of valuable Foreign Exchanges for the country, Building Robust IT infrastructure, and boosting Innovation led entrepreneurship, STPI has become successful in its mission for uniform and equitable IT growth across the country through the dispersal of Industry and giving a fillip to offshore model. As a result, today majority of our urban or semi-urban household has produced an IT Professional bringing transformation in the quality of life of our citizens and contributing overall growth of the economy.