Is Take-Two Still Promising In A Weakening Environment? (NASDAQ:TTWO) 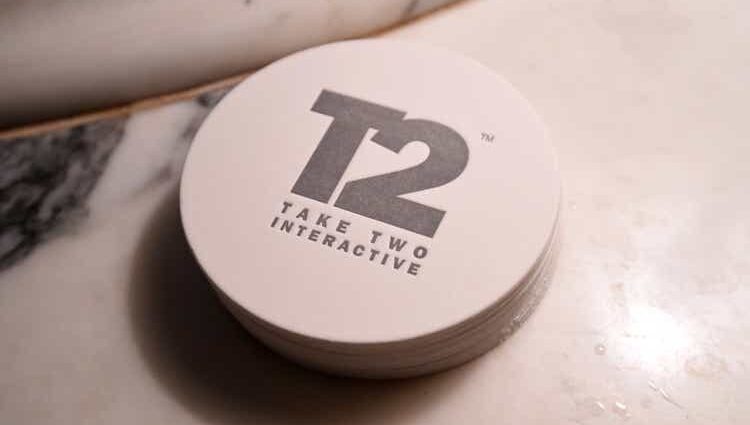 Take-Two (NASDAQ:TTWO) is coming off of a relatively soft quarter. The company reported bookings guidance below expectations. This is partially due to content pipeline changes and weakening consumer spending. The business is facing some serious headwinds due to declining video game purchasing. But I think the company has the potential for significant upside as management’s content investments pay off.

Take-Two’s latest quarter was mixed. The company released mediocre numbers. However, the progress made on the company’s underlying business seems surprisingly strong.

It’s difficult to directly compare Take-Two’s recent results with their past results. The most recent quarter included 39 days of Zynga’s results due to the recent merger. The company didn’t release comparable data for most of their metrics. Management said that they now see the company as “one combined entity.” They won’t be breaking out data going forward.

The most relevant data point I could find was from Take-Two’s 10-Q filing. The company broke out Zynga’s share of revenue as reported on the income statement. I calculated that comparable top line revenue grew 2% year-over-year. This isn’t impressive on its own. But it is significantly outperforming the broader gaming market. Game spending in the quarter was down 13% year-over-year.

The company reported a 76 cent GAAP EPS loss. Most of this loss was driven by $0.86 per share in amortization of intellectual property and $1.21 per share in acquisition costs. Even with elevated expenses, Take-Two still generated $100 million in operating cash flow. I think these results are decent when considering the circumstances.

Recurrent consumer spending is increasing as a result of the merger. Last year, the business generated 65% of its revenue from incremental purchases. This year, the company guided for almost 80% of its revenue to be recurrent spending.

Reduced Guidance And A Shifting Pipeline

Notably, the company issued soft full year guidance. Management expects $5.8 billion to $5.9 billion in bookings. This was well under analyst expectations of $6.4 billion. Management stressed that shifts in their content pipeline had the largest impact on their numbers. For example, the company delayed the launch of Marvel’s Midnight Suns. The title was set for an early third-quarter launch before being postponed to later in the fiscal year. The company also moved the release of an unannounced title out of the year entirely.

Another cause is the declining consumer environment. This has especially affected the gaming industry. On their last earnings call, Take-Two’s CEO described the impact this could have.

I don’t believe the entertainment business is recession proof or even necessarily recession resistant. And I think we’re seeing now the decline in consumer spending and increase in inflation will have an impact on the industry. You’ve seen it from our report today and from our competitors’ reports as well. I think conceptually, the impact is probably greater on free-to-play for the reasons that I said earlier in the call, that you can play those titles without spending money. And you may just decide to spend less frequently or less in aggregate.

It seems likely that the company’s next quarterly report may be underwhelming. Titles that rely heavily on microtransactions are going to be under pressure. I think this will disproportionately hurt Zynga’s portfolio.

But to me, the story isn’t in this fiscal year. The company is ramping up production heavily over the next few years. Take-Two has a very strong intellectual property library and solid development teams. I think its industry-leading content pipeline is set to generate strong bookings growth for years.

Breaking Down The Zynga Acquisition

The company closed its acquisition of Zynga part way through the quarter. By now, I think it’s clear that Take-Two overpaid with their purchase. No matter how I run the numbers, I can’t justify the $12.7 billion price tag.

But the acquisition could still be profitable for the combined company. The real value isn’t Zynga’s mediocre intellectual properties or its middling cash flow. It’s the business’s expertise in developing and monetizing mobile games. Take-Two owns extremely popular franchises and has extensive experience marketing them. The combined companies could create a powerful growth engine. This is where I see the real opportunity.

Management has said they see a $500 million combined bookings growth opportunity. This is in addition to what either company would do independently. On top of all this is the company’s expected cost synergies, which could be more than $100 million.

We’ll still have to wait another quarter before we can get full, comparable results from the new company. But I am cautiously optimistic that Take-Two could recover from a poor purchase price.

I Think Shares Are Fairly Priced

As I mentioned earlier, Take-Two is investing heavily for a period of high growth. Games require large upfront capital investments and years of development. Because of this, the company’s revenue growth will typically lag expense growth. I think that the company is well positioned for a period of high growth over the next three years. This is within the range of what I’d be willing to pay for a company with the potential for solid double digit growth for multiple years.

I don’t think Take-Two’s underwhelming quarter is a major cause for concern. The company’s content pipeline is still highly promising. Its fantastic intellectual properties should help reduce the company’s revenue downside.

I’m still watching for the company’s next earnings report. The release will be the company’s first full quarter with Zynga. It will also contain sales results for NBA 2K23. I want to hear what comments management has about user engagement for this title.

I think shares are fairly valued at worst. But I am still being cautious. Shares will likely experience some volatility if the gaming market continues to underperform.