The E-Commerce Winners and Losers of a Hawkish Fed 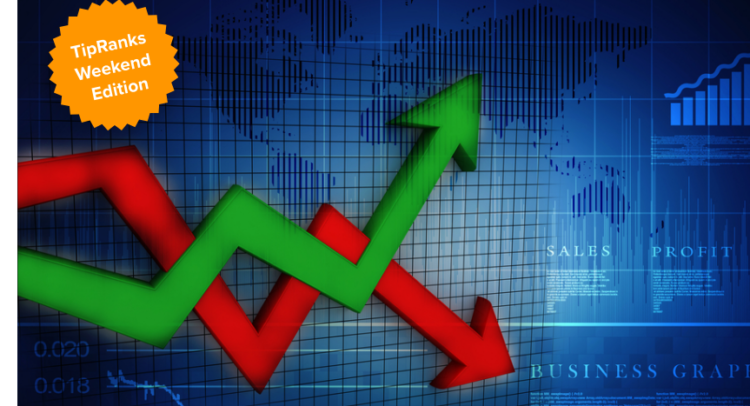 Powell has acknowledged the dilemma that multidecade highs in inflation have caused, thus committing to an aggressively hawkish monetary policy. Given the vast implications of rising borrowing costs, e-commerce stocks — Amazon (NASDAQ:AMZN), Shopify (NASDAQ:SHOP), PayPal (NASDAQ:PYPL), and MercadoLibre (NASDAQ:MELI) — will likely be significantly impacted. Some will be winners while others will be losers.

According to TipRanks Team, “Fed funds futures are pricing in an 85% probability that rates could be 125 to 150 basis points higher by the end of the year.” The framework presents an intriguing ecosystem for e-commerce stocks, with certain companies likely to flounder while others may enjoy relative benefits.

Broadly, the consumer market hasn’t faced pressure like this for decades. According to data from the U.S. Bureau of Labor Statistics, the dollar’s purchasing power declined by 6% in 2021. However, just in the first half of this year, the currency eroded by 5.3% in value. This dynamic translates to a reduced ability for the average household to acquire goods and services. In turn, more important acquisitions are prioritized over discretionary purchases.

Imposing more headwinds to e-commerce stocks, online marketplaces tend to charge a premium over their brick-and-mortar counterparts. Further, with fuel costs having escalated dramatically this year, companies are less willing to eat overhead costs, electing to pass them on to consumers whenever possible. Since the nature of e-commerce involves shipping goods directly to customers, rising inflation creates severe challenges.

Of course, with the Fed attempting to tackle ascending prices, the central bank can potentially help e-commerce stocks, at least on paper. However, the difficulty stems from the Fed engineering a so-called soft landing. Don’t rise rates high enough and inflation might not decelerate. Raise them too far, though, and the economy could spiral into a recession.

Amid this unenviable backdrop, two of the e-commerce stocks mentioned could flourish while the other two might struggle to keep the ship upright.

Like many technology-centric public companies, Amazon hasn’t enjoyed the best year in 2022 thus far. Since the January opener, AMZN has slipped about 24%. Nevertheless, the powerhouse among e-commerce stocks continues to deliver the goods.

According to a TipRanks article, Amazon posted robust results for the second quarter of 2022. “Sales came in at an impressive $121.2 billion for the quarter, beating analyst expectations by about $2 billion. Moreover, management guided revenues to fall between the $116 billion and $121 billion mark. Given the tough macroeconomic conditions at this time, the revenue beat is a testament to the strength of its businesses.”

Fundamentally, the scale of Amazon’s business is simply too big for its smaller rivals to effectively defend against. As several news outlets have noted, Amazon simply batters small businesses into submission. Essentially, the company can easily play a game of attrition.

Finally, the above catalysts don’t factor in other diverse initiatives, such as AWS, Amazon’s cloud-computing platform. With so many angles to deploy, AMZN is one of the winners among e-commerce stocks.

Analysts appear to have a similar view, as AMZN stock has a Strong Buy consensus rating based on 37 Buys and one Hold assigned in the past three months. The average AMZN stock price target of $177.05 implies 32.85% upside potential.

On the other end of the scale for e-commerce stocks, Shopify may end up getting the raw end of the deal from the Fed’s potentially aggressive monetary policy. For one thing, the company has suffered far greater losses than many of its peers. On a year-to-date basis, SHOP stock is down a staggering 77%. As well, Shopify has basically given up all of its pandemic-fueled gains.

The main vulnerability for the e-commerce firm is that it mostly remains focused on its core business: facilitating an online marketplace and providing retail point-of-sale systems. Unlike Amazon, it doesn’t have the diversity of business units. For instance, Shopify doesn’t have a cloud-computing platform to pitch to enterprise-level clients.

Moreover, as rates rise, the labor market could cool off. Indeed, tech layoffs represent a stark contrast to the broader rise in national employment. Therefore, with discretionary spending possibly set to decline, SHOP may be one of the e-commerce stocks that might not fare well in the new monetary environment.

Wall Street has less conviction on SHOP stock compared to AMZN. With a Moderate Buy consensus rating, more analysts have a Hold rating than a Buy rating. The average SHOP stock price projection of $42.79 equates to 22.9% upside potential.

On paper, digital payment processing specialist PayPal doesn’t seem like much of a winner among e-commerce stocks. On a year-to-date basis, PYPL lost more than 50% of its market value. While it’s not as bad as Shopify’s losses above, PayPal is technically more than halfway into losing everything. Frankly, it makes for an extremely speculative case for prospective buyers.

Still, the one factor that may help lift PYPL stock from its present malaise is the brewing relevance of the gig economy. Back when the COVID-19 outbreak initially capsized the U.S. economy, businesses responded by allowing their employees to work from home. However, rising evidence indicates that management teams want their workers back in the office.

That might not go over too well with employees who suddenly found an ideal work-life balance. Should push come to shove, more people will likely voluntarily join the gig economy. Per data from Statista.com, this sector could reach a gross volume of $455.2 billion.

Turning to Wall Street, PYPL stock has a Strong Buy consensus rating based on 24 Buys and seven Holds assigned in the past three months. The average PYPL stock price target of $119.85 implies 24.4% upside potential.

At first glance, MercadoLibre features the opposite framework of PayPal. MELI appears to be one of the e-commerce stocks that can rise in the current environment. After all, the underlying firm operates online marketplaces dedicated to e-commerce and online auctions in the lucrative Latin American market.

However, a China Daily report laid out the fundamental headwind for MELI stock. “The rapid rise of interest rates in the United States is having significant spillover effects on Latin American economies that either rely on the dollar or have seen their currencies devalued in the face of a stronger greenback, according to analysts.”

“The rise in interest rates affects the emerging world because the emerging world is indebted in dollars,” said Miguel Boggiano, CEO and chief investment officer at Carta Financiera, a specialized web portal focused on the economy and finance in Argentina.

As relevant as Mercado Libre is, its underlying markets face severe challenges. Thus, MELI may be one of the e-commerce stocks to avoid until further notice.

Wall Street appears to have a very positive view of MELI stock, as analysts have assigned a Strong Buy Consensus rating based on 11 Buys and one Hold assigned in the past three months. The average MELI stock price forecast is $1,278.75, implying upside potential of 31.7%.