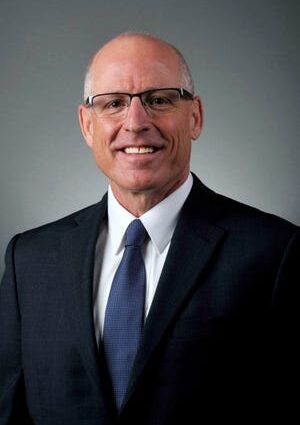 Tyson Foods will allocate $1 million of its donation to support Equitable Food Access grants, which aim to improve access to nutritious food among people experiencing the highest rates of food insecurity, with a focus on communities of color and/or people living in rural communities.

“Tyson has been a long-time partner of Feeding America, as their mission to improve access to nutritious food for all, is aligned with our mission to Feed the World. This partnership with Feeding America to expand capacity and help rural communities and communities of color is the next step in our evolving strategic partnership,” said Tim Grailer, senior director, Tyson Foods.  “With inflation putting pressures on the charitable food system, both increasing their costs and the need for their services, there has never been a more important time to support these efforts.”

The remainder of Tyson’s $2.5 million donation will go toward Feeding America and member food banks’ efforts to expand capacity to repack bulk or private label protein products into family size quantities, thus increasing the types of protein that can easily be donated and distributed. Since 2006, Tyson Foods has donated almost $3.5 million to Feeding America and $223 million of protein to local member food banks.

Tighe assumes leadership for both of the National Nuclear Security Administration production plants under CNS’s contract: the Pantex Plant in Amarillo and the Y-12 National Security Complex, in Oak Ridge, Tenn. Sievers returns to his singular role as the Y-12 site manager, and Colby Yeary will continue to serve as CNS’s chief operating officer.

Tighe (pronounced “tie”) joins CNS after nearly four years as president and general manager of National Aerospace Solutions, the Bechtel-led test operations and sustainment contractor for the U.S. Air Force’s Arnold Engineering Development Complex at Arnold Air Force Base near Tullahoma, Tenn. Before serving in that position, Tighe led business development for Bechtel’s Nuclear, Security, and Environmental global business unit, which included work with the Departments of Energy, Defense, and Homeland Security; the National Aeronautics and Space Administration; commercial nuclear power; and governments of U.S. allies. He was elected a Bechtel principal vice president in 2016. He previously worked for nearly a decade at the Nevada Test Site (now known as the Nevada National Security Site).

Little Rock, Arkansas – Dillard’s, Inc. has announced its Grand Opening Celebration plans for its new store at Westgate Mall in Amarillo. The company will continue to serve Amarillo customers from its dual anchor format at Westgate Mall, presenting its latest concepts in store design and technology in the beautiful, new, completely remodeled former Sears location. The official Ribbon Cutting Ceremony is planned for Thursday, Nov. 10.

Dillard’s has teamed up with High Plains Food Bank (HPFB) to present a Grand Opening Fashion Gala on the eve of the Ribbon Cutting Ceremony, Wednesday, Nov. 9, from 6 to 9 p.m., where guests of Dillard’s and HPFB will be treated to a high-energy, exclusive fashion show featuring Dillard’s latest holiday looks, a private shopping experience, a swag bag, music, dining and more. Gala tickets went on sale for $50 at Dillard’s Westgate Mall customer service on Friday, Sept. 9, with a percent of the gala proceeds benefitting High Plains Food Bank. Space is limited. The $50 ticket is completely redeemable in merchandise at Dillard’s Westgate Mall the night of the Gala.

The new store at Westgate Mall will be the new home of the cosmetics, ladies’ apparel, accessories, lingerie, juniors’ and children’s apparel areas as well as ladies’ and children’s footwear. The men’s store and home store will remain in their current locations. Having opened its Westgate Mall store in October of 1982, Dillard’s is celebrating forty years of serving Amarillo. More details regarding the Grand Opening Celebration, including a schedule of events, will be available soon.

Rainfall across Texas and cooler temperatures provided agricultural producers some relief from drought and extreme heat over recent weeks, but most areas remain in a moisture deficit. “We’ve seen drought contraction across the state, and last week’s rainfall should show improvement in the upcoming drought monitor later this week,” said John Nielsen-Gammon, Ph.D., state climatologist in the Texas A&M College of Geosciences Department of Atmospheric Sciences. “But the rain is over for now. It looks like we’re now entering a dry stretch and have seen all the improvement we are going to see for a while.”

The most recent Texas drought monitor map produced by the National Drought Mitigation Center at the University of Nebraska shows reduced drought conditions around the state. The Drought Severity and Coverage Index, DSCI, which ranges from 0-500 and calculates the cumulative drought data for an area, showed the drought peaked at 380 on Aug. 8. The DSCI was 251 on Sept. 1.

SOUTH PLAINS: Temperatures were cooler, and more rain fell over the past week. Areas received 1-5 inches across the district. Parts of the district missed good rainfall, but many received enough to fill stock tanks and improve pasture and rangeland conditions. Moisture was expected to help winter wheat and plantings were expected to begin soon. Cattle were in good condition.

PANHANDLE: Crop conditions in some areas improved due to milder temperatures and rain. Soil moisture levels were adequate in most counties, and rangeland and pasture conditions were fair. Some early wheat plantings started for potential grazing opportunities. Irrigation was winding down on many corn fields as they matured. Silage harvest was underway. Some grain sorghum fields were starting to color.

Brian Enevoldsen has been named managing director of the WT Enterprise Center.

A Texas Panhandle native, Enevoldsen previously served as WTEC’s program manager, providing oversight of WTEC’s 31,000 square-foot incubator and multiple programs, including Amarillo EnterPrize Challenge, commercialization, micro-loan packaging and client coaching. In his new role, he will focus on partnerships with local, state, federal, and non-profit organizations that together build a robust ecosystem supporting entrepreneurship across the entire Texas Panhandle.

WTEC and its sister department, America’s SBDC at WTAMU, will continue to provide economic development outreach on behalf of West Texas A&M University to local businesses including joint coaching and consulting, community programs, and training.

“The WTEC and SBDC will continue to be places where we encourage entrepreneurship and support those building our regional economy,” Enevoldsen said. “We believe our region is in store for incredible things, and we stand eager to play our part in making the Panhandle the best place to own and scale a business.”

Enevoldsen was selected by a committee of area stakeholders in economic development and will work alongside each of them to support their own strategic plans and outreach.

Gina Woodward, regional director of the SBDC at WTAMU, has served as interim WTEC director since December 2021. She will continue with her SBDC duties, working closely with Enevoldsen.

The Caprock Beef Cattle Conference, presented by the Texas A&M AgriLife Extension Service offices in Floyd and Hall counties, will be held Sept. 15 in Muncy. The program targets those eager to improve their cattle business and those allied businesses to attend.

The conference will be from 9 a.m.-3 p.m. at the Floyd County Friends Unity Center-Muncy, 990 Farm-to-Market Road 786. Onsite check-in will begin at 8 a.m. with breakfast burritos provided. There will be vendors and exhibits. The cost is $40, which also includes a luncheon and a cap. Attendees must preregister at https://tx.ag/CaprockBeef.

Beef cattle topics and speakers include:

COLLEGE STATION — Texas A&M Forest Service is accepting applications for grants to help eligible Texas property owners with the cost of prescribed burning on their land.

The grants will reimburse landowners to offset the cost of having a prescribed burn conducted on their property by certified and insured prescribed burn managers. Last year, these grant programs provided more than $322,000 to landowners for a total of 11,667 acres treated.

The deadline to apply is Sept. 30. Interested landowners can determine eligibility and find an application at tfsweb.tamu.edu/cppgrant.

For residents in parts of the Panhandle, West Texas and South Texas, applications for the State Fire Assistance Mitigation – Plains Prescribed Fire Grant are available each June 15 through Aug. 15. For information about other natural resource programs that offer financial assistance to Texas landowners, visit https://texasforestinfo.tamu.edu/fundingconnector/.

“The Foundation is being formed to continue and grow the legacy of community involvement and caring for which the credit union has such a rich track record,” said Foundation Executive Director Tricia Bass. The ECU Foundation’s mission is to promote public trust in philanthropy as well as academic, financial, and cultural learning.

The Foundation’s three main areas of focus are:

For more information or to contact the foundation’s representatives, you can visit: https://www.ecu-foundation.org.

HOUSTON — Twenty-five years after the Hick Thomas law firm opened its doors, the founders’ original vision has held firm: To improve the client experience by focusing on business-first solutions to legal problems, taking advantage of emerging technology, and reducing overhead costs by working smarter and more efficiently. Today, Hicks Thomas represents plaintiffs and defendants across the country from offices in Houston, Austin, Sacramento, Amarillo, and Beaumont.

Founded by attorneys Taylor Hicks, Jr., John B. Thomas, and O. Clayton Lilienstein, who passed away in 2021, the firm has expanded more than five-fold and continues to grow strategically through lateral hires and by attracting young talent from prestigious law schools. Recently, Hicks Thomas moved into state-of-the-art offices in Houston’s central business district.

To mark its 25-year anniversary, Hicks Thomas will hold a special charitable initiative in September. The official anniversary celebration will be held on Oct. 27.

Founded in 1997, Texas-based Hicks Thomas LLP is a premier litigation firm representing plaintiffs and defendants across the nation. Learn more at http://www.hicks-thomas.com.