Why REITs Will Trounce QQQ In A High Interest Rate Environment 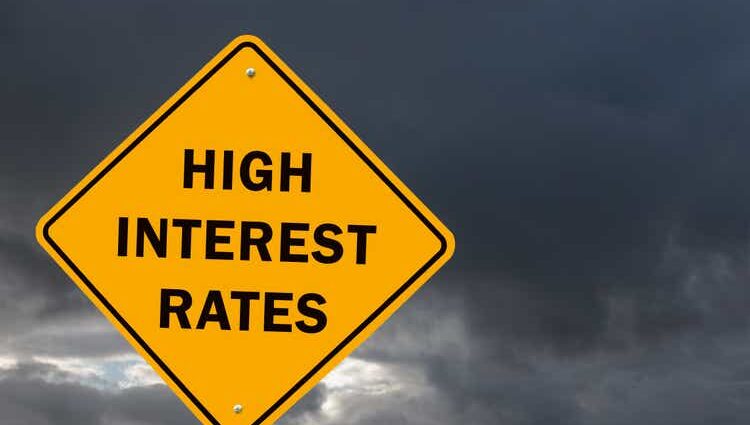 I have frequently discussed that the Nasdaq is more susceptible to rising rates than REITs. This is largely consensus, as it just boils down to the math of discounting their future earnings back to present value at a now higher discount rate. Real estate’s cash flows are closer to the present because they are making money today and in the future, whereas tech companies tend to have more future weighted cash flows.

In addition to higher discount rates hurting the Invesco QQQ ETF (NASDAQ:NASDAQ:QQQ), today, I want to discuss a different angle on it – the mechanism by which higher interest rates impact the economy. More specifically, higher interest rates are going to increase growth rates in certain types of companies and hurt growth rates in others, depending on the nature of their projects. The types of projects Nasdaq companies engage in will not become higher return while other areas such as financials and real estate do become higher growth.

The mechanism with which higher interest rates impact the economy

The past 10 years have been an unusual time, with interest rates spending a majority of it at historic lows. This has been a great time for the Nasdaq until recently when interest rates rose substantially. As you can see below, QQQ fell in tandem with 7-10 year bond prices, which of course fall when yields go up.

So what actually changes when interest rates rise?

The first two are obvious and well-known. It is the third on which I want to dig deeper.

At any given time, there are countless places in which one can park capital. It can be anything from investments to developments or new business lines – anything in which one invests money to try to generate a return on that money.

Some projects are better than others due to either having lower risk or higher return. Companies can invest in zero, one or many of the projects available to them.

Back when equity prices of tech stocks were through the roof and interest rates were near zero, the tech company could invest in just about any project and have it be profitable. The opportunity cost was low. Even 3% return on capital projects could potentially be used to spur growth.

Today, opportunity cost is much higher. Anything under ~5% return is not profitable and anything under ~8% is only viable if the risk is quite low (certainty of return is high). The exact cutoffs will vary from company to company, but essentially what has happened is that the set of viable projects has been shrunk materially.

All the medium to low return projects that used to be viable sources of growth are simply not valid today. The throw capital around and see what sticks approach won’t work anymore. Even the high-return projects are less profitable than they used to be because the costs associated with the capital are higher. More shares have to be issued to get the same amount of equity capital or more interest has to be paid on debt capital.

The 8% ROIC (return on invested capital) project that used to be funded 50/50 debt and equity with 2% cost debt used to have a 14% ROE (return on equity) and the equity could be raised at 4% dilutive cost.

Why this hurts tech more than real estate

So in the example above, the reason spreads came in so much is that costs increased, but the ROIC stayed the same.

That is not always going to be the case. In many sectors, ROIC floats with broader economic conditions such that investment spreads are as accretive or potentially more accretive with higher interest rates.

Tech, for the most, part does not have floating ROIC and that is why it is hurt so much more by rising interest rates.

What sorts of investments have fixed ROIC?

For ease of example, let us consider Netflix (NFLX) as its projects are easy to understand. Netflix can invest X amount of dollars into a new series and that new series is going to attract Y number of new subscribers.

Thus, the ROIC of the project is related to the cost to produce that show relative to the revenue from the new subscribers. Let me ask you to ponder the following question: Do higher interest rates increase the number of subscribers the show will generate?

I think it is a clear no. One could even make the argument that the economic slowing from higher interest rates would marginally decrease the number of new subscribers, but for the purposes of illustrating the concept, let us say the number of subscribers is the same.

If the subscriber number is the same, the return of the project is the same. This is a clear example of the type of project that has fixed ROIC with regard to interest rates. (note that the costs and revenue per subscriber could go up from inflation, but we are looking at interest rates as an isolated variable here).

This sort of fixed ROIC project gets strictly worse in a higher interest rate environment. The same returns, but against higher cost of equity and higher cost of debt.

What sorts of investments have floating ROIC?

Real estate acquisitions are based on cap rates. As you know, a cap rate is the net operating income (NOI) of a property divided by purchase price. The NOI is a known quantity. It can be calculated by the rental revenues less expenses (with amortization of future expenses).

Price is usually determined at the point of transaction by the cap rate the market is demanding.

Impact of interest rates on REITs and QQQ

On the growth side, however, tech growth is slowed by the mechanism discussed above while REIT growth is increased as acquisition cap rates get more accretive. The table below sums the impacts to the asset classes at a broad level.

In the short term, existing assets and existing cash flows are the bigger factor which is probably why REITs have declined in market price along with QQQ albeit to a lesser extent.

In the long run, however, growth becomes the major factor. Higher cap rates of the now higher interest rate environment are juicing REIT external growth. Most REITs have retained cash flow far in excess of their dividends (average FFO payout ratio is around 60%). This retained cash can now be put to work at higher going in yields resulting in faster growth rates.

The higher rates go and the longer they stay high, the more REITs will beat Nasdaq on forward total returns.

2022-09-12
Previous Post: Editorial: Responsibly Harnessing the Power of AI
Next Post: Google has one of Big Tech’s most aggressive sustainability plans. Here’s its 3-step playbook for helping the planet