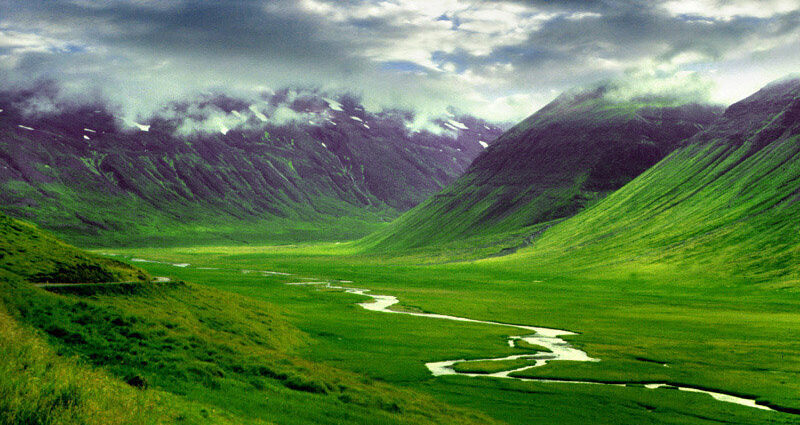 On November 17, 2015, Ayatollah Ali Khamenei, the Leader of the Islamic Revolution, announced the general policies on the environment, emphasizing the need for comprehensive, harmonious, and organized management of vital resources based on ecological capability and sustainability, particularly by increasing capacities and appropriate legal and structural capabilities accompanied by public participation.

However, it seems that implementing the policies has not met its stated goals.

Ali Salajeqeh, the chief of the Department of Environment, has said after passing seven years, implementing the policies is not satisfactory.

The policies call for establishing a cohesive and national system on the issue of the environment.

Continuous refinement and control of air, water, soil, and noise pollutants, destructive waves and rays, and unfavorable climatic changes, and making compulsory the observation of environmental standards and criteria in implementing rules and regulations, development plans, and spatial planning, were other issues that the Leader urged officials to do.

Over the past 20 years, except for one or two years, the country has been facing drought and many sources of sand and dust storms have been created.

Preparing an environmental atlas of the country and protecting, reviving, optimizing, and developing renewable natural resources (such as seas, lakes, rivers, dam reservoirs, wetlands, aquifers, forests, soil, grasslands, and environmental diversity particularly of wildlife), imposing legal restrictions on using these resources in line with their ecologic capability (their sustainability and resilience capabilities) on the basis of sustainability standards and criteria, the management of sensitive and valuable ecosystems (including national parks and other national environmental heritage), preserving genetic resources and developing and improving them at the level of international standards.

Other articles of the general policies include managing climatic changes, confronting environmental threats such as desertification, dust particles, drought, and microbial and radioactive transmitters, promoting foresight and identifying and managing new environmental phenomena, expanding the green economy by emphasizing low-carbon industries, the use of clean sources of energy and healthy agricultural and organic products, the management of waste and wastewater by optimizing economic, social, natural and environmental capacities and resources, the reformation of production patterns in different economic and social areas, the improvement of consumption patterns of water, various resources and materials, food and energy sources particularly through promoting those fuel sources that are in harmony with the environment.

Moreover, the promotion of green and non-fossil modes of public transportation such as electric modes and an increase in public transportation particularly in large cities, balancing and preserving, in an optimal way, groundwater through watershed and aquifer management, managing elements that reduce groundwater utilization and evaporation and preventing the entrance of pollutants, and establishing an environmental auditing system in the country by considering environmental values and costs (destruction, pollution, and revival) in national accounting are on the agenda.

Supporting and encouraging investments and technologies that are compatible with the environment by using proper means including green taxes, preparing an environmental behavior chart and promoting and establishing environmental behavior and culture based on constructive Iranian-Islamic values and patterns, and improving studies and scientific research, utilizing new environmental technologies, benefiting from constructive domestic experiences in the area of preserving the balance of ecosystems, and preventing the environment from being polluted and destroyed are other parts of the policies.

And finally, raising and strengthening social awareness, knowledge, and outlook about the environment, and strengthening religious culture and teachings related to social responsibility particularly through enjoining to do good and forbidding the evil with the purpose of preserving the environment at all levels of society, and strengthening environmental diplomacy through efforts to create and strengthen regional organizations with the responsibility of confronting dust particles and water pollution while strengthening relations and encouraging purposeful and efficient cooperation – bilateral, multilateral, regional and international cooperation – in the area of the environment and making efficient use of international opportunities and incentives in moving towards a low-carbon economy and facilitating the transport and development of relevant technologies and innovations are highlighted.

Despite all the emphasis put by the general policies to strengthen efforts for environmental protection, it seems that implementing the policies has not met its stated goals.

Ahmad Lahijanzadeh, the deputy chief of the Department of Environment, has said that based on the general policies announced by the Leader, the environment is expected to experience a good situation by 2025, but statistics show that we are still behind the schedule in this regard.

Underground water resources are in a critical situation and most provinces are grappling with water tension.

Some 52 million hectares of land across the country tend to be turned into sources of sand and dust storms, he noted.

Over the past 20 years, except for one or two years, the country has been facing drought and many sources of sand and dust storms have been created, he said, adding that all development plans should take environmental protection conditions into account.

Underground water resources are in a critical situation and most provinces are grappling with water tension, Lahijanzadeh stressed.

Reza Anjomshoa, the deputy chief of the Department of Environment for parliamentary affairs, has said just 47 percent of the environmental policies have so far been implemented.

In the past four years, about €370 million has been spent by the National Development Fund to combat SDSs, which had good results, but it seems that the annual credit is declining as conditions improve, he added.

Parviz Garshasbi, deputy head of the Forests, Rangelands, and Watershed Management Organization, has said that according to the Sixth National Development Plan (2016-2021), desert greening measures were to be carried out in 1,140,000 hectares of the country’s deserts, but so far, the operations have been conducted in only 350,000 hectares of deserts.

An estimated 2 billion tons of soil is lost due to erosion in Iran annually. It takes an average of 400 years to form a centimeter of soil on the planet, he said, adding that the period of time is between 700 and 1000 years in Iran.

Wind erosion brings an annual economic and environmental damage of 30 trillion rials (nearly $100 million) to the country, according to the latest studies in 2019.

The national budget bill for the current Iranian calendar year which started on March 21 has proposed 21 trillion rials (around $70 million) for the Department of Environment, a nearly 75 percent increase compared to the previous year.

The DOE’s budget will be spent on air pollution management, sustainable conservation, and exploitation of aquatic ecosystems, conservation, restoration and refinement of onshore biodiversity, conservation of protected areas, protection of rangers, wildfire prevention, and promotion of public participation and awareness in environmental protection.