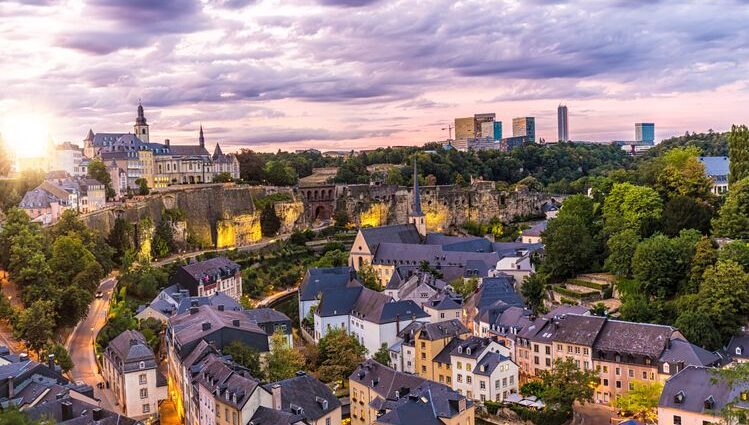 The past few years have seen massive sums pour into private equity in Luxembourg, where the assets under management of all private equity and venture capital funds has grown by an average of around 20% annually to €285bn.

While relatively small compared with the €5.37tn total net assets of all funds in Luxembourg, private equity was last year the fastest-growing asset class in the Grand Duchy – Europe’s largest centre for domiciled funds – with a growth rate in 2021 of 29.9%.

Nicolas Mackel, chief executive of Luxembourg for Finance, the development agency for the country’s burgeoning financial services industry, says that Luxembourg’s early implementation of the European Union’s 2011 Alternative Investment Fund Managers Directive (AIFMD) was the launch-pad for the development of private equity in the Grand Duchy.

Luxembourg’s nascent PE industry was further bolstered by the introduction in 2013 of a new limited partnerships regime – which was deliberately modelled on Anglo-Saxon common law investment partnerships and designed to appeal to US, UK and Asian investors – and the reserved alternative investment fund (RAIF), a flexible vehicle that can invest in all types of assets.

“If you look at it from a macro-economic point of view, with high inflation and interest rates rising, I still think that there is a lot of money that will be going into private equity,” Mackel says.

“If you try to preserve your portfolio in public equities you will have to get up very early in the morning to make up for the loss of value through inflation and so on. It will be easier to generate yield in private equity, especially during the recession that is looming than in public markets.”

He adds that the fact that Luxembourg is widely seen as a stable jurisdiction, from a political, economic and regulatory point of view, is a further draw for investors.

There could soon also be a fiscal draw. The debate over the so-called carried interest tax loophole (see our cover story on page 16) that massively benefits PE, and which is currently under threat in the UK and US, is unlikely to change the way that PE is taxed in Luxembourg.

According to data provider Preqin the assets of regulated and unregulated PE and VC funds in Luxembourg totalled $285bn in July of which regulated funds accounted for around €160bn.

The $1.35tn figure means that Luxembourg accounts for an impressive 23% of AIFs in the European Economic Area, with the latest report from the European Securities and Markets Authority (Esma) showing the net asset value of all AIFs at €5.9tn.

Since the 1990s Luxembourg’s importance as a European financial centre has grown steadily, as the diminutive country repositioned itself away from its previous industrial export strength as a steel producer.

The early growth of the country’s financial sector followed on the back of becoming a major hub for the domiciliation of Ucits-regulated mutual funds, which since the 2016 Brexit referendum have been further boosted by the transfer of billions of pounds worth of funds from the UK to Luxembourg.

Brexit also acted as a catalyst for investment firms that already had offices in Luxembourg, which shifted further operations to the Grand Duchy to maintain access to European markets in the post-Brexit era and to consolidate their fund oversight structure in a single jurisdiction.

In the aftermath of the global financial crisis of 2008, so-called alternative forms of investments flourished as the low interest rate environment pushed investors to seek new ways to generate returns.

At the same time, alternative asset classes globally were bolstered by post-GFC regulatory pressures which led to a retreat of traditional bank lending.

Currently, 18 of the 20 largest global PE houses already have operations in Luxembourg, with several of them increasingly moving deal-making and other decision-making roles to the Grand Duchy.

While Ireland, which has particular strengths in money market exchange-traded funds and hedge funds, recently introduced regulatory changes designed to attract more private equity, “they are still catching up with Luxembourg when it comes to private equity,” says Stéphane Pesch, chief executive of the Luxembourg Private Equity and Venture Capital Association.

Like Mackel, Pesch says that the introduction of the AIFMD was fundamental to the success Luxembourg has had over the past decade in attracting private equity investment.

A recent major review of the AIFMD by the European Union led to appeals to regulators not to tinker with it. Market participants in Luxembourg breathed a sigh of relief earlier this year when Brussels signalled there would be limited to changes, although the final outcome of the review is still not clear.

“In the beginning the AIFMD was considered as potentially burdensome, costly and complicated,” Pesch says. “Many tried to fight it but in the end it helped the entire sector to structure itself to become a bit more transparent and to focus on new business models.

“Back in 2010 regulators had a gut feeling that the next big engine of the Luxembourg investment fund sector would be alternatives and should focus on private equity and that is exactly the self-realising prophecy that happened.”

To contact the author of this story with feedback or news, email Mark Latham