The destruction of the environment is unconstitutional 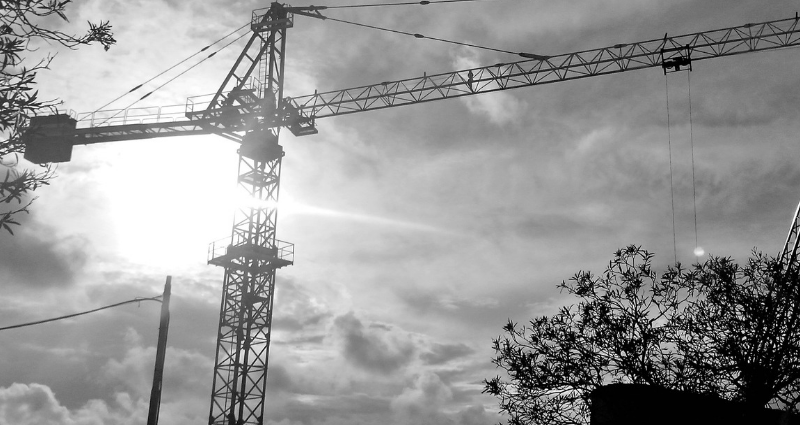 The public’s reaction to the government’s launch of a national strategy for the environment for 2050, which has just been opened for public consultation, is one that was to be expected. The news was met with a mixture of scepticism and disbelief, and with good reason.

After all, many can see the results of how successive governments have repeatedly adopted laws and policies that actively contributed, and continue to contribute, to the destruction of the country’s environment, when the protection of the environment should be at the core of every decision taken by the administration as required by Malta’s Constitution.

Article 9 in the declaration of principles in the Constitution of Malta states that “The State shall safeguard the landscape and the historical and artistic patrimony of the Nation” and “The State shall protect and conserve the environment and its resources for the benefit of the present and future generations and shall take measures to address any form of environmental degradation in Malta, including that of air, water and land, and any sort of pollution problem and to promote, nurture and support the right of action in favour of the environment”.

Nice words. Unfortunately, we are light years away from those policies that in practice embrace and concretely apply this principle. This may partly be because Article 9 is what legal professionals would call “soft law”.

Soft law is a term used for ideologies that cannot be directly enforced through a court of law or minutely defined, such as codes of conduct or established guidelines. Yet soft law should still be taken into consideration by judicial authorities when interpreting and applying other legally binding provisions.

It should also be taken into account by the executive and legislative branches of the government in all their actions. The bulk of the Council of Europe’s resolutions and recommendations are soft law.

Therefore, just because Article 9 of Malta’s Constitution cannot be legally (or more precisely, directly) enforced, it is still very much a principle that forms part of the country’s founding values, and one that should weigh on our public administrators and the policies and laws they enact.

Instead, it is ignored with impunity in favour of the economic interests of select groups, leaving the safeguarding of the environment for the most part to civil society groups, academics and NGOs.

Let’s start with what can be considered the country’s biggest scourge, construction. Malta’s planning laws seem designed specifically with all the necessary loopholes to enable them to be sidestepped or circumvented. As a result, the list of planning monstrosities impinging on areas of environmental and historical importance is endless.

We have examples such as the Environment and Resources Authority  (ERA) giving its green light for the demolition and redevelopment of the Mellieħa Bay Hotel, despite its two-fold increase in size and experts’ concerns about its environmental impacts.

More recently, the ERA also approved a project to revamp Comino, which will include uprooting 380 protected trees, which NGOs argue will lead to the denaturation of the site. This is the same ERA that is now asking the public to contribute to the national strategy for the environment.

We have the Planning Authority that approved a five-storey apartment block engulfing a historic chapel in Manikata and sanctioned the illegal excavation of two swimming pools in an Outside Development Zone (ODZ) area in Qala that form part of a large, 164 apartment blocks developed by Gozitan developer Joseph Portelli, despite fierce objections by Qala’s local council and environmental activists.

And let’s not forget that there is an application waiting for the Planning Authorities’ approval for a block of flats within the buffer zone of the Ggantija temples.

What were the considerations for safeguarding Malta’s historic patrimony when Palazzo Vilhena’s courtyard was transformed into an open-air restaurant?

The palace is a Grade 1 national monument listed on the National Inventory of the Cultural Property of the Maltese Islands. Was there an assessment to ensure that the restoration of the forecourt performed at a significant cost would not be damaged by the change of use to a restaurant? Is there a kitchen on-site? Is it safe to have a commercial kitchen in a museum?

Then there’s the issue of noise and air pollution. In July, a study found that on eight of Malta’s main roads, air pollution significantly exceeded the limit set by the EU. The previous year, a study by Danish scientist Kare Press-Kristensen found the air pollution over Malta’s Grand Harbour had reached shocking levels.

Our seas this year also saw a return of sea sludge in various parts of the island, most likely linked to offshore fish farms and the oily feed they use. When contacted by the Times of Malta, Charlon Gouder, who serves as CEO of the Malta Federation for Aquaculture Producers, said the slime “formed following the mixing with other substances present in coastal waters including fuel oils and other chemicals present in the seawater”.

What about hunting – a lobby that has such a stranglehold on Maltese politics that no administration has been able to rein it in adequately? Not only have hunters become emboldened in their breaches of the law since the 2015 spring hunting referendum, but year after year, both BirdLife Malta and CABS flag record numbers in terms of birds that are illegally shot or trapped.

In 2020, Malta ranked highest in the world for the fragility of its biodiversity and ecosystems. The Biodiversity and Ecosystem Services (BES) index, formulated by the Swiss Re Institute, marked 100%  of Malta’s ecosystems as fragile. Another more recent survey found Malta to be one of the least biodiverse countries globally, and as Malta continues to experience an increase in temperatures, even the remaining stretches of woodlands are now also at risk.

During the press conference for the launch of the strategy, the minister said all stakeholders, including the public, had to work together to pull the same rope for a better future for future generations.

Again, nice words. However, as the above examples underscore, some groups and individuals have been pleading and working to safeguard Malta’s environment for years, only for the authorities to ignore them or fail to consult them altogether, so it is easy to see why the launch of the strategy, commendable as it might be in theory, is going to be met with scepticism, at best.

No amount of green walls, commercial ‘landscaping’, expensive urban greening electoral pledges, the importation and distribution of seeds or any other profit-oriented projects can ever compensate for the loss of biodiversity and its benefits.

How can the government ask the public to contribute toward a strategy 28 years into the future, when it can’t be seen, or even perceived to be seen, as actively safeguarding and protecting the environment in the present?