The environment got better for Dems — but voters still have concerns 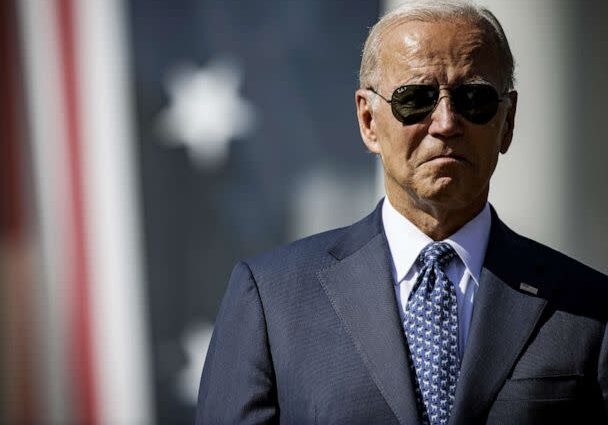 After Tuesday’s elections in Delaware, New Hampshire and Rhode Island, the six-month-long 2022 primary season has finally come to a close — and the party nominees now turn their attention to the eight weeks before November’s midterms.

A lot can change in the close of the campaign — just as a lot has changed throughout this year’s primaries.

Democrats braced at the beginning of the cycle for an expected wave of Republican success, given historical trends, President Joe Biden’s unpopularity and the drag of economic news, including gas prices and inflation.

At the beginning of June, FiveThirtyEight projected Democrats would lose an average of 20 House seats — more than enough to flip the chamber to the GOP.

Now, according to FiveThirtyEight’s forecast, Democrats are projected to lose an average of 13 seats. And FiveThirtyEight assesses that they are favorites to hold the Senate — albeit narrowly — in another reversal since June.

What shifted? Here’s a breakdown of key dynamics during the 2022 primary season and what it may mean ahead of the midterms.

The overturning of Roe v. Wade

The overturning Roe v. Wade in June gave a new focus for Democrats on the trail as they increasingly campaigned on abortion rights, which the Supreme Court had ruled should be left up to individual states. The first major litmus test of how Americans felt about abortion after the dismantling of Roe came in the historically red state of Kansas, where in August voters rejected a proposed state constitutional amendment that said there was no right to an abortion.

More than 900,000 Kansans went to the polls to vote, the biggest turnout for a primary election in the state’s history.

While anti-abortion voters are a core part of the Republican base, leading conservatives remain divided on the issue — some push for stricter restrictions nationwide while others argue for a more moderate position.

On Tuesday, South Carolina Sen. Lindsey Graham introduced legislation that would impose a federal ban on most abortions after 15 weeks, with exceptions for rape, incest and the life of the mother. But Minority Leader Mitch McConnell downplayed prospects for such legislation if his party retakes power, saying, “I think most of the members of my conference prefer this be dealt with at the state level.”

And some Republican candidates in tight races in swing states distanced themselves from a national ban. In Pennsylvania, Dr. Mehmet Oz’s campaign released a statement suggesting he would not support Graham’s legislation.

“Dr. Oz is pro-life with three exceptions: life of the mother, rape and incest. And as a senator, he’d want to make sure that the federal government is not involved in interfering with the state’s decisions on the topic,” spokeswoman Brittany Yanick told ABC News.

Former President Donald Trump continues to be an influential figure for Republican voters, even as others in his party suggested his endorsements were sometimes jeopardizing their general election prospects.

While Trump received mixed results with his endorsed candidates this primary cycle, one fact sticks out: In nearly every battleground Senate race, a candidate he endorsed or with whom he aligns won their primary, sometimes beating more moderate options.

Some exceptions prove that rule: In the Colorado Senate primary, where Trump did not make an endorsement, the candidate who won the primary, Joe O’Dea, has cast himself as a moderate Republican hoping to garner more voters in the purple state.

In August, McConnell predicted the House had a greater likelihood of flipping than the Senate, citing “candidate quality” in the Senate races — a veiled remark that many, including Trump himself, took to be about some of the GOP nominees backed by the former president. Heading into primary season, the party had also failed to recruit some popular names like Maryland Gov. Larry Hogan and New Hampshire Gov. Chris Sununu to target vulnerable Democratic incumbents.

Instead, Blake Masters in Arizona, Herschel Walker in Georgia and Oz in Pennsylvania are some of the first-time Senate candidates running in races that are either rated lean Democrat or toss-up by FiveThirtyEight. (McConnell has since publicly fundraised for Oz and Walker.)

In Maryland and New Hampshire, meanwhile, the Trump-aligned nominees Dan Cox and Don Bolduc triumphed over candidates backed by Hogan and Sununu, who won their blue states with more moderate coalitions. Cox and Bolduc energized their supporters in part by campaigning in Trump’s style, which included baseless attacks on the 2020 race.

President Biden’s approval rating consistently fell for much of the primary season, according to FiveThirtyEight — until gas prices began to fall in the summer and he notched a series of wins in Congress, which Democratic lawmakers have been happy to campaign on while on the trail.

Among the bills that were passed and signed — most of them by bipartisan majorities in Congress — were gun-safety reforms, veterans’ health care and domestic computer chip funding and, along party lines, the climate, health and tax package known as the Inflation Reduction Act.

In August, over Republican objections, Biden also announced he was fulfilling a campaign promise and would be forgiving up to $10,000 of federal student debt and an additional $10,000 in debt for those who received Pell grants.

His approval rating has rallied since a nadir in late July, according to FiveThirtyEight. As one example, according to a Quinnipiac University poll released in August, 40% of Americans approved of the job Biden has been doing compared to 52% who did not approve. This is up 9% from the last month.

The two Republicans who survived their primarys are Reps. David Valadao of California and Dan Newhouse of Washington state.

Trump’s biggest target was Wyoming Rep. Liz Cheney, his biggest Republican critic and one of the lawmakers who has led the charge to prevent Trump from, in her words, ever holding office again. Cheney was handily defeated last month by Trump’s pick, attorney Harriet Hageman.

Even though Biden has seen notable improvement in his approval ratings, some Democratic candidates in battleground states still hesitated to campaign with the president.

In Ohio, Rep. Tim Ryan’s campaign told ABC News that they had not asked Biden or anyone from the White House to campaign with them.

In Wisconsin over the Labor Day weekend, Democratic Senate nominee and Lt. Gov. Mandela Barnes was absent as President Biden touted the power of union workers at a “Laborfest” in Milwaukee.

Pennsylvania Attorney General Josh Shapiro, the Democrat running for governor, did not join Biden when he visited Pittsburgh during his Labor Day stop after appearing with Biden at an official White House event in Wilkes-Barre the previous week.

In May, Shapiro told CNN that he would “welcome” Biden in Pennsylvania to campaign for him, adding that he was “focused on running a race here in the Commonwealth of Pennsylvania, listening to the people of Washington County, not Washington, D.C.”

Inflation is still a major problem for voters

Trouble continued to brew for Biden with the latest inflation report, which showed prices were 8.3% higher in August compared to a year ago — higher than expected. Food, shelter, medical care and education were among the categories that increased over the month. But the price of gasoline did fall, alleviating what voters have said is a major concern.

Republicans seized on the persistently high inflation as Biden released a statement that responded to the report, contending that “it will take more time and resolve to bring inflation down.”

The same day, Senate Republicans blasted the White House for celebrating the passage of the Inflation Reduction Act while inflation rates kept rising over last year.

“So they may be taking a victory lap at the White House but I can tell you one thing: The American people are not, because they are feeling the direct impact of this every single day,” Republican Whip John Thune said.

A recent ABC News/Ipsos poll showed that only 29% of Americans said they approved of the way Biden has been handling inflation — while 69% disapproved.

Heading into the general election, some firebrand Republicans who ran on Trump’s endorsement in swing states have started switching their tune on hot-button issues such as abortion.

In Pennsylvania, for example, state Sen. Doug Mastriano initially campaigned for the GOP nominee to be governor in part on a near-total ban on abortions — a portion of his platform he virtually stopped mentioning since winning the nomination.

Other Republican hopefuls downplayed their previous attacks on the 2020 race that Trump lost to Biden.

“If they want to be successful, they have to broaden their message,” Mike DuHaime, who helped former Republican Gov. Chris Christie twice get elected in New Jersey, previously told ABC News. “Yeah, you need the Republican base to be fired up — but you need to win over independents, and you need to win over some conservative, moderate Democrats. And you’re not going to do that by carrying Trump’s water about an election that happened two years ago. They need to move forward.”

In some key competitive races, candidates have rebranded their websites to appeal to more moderate voters, including removing their stances on abortion entirely. In North Carolina’s 13th Congressional District, GOP nominee Bo Hines, who proudly proclaimed that he was anti-abortion and touted his endorsement from Trump, has now removed both from the home page of his website.

“I think, many, many undecided voters won’t be tuning into this race until October,” DuHaime told ABC. “So, there’s certainly time. But you need to make that decision.”

Recapping the 2022 primaries: The environment got better for Dems — but voters still have concerns originally appeared on abcnews.go.com