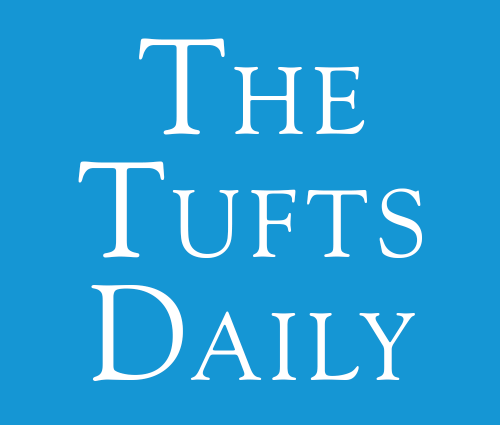 The Rev. Mariama White-Hammond, chief of environment, energy and open space for the City of Boston, visited Tufts University on Sept. 8 in the first installment of this year’s Hoch Cunningham Environmental Lecture series. White-Hammond joined to discuss the ways that Boston is acting as a Green New Deal city and the importance of centering environmental justice communities in climate work.

“Every time I talk about it, it seems like there’s more to say,” Glaser said. “So I hope those of you who are here for several years will be here to see the fruits of this very exciting set of developments.”

In addition to her role in Boston Mayor Michelle Wu’s cabinet, White-Hammond is a founding pastor of New Roots AME Church in Dorchester and has served as the master of ceremonies for the Women’s March on Boston Commons and the Boston People’s Climate Mobilization.

“She has been a leading voice in cultural organizing, the use of arts to transform social relations and environmental justice for nearly 20 years,” Alex Blanchette, associate professor of anthropology and interim director of the Environmental Studies Program, said in his introduction. “She has long worked to embed practices of equity and environmental justice in local spaces, and her work has been underpinned by an intersectional lens that connects together issues of ecology, immigration, climate change, energy policy and economic justice.”

White-Hammond began the talk with a broad look at the history of environmentalism and the problems with how climate issues are framed.

“The conservation movement, while I agree with many of the things that it focuses on, has a history of saying it is okay to dispossess people of lands — which they were doing a much better job of stewarding — so that we can then create national parks that people will have access to while treating the rest of the land in ways that are abominable,” White-Hammond said.

The Green New Deal, she said, aims to correct this past by centering environmental justice and people who are most impacted by environmental displacement in discussions about climate change.

“One of the central tenets of the Green New Deal is that those communities that have been left out should be at the front of the line, both in terms of how we distribute resources, but also in terms of the very thinking around how we might save our society,” she said. “Let’s be really clear: The planet is going to be okay. Mama Earth will survive, she has been through a lot before, [and] she will get through this. [What we have to look at now] is the question of whether she has to choose between herself and us.”

White-Hammond said that while it’s easy to point fingers at those who have entirely disavowed the Green New Deal, which began as a set of climate-related policies proposed by progressive legislators such as Congresswoman Alexandria Ocasio-Cortez, it is just as important to consider the ways that its supporters might overlook the environmental justice element that is central to the framework.

“Have you done the inner soul searching — in our own movements, in our own work, in our own communities — about whether or not we are uniting ecological justice and economic justice? Whether or not we’re asking hard questions about, once again, are we asking poor people to bear the brunt of our environmental policies?” she asked. “Or, [are] we shifting the burden onto those who can actually afford to pay?”

These questions led her to speak about some of the concrete policies that Boston is enacting in the realm of environmental justice, namely its Building Emissions Reduction and Disclosure Ordinance and its Power Corps.

The BERDO, passed in 2013, requires all of Boston’s larger buildings to report their emissions and adjust to lower their emissions to targets that change every five years, all in an effort to reach Boston’s goal of having a net-zero carbon output by 2050. Seventy percent of Boston’s emissions come from buildings, meaning reducing the city’s carbon footprint hinges on landowners complying with BERDO regulations.

“What was important about BERDO is not just that we put out an emissions standard. Other people have that,” White-Hammond said. “What was pretty unique about Boston … is that we put equity provisions right in the policy.”

Any buildings that fail to meet the standard must be presented to a review board, two-thirds of which is appointed by community-based organizations, and building owners must explain why they could not comply. There is also a significant fine for failure to meet BERDO targets, which will be invested directly in environmental justice communities.

The Power Corps, based on a program in Philadelphia that also began in 2013, trains people between the ages of 18 and 30 with a high school diploma or GED in green jobs. The training can be completed in one year, and participants complete the program able to work in fields such as urban forestry, smart building technology and composting. White-Hammond said that the focus is on getting people jobs with a living wage and a career path.

“We are not training people to be in crap jobs,” she said. “We are paying attention to where [there are] industries that are moving so quickly they’re struggling to fill those roles.”

At the end of the talk, White-Hammond took questions from audience members, including on how Boston is making the city more cyclist- and pedestrian-friendly. She spoke on how infrastructure such as bike lanes can make a city both more environmentally friendly as well as more pleasant and livable overall.