What The Tech? Attracting Tech Talent And Building A Robust Tech Ecosystem In Charlotte 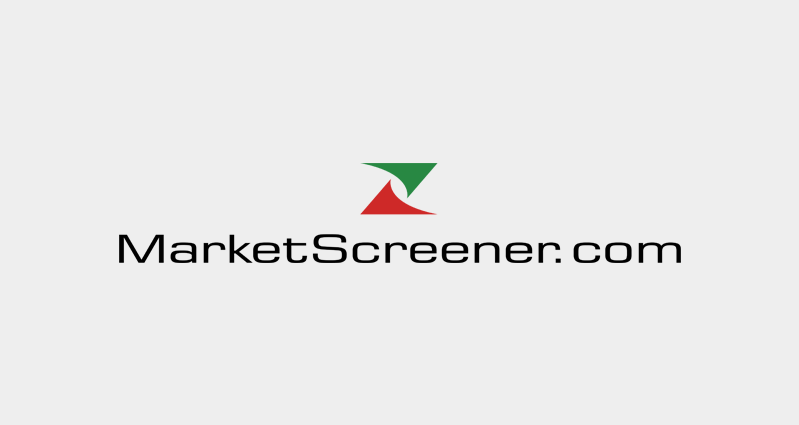 The proverbial “Help Wanted” sign might as well be a permanent fixture for tech sector companies—or at least it seems that way for industry leaders. The most recently reported unemployment rate for technology jobs was a miniscule 1.7 percent—and that actually was slightly higher than the previous month.

At the same time, employer demand for such skills continues to grow. The number of tech job listings is up 40 percent year-over-year nationally, and in , a global financial services capital with a strong FinTech presence, there currently are 20,000 open tech job postings in that market alone.

“The thing we keep hearing from clients is the recruiting piece: How do we get the right people? It’s not just limited to tech—employers from every sector are having trouble finding the right talent,” Henriques said, noting that unemployment rates are at historic lows in both the and (3.6 percent and 3.4 percent respectively, according to the .”

“The thing we keep hearing from clients is the recruiting piece: How do we get the right people?”

Such a strong market for tech sector employees means that companies must find creative solutions to filling job openings. Nearly every employer has had to embrace at least some level of remote working (some more enthusiastically than others). Other companies are investing in efforts to “grow their own” tech workforce by upgrading their professional development programs, rather than rely exclusively on an increasingly competitive labor market.

The New Reality of Remote (and Hybrid)

Before , remote working made up a growing, but still small, segment of the workforce. But the COVID-19 pandemic drove millions of office workers to their desks and laptops. Many have returned to full-time office work, but many others have not.

Moschandreas says he is seeing three distinct groups of employees: Some want to be in the office full-time, others want full-time remote and some want a hybrid work model.

“Right now, we’re at a point where employees who want to work where they want can dictate terms,” he said. Moschandreas said that may change somewhat if and when the tech job market takes a downward turn. But tech specialists have a lot of leverage in the current job market. “We’re going to be fishing in smaller lakes based on employee preference,” he said.

“Flexibility is going to be key, and you need to decide what that means for a particular team or office,” Kerrins said. Particularly for large businesses, she said the key for deciding in-person versus remote requirements is to find a happy medium between being too prescriptive and too vague.

“Right now, we’re at a point where employees who want to work where they want can dictate terms.”

Quaine said that for , that happy medium has been to focus on employee performance, rather than location. Employees who are performing at a high level have more leniency in choosing their work location than others.

Work Culture in a

Most companies want (or need) to be flexible in order to recruit talent. But many managers say they struggle to build and promote company culture in a remote environment, and that can impact employee retention. So how can companies promote a workplace culture when the workplace isn’t a single location?

Marr said there is no one-size-fits-all solution, and the size of an organization also should be a factor in determining remote vs. in-office policy. He said at start-ups such as , the small-team, collaborative work environment may lend itself more to in-person settings than at large corporations.

“Culture is so important for any organization, but particularly for a start-up or emerging company,” Marr said. “It becomes more difficult to foster that if everybody is remote. We need diverse thought processes, but now, everybody is remote. So how do we effectively do that? That is another piece of the equation that businesses are going to need to get their arms around.”

But even within hybrid and highly remote work settings, Quaine said there still is much companies can do to promote unity and a common workplace culture.

For example, she recommends having a weekly team gathering of both in-office and remote team members to discuss topics of general concern. Her team uses a software tool called MURAL, which allows team members to collaborate and put ideas in a shared space.

“Video is one solution that may help,” Kerrins said. “If you can see everyone, you can see their faces and identify whether they’ve been on mute for 10 minutes trying to speak.” The panelists noted that the pandemic brought about a rapid improvement in tools used for video conferencing and remote meetings.

But for Moschandreas and many others, even the best video conferences aren’t a substitute for in-person conversations.

“I do feel like it is exhausting to be on virtual calls all day, and it’s also very easy to multi-task on virtual calls,” he said. “It seems more socially acceptable to not pay attention when someone is talking. It is a tool that could become a crutch.”

While the workplace debate is likely to continue among employers, two things nearly all tech companies can agree on is that the current job market is difficult and that they have to work harder than ever to recruit and retain the right talent.

One solution, Quaine said, is promoting from within. She said 30 percent of her team members have developed additional skills and been promoted to higher positions within the company.

“We’re advocates of understanding people’s skillsets and allowing them to grow. We are developing our own talent. We are intentional about bringing those teammates up—it’s one of our core values,” she said.

“We’re advocates of understanding people’s skillsets and allowing them to grow. We are developing our own talent. We are intentional about bringing those teammates up—it’s one of our core values.”

Kerrins agreed, saying, “Internal recruiting and talent mobility are huge areas of focus. We also have a lot of great training programs – we have a tech college that we launched. We offer cloud certification. We have study groups. We want and encourage our employees to grow within and across the company.”

She also noted that another advantage of hiring from within is that those employees already understand the company’s culture and have shown an ability to thrive by working across teams and groups.

Companies aren’t alone in these tech talent development efforts, Olmstead said. She mentioned training and support provided through the and as examples.

“With that support, there are several programs that are developing emerging tech skills, including Road to Hire and Year Up,” she said. “We are partnering with the Year Up program- which is a national program and working through . They are building tech skills and we hire them as interns with a decision to hire them. While we are just beginning this program, we have had great success.”

Olmstead also said Lending Tree is working with the in sponsoring technology and entrepreneurial pitches. This initiative brings HBCU college students together to develop a “pitch” for a new tech product.

“We are partnering with the Year Up program. They are building tech skills and we hire them as interns with a decision to hire them. While we are just beginning this program, we have had great success.”

The panelists also said that developing a diverse workforce is critical, even as tech companies struggle just to fill job vacancies.

“Our diversity pillars are Representation, Inclusion, and Growth,” Olmstead said. “Our goal is to have a diverse workforce who sees great growth trajectory in a company that cares about everyone’s whole self. While we have work to do, we make sure we are attracting top talent from a variety of sources, we provide early mentoring and support to ensure early success, and we track and manage our promotion pipeline to ensure diverse representation. We are utilizing Women in Tech Hackathons to engage and recruit women. We are proud of our focus on this, but we still have work to do.”

“We have to represent the customers and clients we serve. And the results are making it clear: diverse teams can better serve customers,” Kerrins said.

“We have to represent the customers and clients we serve. And the results are making it clear: diverse teams can better serve customers.”

The democratization of the tech sector is just as much of a trend as remote work. remains the big dog, but many other markets around the country have become serious players in the tech industry.

( area) long has been on that list of tech hubs, and in 2021, Apple announced plans to build a billion+ campus in the area. The Apple project is expected to bring at least 3,000 new, high-paying jobs to . , just four hours down the road on , also is a major center for tech activity.

also is a fast-growing center of tech activity, particularly around FinTech. One recent report found approximately 100,000 tech professionals in the market, many of whom are employed in the financial services industry.

“ is poised to be a great FinTech and technology market,” Marr said, noting that large-scale bank consolidation had brought tech talent and resources to the region. “I’m bullish on the tech sector here, as well as the capital resources available.”

“ is poised to be a great FinTech and technology market. I’m bullish on the tech sector here, as well as the capital resources available.”

So is there competition with /RTP and for tech talent? Yes, the panelists said—but that competition goes both ways. -based companies can recruit from and /RTP, just as companies in those markets look to hire talent from .

“We’ve gotten a lot of talent from …. They have great innovation labs there,” Quaine said.

“One thing that should not be lost in this conversation is the livability of ,” Moschandreas said. The region’s not-too-big/not-too-small size, its proximity to the mountains and beaches, its many amenities and its relatively low cost of living make it an attractive place for people who can choose where to live and work.

Earlier this month, CNBC’s highly anticipated annual state business competitiveness rankings named the #1 state in the nation for doing business. CNBC cited both technology and access to capital as particular strengths of the Tar Heel State—and certainly is at the forefront in both factors.

The content of this article is intended to provide a general guide to the subject matter. Specialist advice should be sought about your specific circumstances.