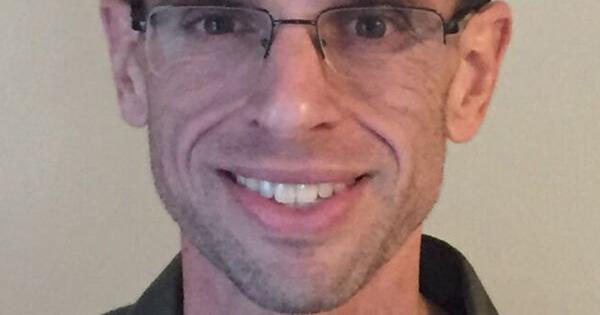 “I’ve got five kids but on the fifth I had a moment of weakness and it came out as a girl”, Jair Bolsonaro said in 2017, a year prior to being elected president of Brazil.

Bolsonaro’s misogyny at that point was already well known.

Bolsonaro’s anti-gay views were also well known prior to him being elected president. In 2002, he said, “if I see two men kissing in the street, I’ll hit them.” “I would be incapable of loving a homosexual child,” he later said. “I’d rather have my son die in an accident than show up with some mustachioed guy.”

Brazilians will head to the polls in October. Bolsonaro is running for reelection. Will he win a second term? How, some may wonder, was Bolsonaro elected to begin with after having made such inflammatory statements?

Brazil is known for its raucous Carnival celebrations. But outside of the megacities of Rio de Janeiro and Sao Paulo, Brazil is relatively socially conservative, as journalist Richard Lapper, who has written a biography on Bolsonaro, has pointed out. Bolsonaro’s positions on social issues, viewed as retrograde among many in the West, struck a chord with many Brazilians.

At the same time, there were many in Brazil who were offended and outraged by Bolsonaro’s stated views. Under typical circumstances Bolsonaro perhaps would not have become president. But in 2018, he benefited from a confluence of economic and political factors that worked to the advantage of his outsider status, paving the way to the presidency.

Brazil got off to a good start in the 21st century. Inflation, which had been a chronic problem (as it had often also been elsewhere in Latin America) had been tempered. China’s increasing demand for raw materials (and its joining of the World Trade Organization in 2001) led to a commodities boom that Brazil benefited from. Brazil became known, along with Russia, India, China, and South Africa, as a developing country with a dynamic economy expected to rise in the new era.

Economic success translated into political popularity for Brazil’s incumbent government. Luiz Inacio “Lula” da Silva, who was president from 2003-10, established the Bolsa Familia program, a cash-transfer aid initiative for poor families contingent on children staying in school and being vaccinated. The program was widely popular, pulling many out of poverty and putting money in the hands of consumers, stimulating growth. Lula left office in 2010 with a record high approval rating, with 87% indicating support just prior to when he stepped down from office.

Lula’s successor, Dilma Rousseff, was elected promising to continue his popular policies. But trouble was on the horizon for Brazil. Domestic producers were struggling. Interest rates were increased in an effort to keep inflation down. The global economy slowed as Europe faced a debt crisis and Chinese growth slowed. Brazil’s already bloated public sector became more over-extended. A pension crisis loomed.

The summer of 2013 was the beginning of the end of the Rousseff presidency. What started off as protests over the imposition of a higher bus fare quickly evolved into broader protests over a host of political and social issues. In March of 2014, the Lava Jato (or “Car Wash”) scandal began (so-named because it started with an investigation into money laundering schemes involving small businesses such as car washes), eventually broadly implicating a wide swathe of Brazil’s political elite. Brazil’s economy fell into recession. Rousseff’s popularity, and that of the governing Workers’ Party (PT) as well as other parties implicated in corruption, plummeted.

Rousseff was narrowly reelected in 2014 but soon faced impeachment. Her administration was accused of using misleading accounting practices that disguised the true extent of Brazil’s fiscal problems. But most of the legislators who made statements against Rousseff during the impeachment proceedings referenced more general concerns. Bolsonaro, who was in Brazil’s lower house at the time, dedicated his impeachment vote against Rousseff to the memory of the colonel of the unit that had tortured Rousseff while she was imprisoned during military rule.

Rousseff was removed from office in 2016. Michel Temer of the center-right Brazilian Democratic Movement (MDB) became president. Temer was extremely unpopular during his two-year tenure as Brazil’s head of state. He was nearly continuously under investigation for corruption and tried for impeachment twice. His approval rating fell into the single digits prior to the end of his term in 2018.

When Bolsonaro ran for president to succeed Temer, Brazil’s major political parties had been thoroughly discredited in the eyes of the public. Bolsonaro, despite having long been a member of Brazil’s lower legislative chamber, was not closely associated with a political party. His outsider status worked to his advantage.

Bolsonaro had several other things going for him as well. With a strong social media presence, he was also able to capitalize on the decline of the traditional media and increasing ubiquity of smart phones in Brazil. Former president da Silva, who hoped to run, was not permitted to do so having been convicted of corruption, as he maintained that he was innocent. Gang violence had become an increasing problem in Brazil. Voters responded to Bolsonaro’s tough-on-crime rhetoric. In general, with Brazil’s economy in recession and the political system seemingly mired in corruption, voters were ready for change.

Just prior to the election, while meeting with supporters, Bolsonaro was stabbed. The attack did significant bodily damage. Bolsonaro underwent surgery and began a lengthy recovery process.

Though Bolsonaro suffered physically from the stabbing, he gained politically, as Lapper, his biographer has pointed out. The attack generated sympathy. Bolsonaro’s political opponents became more constrained in their criticism. And he avoided engaging in public debates that would have perhaps exposed his lack of political sophistication. Instead, he was able to finish out his campaign on social media, in his comfort zone.

Much has changed since the 2018 election. Bolsonaro now has a record to run on rather than being able to run as a political outsider as he did previously. He has some things to answer for.

Bolsonaro’s handling of the coronavirus pandemic was catastrophically poor. He downplayed the threat of the disease, referring to it as a “little flu,” vehemently resisted lockdowns, championed hydroxychloroquine and other ineffective (and potentially harmful) “cures.” and opposed vaccines. Brazil has had the second highest number of COVID-19 deaths in the world (behind the United States).

Along with his mishandling of the pandemic, Bolsonaro has come under scrutiny for his record on the environment, specifically for the loosening of environmental regulations and his flippant attitude towards devastating forest fires in the Amazon. He disingenuously suggested that wild fires in 2019 were started by environmental groups in an effort to discredit him. As a result of Bolsonaro’s intransigence, as fires spread, France’s president Emmanuel Macron accused Bolsonaro of “ecocide.”

Due to a conviction on what he maintained were politically-motivated charges, former president Lula was not able to run for president in 2018 as he had hoped. Polls at the time indicated that he likely would have won. Da Silva has been cleared for this year’s election. He is the front-runner.

Bolsonaro was able to get away with the inflammatory things that he has said in the past when he was elected president in 2018. But the circumstances surrounding the election then were much different than they are now. Brazil is no longer in the grips of severe recession and a corruption scandal. Bolsonaro will have to account for his record over the past four years, which has included gross mishandling of the COVID-19 pandemic and a failure to address an environmental crisis.

There is still a chance that Bolsonaro will come out on top again. But it is much less likely than it was four years ago. Brazilian voters will soon decide his fate. Stay tuned.

David Dreyer is the Director of General Education and a political science professor at Lenoir-Rhyne University.

Get opinion pieces, letters and editorials sent directly to your inbox weekly!