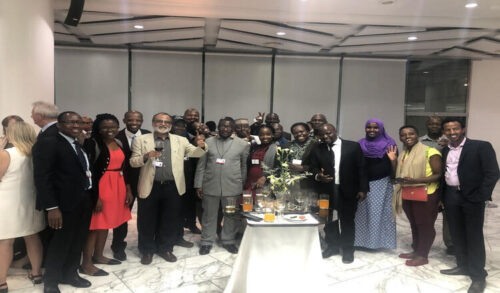 Montreal Protocol: When minds of G-147 meet might of G-50 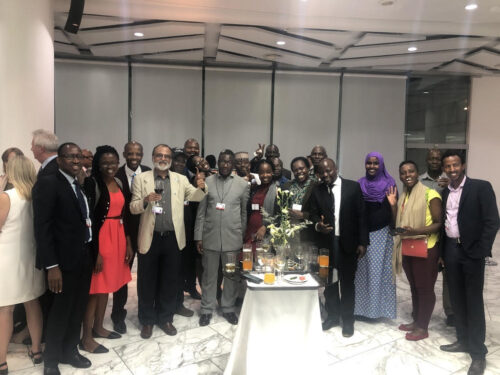 September 16, the World Ozone Day, is not just a day to drum the success of recovery of the Ozone Layer. It is also to bugle the triumph of the international era of accomplishment in Multilateral Environmental Diplomacy and lessons for those struggling for over two decades to find a workable solution for climate change and global warming.

As we celebrate the 35th anniversary of the stellar success of the Montreal Protocol, as the agreement to save the ozone layer from depletion, is called, it is also timely to look at the recurring failures in finding a similar agreement that is not only workable but also exemplary as it can lay the foundation for finding success in negotiating tricky, multilateral agreements, something that is sorely being missed in the world today.

Over the last 35 years, the Montreal Protocol has continuously made positive waves through vibrant negotiations that always ended with consensus, even on the trickiest of issues.

In sharp contrast, 30 years of failed international efforts to mitigate climate change are receiving a whole lot of flak, putting outcomes of the upcoming Climate Change Summit, COP-27 in Egypt at the risk of utter failure. In this context, the World Ozone Day, stands out and perhaps it is time that the negotiators preparing for Sharm El Sheikh meeting should look at the lessons from Montreal Protocol in order to stitch up another much-needed environmental win for the entire planet.

There is a whole lot that negotiators of today can learn from those of us who negotiated the Montreal Protocol and then ensured its timely and complete implementation. It is not for nothing that the world proudly remembers not only the creative spins in negotiations that accelerated the implementation of the Montreal Protocol, but also the resounding achievement in prevention of the ‘sky-high-ozone-hole’ crisis that could have caused horrific havoc on our planet.

Montreal Protocol is by far the most successful global pact which is wide ranging, ambitious, unique and unprecedented in nature. Montreal Protocol is all of the above and much more because it was the first pro-active effort by humankind to do whatever it took to reverse the damage caused by human actions to global ecology. Indeed, accepting a target to repair the ozone hole was an unprecedented international agreement.

Another unique element which played a pivotal role in the success was the willingness of the rich world nations to acknowledge and accept the principle of ‘polluter-pays’, which paved the way for tens of billions of dollars being pooled in the rich world to help the poor nations avoid going down the same path of destruction of ozone layer. The rich world also readily and almost proactively provided technological assistance as well, wherever needed.

All in all, these elements ensured that the agreement was not only accepted and implemented in a time-bound manner, but also that the global community got together frequently to tweak the agreement, as per the need of the hour. The reasons behind this flexibility and success are many and one of the main reasons is the structure of the entire implementing mechanism.

One of the most innovative projects that proved to be the fulcrum of the success was the regional networking of National Ozone Units promoted by OzonAction of United Nations Environment Programme and voluntarily established by national governments of 197 countries, typically called as NOU. The simple but extremely effective mechanisms that still works and contributes immensely in putting the Earth’s life-shield on recovery path. This mechanism has now become torch-bearer to resolve the planetary conflicts.

In order to ensure that the agreement was properly implemented, 50 developed countries supported 147 developing countries, who were grouped in 10 regional clusters for regular face-to-face meetings that provided access to each other’s data, strategies progress, policies and projects. They learnt to accelerate the progress by sharing and by caring about each other’s plans and ambitions. Informal dialogue nurtures formal commitment is one of the key principles of the UN and this agreement showed exactly how. More than anything else, these clusters were the meeting points of the minds of the countries, where the success of the Montreal Protocol was sown.

It was a sharp and smart tool in-action for conflict-resolution. The conflict was sparked by the fact that G50 had caused most of the damage to the ozone layer and G147 had to suffer the most due to the consequences of the impacts of depletion of the Ozone. Yes, developed countries agreed to pay incremental cost to developing countries under the negotiating principle of ‘polluter to pay’ but conflict was not easy to resolve. It persisted in early years of the Montreal Protocol. Then ‘common but differentiated responsibility’ was agreed upon and put in practice to provide differentiated and longer timetable for common objective of phase out of Ozone Depleting Substances.

Regional Networking meetings in which the developed countries also participated, sent the simple signal that investing in dialogue is equivalent to the investing in our common future and the success.

It is significant that on September 14, 2022, just two days before International Ozone Day, talking of climate change and the failure of the world to make any headway, UN Secretary General Antonio Guterres said, ‘‘This year’s debate in General Assembly must be about providing hope. That hope can only come through the dialogue and debate that are the beating heart of the United Nations.”

It would be appropriate to highlight here that the United Nations Environment Programme’s OzonAction Programme had already realised this principle and its importance 35 years ago and initiated the actions.

The success of the Montreal Protocol in achieving global participation and accelerating phase-out and phase-down of ozone depleting chemicals can be attributed in large part to the regional networks instituted by the OzonAction Programme of UNEP in 1991-92.  ‘Regional Networks’ are still financially supported by the Protocol’s Multilateral Fund. They have become the arteries of communications between North-South and South-South with single minded objective of ‘sealing the Ozone Hole’.

Ongoing relationships through regular regional meetings of the Networks also facilitated transfer of environmentally friendly technologies, not only between North-South but also South-South. For long, the networks have played an additional role in encouraging innovation and knowledge sharing to advance the march towards the target.

As a global head and Director of the OzonAction Programme in UNEP and the one who conceived and nurtured the mechanism of regional networks, it has always intrigued me to this date, as to how and why the United Nations, over the last 35 years, has been successful in protecting the stratospheric ozone layer,  while the Kyoto Protocol and Paris Climate agreement do not see any end to rise of Green House Gas (GHG) emissions. Even the larger global peace mechanism put in place by United Nations for more than 75 years back remains a formidable challenge and leaves job unfinished.

The answer to this query, according to me, was that collective learning by sharing of information  was fundamental to the Regional Networks. Informal settings provide the free and flowing backdrop for each meeting. As the global community was implementing the Protocol, with the time bound targets for eliminating production and consumption of Ozone Depleting Substances or ODS, the world needed innovative tools to make the treaty work. UNEP’s Regional Networks filled that niche as they enhanced multilateral co-operation to enable developing countries to meet their compliance obligations under the Protocol.

There are presently 10 such regional networks, namely Southeast Asia and the Pacific, West Asia, South Asia, Central Asia and Europe, South America, Central America, the Caribbean, English-speaking Africa, and French-speaking Africa, Pacific Island countries. Developed countries have chosen to participate in the network of choice mainly to provide support and advice, share their successes and failures. Many a times they also benefitted by receiving new ideas from their counterparts in the South.

Apart from the accelerated ratification of the Protocol and its Amendments, there are unique outcomes of the regional networks. Early development of national ODS legislation and other policy measures, more regular data reporting, and improved compliance with the ODS phase-out schedules. Regional Networks of Ozone Officers have now become a core institution under the Multilateral Fund, and many of the implementation processes under the Fund are now integrally linked to them. The Networks now play a key implementation role by providing a vital missing link between policymaking at the international level and measures and actions needed at the national level.

The social groupings, economic networks, political fora that meet regularly are well-known. But rarely, if ever, networks are regionally grouped to implement the global environmental goals under the multilateral environmental agreements. The regional networks of NOUs under the Montreal Protocol stand out as one of the rare mechanisms that contributed to achieve the environmental goal of setting Ozone Layer on recovery path.

The networks also provided mechanisms that allowed addressing questions or the new challenges to the ozone layer recovery that emerged and where the replacements were found to be harmful in other ways. For instance, HFCs, alternatives to CFCs and HCFCs, that have very high global warming potential are one of the cross-linking subjects between the Montreal Protocol and Kyoto Protocol/Paris Climate agreement. It is widely debated by all the networks. The desire to have ‘two Protocols but one solution’ germinated in the Regional Networks.  Synergies between chemical and trade treaties like the Stockholm Convention, Basel Convention and Rotterdam Convention were part of the forward-looking dialogue among the networks regarding effective integration.

The Executive Committee of the Multilateral Fund recognised Regional Networks as key channels to get feedback on the global implementation of the Montreal Protocol and strengthen the implementation. Such feedback resulted in developing new project modality based on elements captured through UNEP’s country consultations. The new delivery mechanism for assistance to small countries through training, awareness-raising, good practice, synchronised policies, and related equipment and tools that was founded on a solid assessment of the sector.

It is indeed a pity and a shame that a very successful and time-tested model of how to build global treaties and ensure their timely and honest implementation has remained in the shadows, while governments and negotiators squabble over climate change.

The regional networks, which have existed for decades and which have time and again proven their efficacy ought to be replicated by climate change negotiators who can definitely learn many lessons from the Montreal Protocol in an attempt to break the gridlock that is sure to emerge at Sharm El Sheikh later this year.

(Rajendra Shende, an IIT Bombay alumni,  is a former director of UNEP and currently chairman of Terre Policy Centre and advisor to Media India Group. The views expressed here are the author’s own and do not necessarily reflect those of Media India Group)