Explained | Has the emissions deadline been extended? 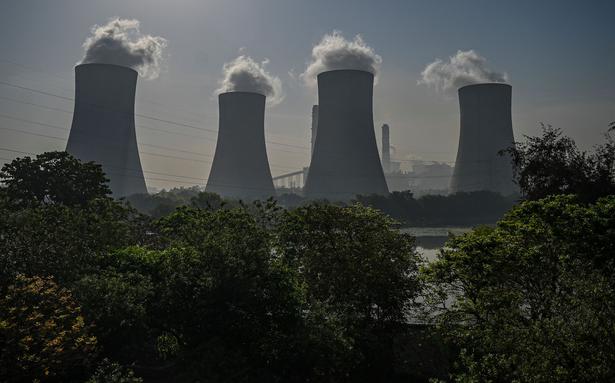 Why have thermal units got an extension on installing pollution-control technology to remove sulphur compounds from coal exhausts?

Why have thermal units got an extension on installing pollution-control technology to remove sulphur compounds from coal exhausts?

The story so far: On September 5, the Ministry of Environment, Forests and Climate Change (MoEF&CC) extended the deadline for installing pollution control technologies in the country’s thermal power plants (TPPs). This was the third time that the Ministry has extended the deadline for installation of pollution control technologies. The country’s first emission norms for control of sulphur dioxide (SO2), nitrogen oxides (NOx) and mercury (Hg) from coal-fired power plants were notified in December 2015, and the thermal plants were given a timeline of December 2017 to comply.

What does the notification say?

In the notification, the Ministry set up three different timelines for three categories of thermal power plants for ensuring installation of pollution-control technologies. The categorisation of power plants was done in April 2021 on the basis of an amendment to The Environment (Protection) Act, 1986.

What are the concerns?

Environmentalists have raised red flags over the deadline extensions and the dilutions. According to Anjal Prakash, Research Director and Adjunct Associate Professor with the Bharti Institute of Public Policy at the Indian School of Business (ISB) and Intergovernmental Panel on Climate Change (IPCC) author, the manner in which the extensions have been made since 2015 across parameters including sulphur dioxide, nitrogen oxides and mercury, act as a roadblock. “It could potentially dent India’s emission targets. The deadlines needed to be met earlier as the further increase in SO2 emissions will further dampen the current air pollution scenario, resulting in a double whammy with current climate catastrophes being witnessed across our cities at the moment,” he added.

A thermal power plant converts heat energy into electric power by burning fossil fuels (coal) and pumps out a lot of gases which are by-products of the burning. Along with carbon dioxide, thermal power plants release SO2 (sulphur dioxide) which is a major contributor to particulate matter in air pollution. The process of eliminating sulphur compounds from the exhaust emissions of fossil-fuelled (coal-fired) power plants is known as flue gas desulfurisation (FGD). This is accomplished by including absorbent materials, which can eliminate up to 95% of the sulphur from the flue gas by scrubbing.

Seven years since the first notification for thermal power plants to control the emission level of S02 within prescribed standards, the percentage of plants that have installed FGDs remains negligible.

How many plants have installed desulfurisation units?

Data from Central Electricity Authority (CEA) points out that till February 2021, of the total thermal power of 211. 6 GW (giga watt) across 600 units installed in the country, only 8.2 GW (across 20 units) have installed FGDs. Installation of FGDs is a time-consuming process and takes a minimum of 36-42 months for commissioning from the date of award. Data by CEA till February 2021 show bids for installation of FGDs have been awarded to power plants generating 85.7 GW (across 190 units). Environmentalists argue that going by the pace at which bids are being awarded for FGDs’ installation, a majority of power plants are most likely to miss the new deadline too.

What are the challenges?

The Ministry of Power and Renewable Energy has often referred to constraints in the implementation of FGD technology at thermal power plants. In response to a question in the Lok Sabha in August 2022, the Ministry pointed out that alongside the minimum time period required for FGD commissioning of 36-42 months there is limited availability of vendors and that there is a price escalation factor too due to the limited supply of components. According to the Ministry, the COVID-19 pandemic had an impact on the supply chain and manpower availability. Two years ago, an association of power producers had written a letter to the Prime Minister’s Office seeking more time for installation of FGDs and raised the issue of supply disruptions in China, pointing out that only 20-30% of emissions-reducing components are manufactured in India and the country is dependent on China.

In another reply in December 2021, the Ministry informed the House that the FGD system to control pollution was installed for 1,340 MW of coal-fired thermal power capacity of the National Thermal Power Corporation (NTPC). With 24 coal-based power stations, NTPC is the largest thermal power generating company in the country which has an installed capacity of 48,720 MW.

Despite the push for alternative sources of power, major production of electricity in India is achieved through coal-based thermal power plants which accounts for 75% of the country’s total power generation. With severe levels of air pollution recorded in the past few years in the Delhi-NCR region and other cities, the cost of installing FGDs, say experts and environmentalists, should not come in the way of the benefits a clean-up will provide for air quality and health.

Going by Prime Minister Narendra Modi’s commitment made at the 2021 UN Climate Change Conference, India proposes to achieve the goal of 500 GW of non-fossil fuel by the year 2030 and will achieve the net zero emission target by 2070. Environmentalists argue that if the MoEF&CC, which should have penalised power plants for not switching to pollution-control technologies, keeps extending the deadline, the transition to cleaner sources of power will take much longer. According to Ritwick Dutta, environmental lawyer and founder of Legal Initiative for Forest and Environment, India’s National Clean Air Programme’s target of reducing air pollution by 20-30% by 2024 will never be achieved if the government gives repeated leeway to violators. “With this extension, a clear message has gone from the Central Government to all power companies that they should not take environmental norms seriously,” he contended.