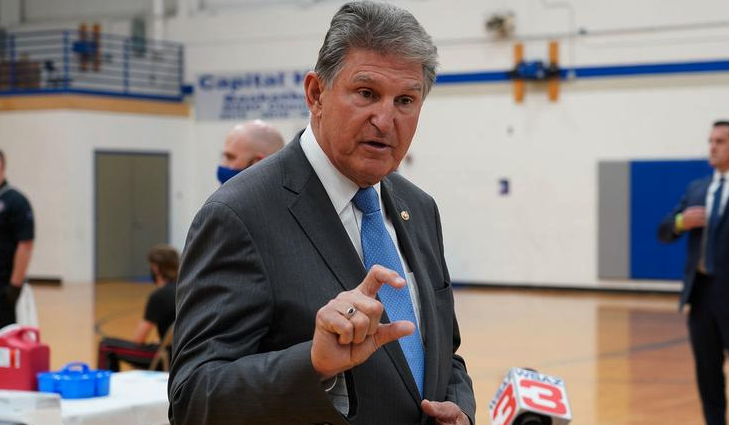 WASHINGTON — With a potential government shutdown looming at the end of the month, U.S. Sen. Joe Manchin has once again put his party in an awkward position.

The divisions even extend to Hawaii’s federal delegation.

As part of a deal to get Manchin’s vote on the Inflation Reduction Act — historic legislation that invests hundreds of billions of dollars in clean energy to combat climate change — Majority Leader Chuck Schumer promised a vote on federal permitting reforms that many have criticized as a giveaway to the fossil fuel industry.

Schumer now wants to tie that vote to a continuing resolution that’s necessary to keep the government open past Sept. 30, which is the end of the fiscal year.

That plan has further rankled Democrats, particularly in the House, who say they’re being put in a position to vote on a measure they don’t necessarily agree with or risk shutting down the federal government just before critical elections in November that will determine which party controls Congress for at least the next two years.

Hawaii Congressman Ed Case is among those expressing concern about the deal.

Case was one of 72 Democrats who signed a letter to Schumer and House Speaker Nancy Pelosi earlier this month opposing Manchin’s permitting reforms.

The lawmakers, led by U.S. Rep. Raul Grijalva, who is the chair of the House Natural Resources Committee, were particularly concerned about proposed changes to the National Environmental Policy Act, which requires community input on projects that could have long-lasting impacts on public health and the environment.

While no official bill text has been released, a leaked draft of Manchin’s proposal bore the watermark of the American Petroleum Institute, a trade group that represents the oil and gas industry and has spent millions of dollars lobbying Congress. Critics, including Case, said that raised questions about the true intent of the legislation.

In their letter, the House Democrats said the proposed bill’s “destructive provisions will allow polluting manufacturing and energy development projects to be rushed through before the families who are forced to live near them are even aware of the plans.”

“We remain deeply concerned that these serious and detrimental permitting provisions will significantly and disproportionately impact low-income communities, indigenous communities, and communities of color,” they said.

Specifically, Manchin — who has financial ties to the fossil fuel industry — wants to streamline the NEPA review process by setting time limits on permitting reviews and creating a statute of limitations for legal challenges.

His proposal also includes language to modify the Clean Water Act and requires the completion of the Mountain Valley Pipeline, a 300-mile natural gas transmission line that would run between West Virginia and southern Virginia that so far has struggled to secure necessary federal permits due to various environmental concerns.

Case said in an interview that he worries that Manchin’s proposal would limit public consultation on projects that could have significant environmental and social impacts.

“Not everything is going to be satisfactory to everyone and I understand that.” — U.S. Sen. Brian Schatz

NEPA has a long history, including in Hawaii and the greater Pacific where it has been used by community members to challenge everything from Honolulu’s rail project and the construction of H-3 to the military’s use of sensitive island territory for bombing and live-fire training.

Case said he thinks the law has worked well, even though he admits there might be areas where reasonable reforms could make the process less cumbersome.

“I don’t want to change the entire construct of U.S. environmental law,” Case said. “My concern is that the devil is in the details and those are the moving targets.”

Case is considered a moderate among his Democratic colleagues and is a member of the fiscally conservative Blue Dog Coalition, which is in part why his name sticks out among those opposed to Manchin’s proposal.

The Hawaii congressman was one of a handful of House Democrats who blocked President Joe Biden’s original Build Back Better plan from moving forward due to concerns over its price tag, a maneuver that ultimately led to the trimmed down Inflation Reduction Act.

But Case, a member of the Natural Resources Committee, also considers himself an environmentalist.

His position on the Manchin proposal aligns with many in the most progressive wing of the party, including Vermont Sen. Bernie Sanders, who has called the permitting proposal a “disastrous side deal.”

It stands in stark contrast to U.S. Sen. Brian Schatz, who is considered a climate hawk.

Schatz is a member of Schumer’s leadership team and has said he will vote in favor of Manchin’s proposal.

He said streamlining the environmental permitting process is necessary to meet Democrats’ goal of curbing U.S. carbon emissions by 40% by 2030 because it will quicken the pace of updating the nation’s electrical grid.

Waiting 10 to 15 years for solar and wind projects to be approved isn’t feasible, he said, especially given the pressing nature of the climate crisis.

NEPA is one of the most litigated federal environmental statutes, according to the U.S. Justice Department, and permitting snafus can delay projects — such as the Chokecherry and Sierra Madre wind farm in Wyoming, which will be the nation’s largest once completed — for years on end before finally bringing them online.

While Schatz acknowledges that Manchin’s proposal is not perfect — he doesn’t like the fact that he’ll be voting in favor of a natural gas pipeline — he also understands that his support was a necessary concession to secure the West Virginia senator’s vote on the Inflation Reduction Act.

He said he sympathizes with his colleagues in the House, including Case, who have concerns about the deal that was cut. But without it, he said, there is no Inflation Reduction Act.

“Not everything is going to be satisfactory to everyone and I understand that,” Schatz said. “But my job was trying to deliver climate action that is equal to this emergency and we did that. That also means that we had to come to an agreement with Sen. Manchin.”

Sign up for our FREE morning newsletter and face each day more informed.