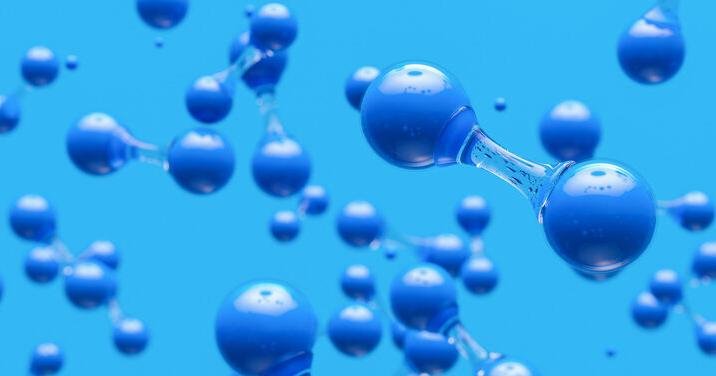 Wisconsin is banding together with five other Midwestern states to promote development of a “clean hydrogen” economy.

The states, which also include Illinois, Minnesota, Michigan, Kentucky, Ohio, and Indiana, will work together to identify opportunities for advancing sustainably produced hydrogen, which can be a carbon-free energy source, according to a non-binding agreement signed by the six governors, including four Democrats and two Republicans.

According to a memorandum of understanding, the states view clean hydrogen as an opportunity to leverage existing industry and infrastructure to promote economic growth and energy independence while lowering greenhouse gas emissions.

“We don’t have to choose between clean energy and clean air and creating good-paying jobs and a strong economy—we can do both,” Gov. Tony Evers said in a statement.

The Midwest Hydrogen Coalition — or M-H2 — will identify production pathways, evaluate infrastructure and end uses and may collaborate on one or more applications for a share of $8 billion set aside in the Bipartisan Infrastructure Law for creation of regional clean hydrogen hubs.

Often touted as a replacement for natural gas, hydrogen is a combustible gas that contains no carbon. It’s been used since the 1950s to fuel NASA rockets. Combined with oxygen in a fuel cell, it can produce electricity with only water as a byproduct, though when burned it releases pollutants that contribute to smog and acid rain.

There’s also the problem of making it: About 95% of the hydrogen produced in the United States today is derived from natural gas using super-heated steam, according to the U.S. Department of Energy. The process is energy-intensive and releases carbon dioxide.

“You have to think about more than just the point of use,” said Julie McNamara, a senior energy analyst with the Union of Concerned Scientists. “There’s less carbon dioxide coming out of the smokestack … but you can actually have far higher emissions than if you just stuck with natural gas.”

That’s where “green hydrogen” comes in.

Using renewable electricity, it’s possible to extract hydrogen from water through a process known as electrolysis. (There are also less clean methods that use fossil fuels but capture carbon emissions to create what’s known as “blue hydrogen.”)

Essentially a form of energy storage, green hydrogen is an ideal fuel for certain applications, such as long-distance transportation, where electricity is impractical.

But McNamara cautions that making hydrogen, even with renewable energy, is inefficient.

“We want to make sure we use it as judiciously as possible,” she said.

Midwestern utilities are already beginning to experiment with the fuel.

With a $13.8 million Department of Energy grant, Minneapolis-based Xcel Energy is working with Idaho National Laboratory to use electricity and steam from the company’s Prairie Island nuclear plant to extract hydrogen from water.

And earlier this year WEC Energy Group announced plans to mix hydrogen with natural gas at one of its generators in Michigan’s Upper Peninsula. The plant would be one of several across the country to burn hydrogen, according to the U.S. Energy Information Administration.

WEC has not specified the source of hydrogen or whether it would be “green,” but said the plan is to run the 55-megawatt plant on up to 25% hydrogen as part of a test run in cooperation with the Electric Power Research Institute.

“Hydrogen of course could be a key player, a key part of the solution in the decades ahead,” said WEC chairman Gale Klappa. “We’re optimistic this pilot project … will demonstrate hydrogen with that particular technology … will be a major player in the clean energy economy.”

Art of the Everyday: A recap of August in photos from Wisconsin State Journal photographers

Get local news delivered to your inbox!

2022-09-19
Previous Post: These tech companies are accelerating permanent carbon removal to save the planet
Next Post: Incorporating Incoterms in Molding Contracts to Reduce Risk