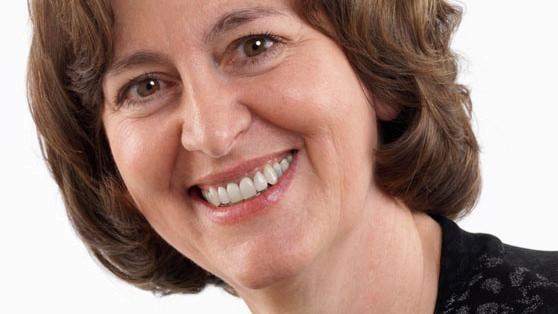 UNIVERSITY PARK, Pa. — Nancy Tuana, DuPont, class of 1949, professor of philosophy and women’s, gender, and sexuality studies in Penn State’s College of the Liberal Arts, has been recognized once again for her longtime commitment to ethically responsible environmentalism.

The Davion Award honors scholars engaged in intersectional work “that describes, considers, or responds to overlapping forms of exclusion, discrimination, or injustice — such as the interplay of race, class, and gender in environmental injustice, or the relationship between colonialism and climate inequities,” according to the ISEE. It also recognizes research, teaching and service that “extend the scope of environmental ethics to incorporate perspectives and methods that have been historically marginalized or excluded from environmental philosophy as a discipline.”

With those principles in mind, the ISEE notes Tuana “clearly exemplifies the qualities the Davion award seeks to recognize. She has decades of experience engaging key questions at the intersection of environmental and social justice, collaborating across disciplines, and stretching disciplinary boundaries to include perspectives previously excluded or marginalized.”

Tuana said it was “truly an honor” to receive the award.

“It’s not only wonderful to be recognized, but because it’s an international award it gets my work out to the broader public,” said Tuana, who virtually attended the ISEE’s annual conference, which was held this summer in Finland.

A trained “philosopher of science,” Tuana has focused much of her research on ethical concerns in climate science and climate policy, with a particular emphasis on highlighting critical issues of gender, racial and socio-economic justice.

Over the years, she has worked as an embedded philosopher with teams of scientists to develop community-based climate adaptation strategies through a variety of multi-year grants funded by the National Science Foundation (NSF). Those projects have included efforts to integrate the knowledge of indigenous populations into sustainable forest management projects, and working with a team in post-Hurricane Katrina New Orleans to focus scientific research on issues of justice and call attention to the values people use to understand and assess climate risk factors such as hurricane impacts. The latter project was highlighted in the award-winning WPSU film, “Managing Risk in a Changing Climate.”

Currently, she’s collaborating with scientists on an NSF project targeting communities in New York, New Jersey and the Philadelphia area that are adapting to rising sea levels.

“All these communities are now dealing with increased flooding issues. As an embedded philosopher, my role is to work to identify what people value, the issues that keep them up at night, and then collaborate with the scientists to produce knowledge that will help community members make decisions that matter to them, like, for instance, deciding whether it would be better to leave an area versus elevating the house you have,” Tuana said. “The feeling that you’re making a difference is important for me. But I also enjoy the challenge, because this work isn’t easy to do. And it’s wonderful to be able to work collaboratively. It’s very unusual for philosophers to work in teams, so I love that challenge and the opportunity to learn from and with my colleagues.”

Tuana arrived at Penn State 21 years ago as the founding director of the Rock Ethics Institute. Under her direction, the Institute became an international leader in developing innovative interdisciplinary and policy-relevant ethical research on topics such as climate change.

“Coming here and starting the Rock Ethics Institute, I knew I was in for a once-in-a-lifetime opportunity. And it was just a delight. I got to meet some really amazing people, including Doug and Julie Rock,” Tuana said. “We built the Rock by identifying areas of research strength at Penn State, and given our distinctive expertise in climate research, it made sense to build an initiative around climate justice and injustice.”

Tuana’s own research examines the relationship between systemic racism and climate injustice. In fact, it’s the central focus of her forthcoming book, “Racial Climates, Ecological Indifference: An Ecointersectional Approach,” which is being published by Oxford University Press.

In the book, Tuana looks at how racial injustice and environmental degradation often intersect. Examples can be found everywhere, from the predatory labor practices in the rain forests of Brazil to the minority neighborhoods of America’s biggest cities, where the summer heat indexes are dangerously high due to a lack of green space.

Tuana argues that any effort to protect the environment must also be a fight against systemic racism and other forms of inequity.

“I grew up at a time when people were looking at injustices and felt we could make a difference. I carry that with me today,” Tuana said. “I believe in doing philosophy in ways that make a difference in the world. And when you’re able to work with the teams I’ve worked with, you’re literally able to help make a difference. You can help populations understand what’s at stake in terms of how they’re going to live. The least well off often don’t have the resources to adapt, so we’re trying to bring those issues to bear.”

“It can be discouraging because we often appear to be backsliding. But I think it’s important not to get fatalistic, because a lot of people are starting to deal with environmental issues now,” she continued. “People are more prepared for it. So, we’re learning how to adapt, but we also need to make wise decisions that will slow down the impact of climate change. We can still make a positive difference.”