New ‘living’ wood could be an environmental superhero | MSUToday

Michigan State University and Purdue University are teaming up to create a new building material that sounds like something out of a comic book. It’ll be stronger than steel and have the power to heal itself while pulling greenhouse gases out of the atmosphere. 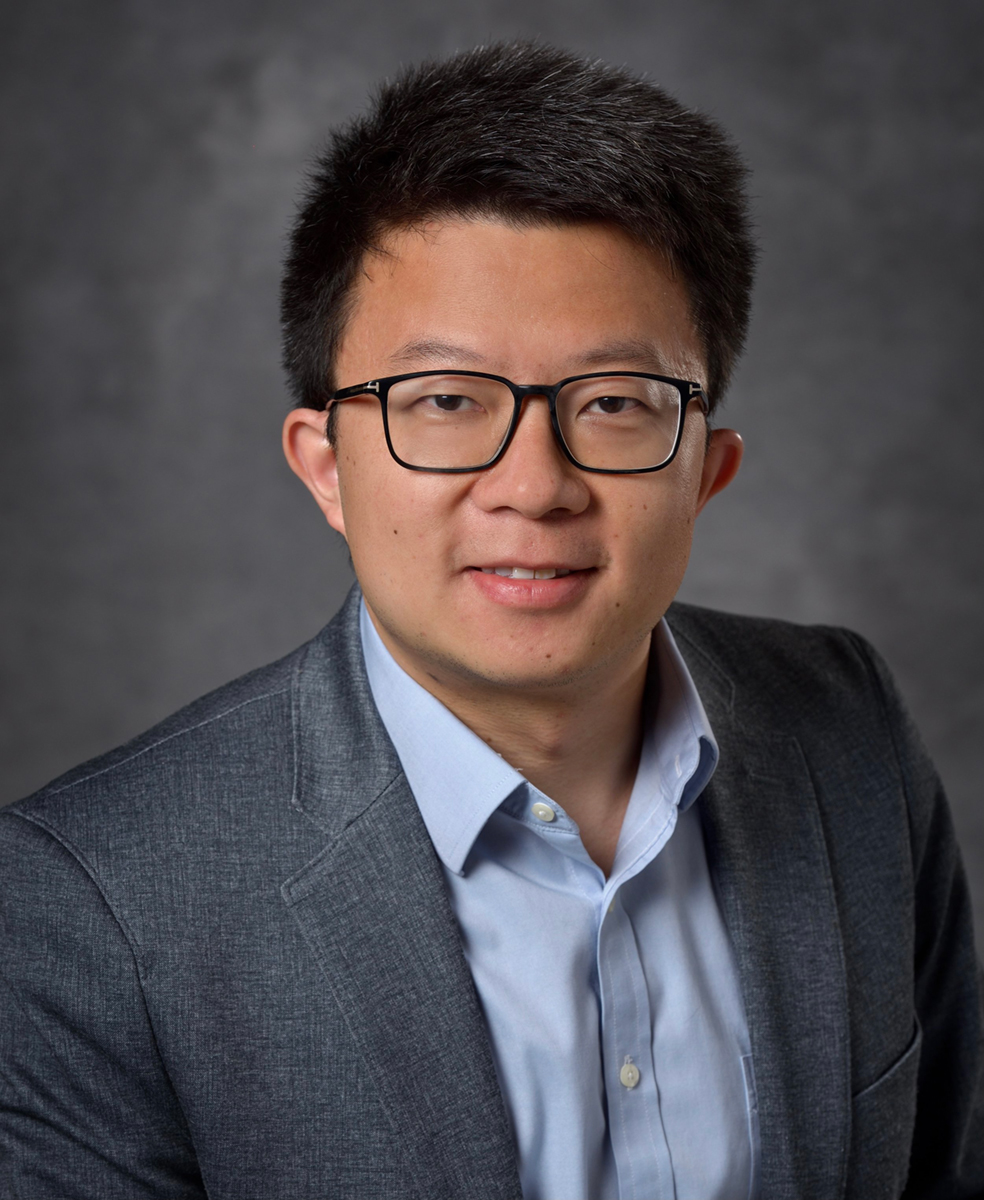 As fantastic — or amazing or uncanny — as that might sound, this new material won’t rely on alien technology or supernatural forces. It will, instead, leverage the very natural forces of microbes and timber.

The U.S. Department of Energy’s Advanced Research Projects Agency-Energy, or ARPA-E, has awarded the research team nearly $1 million to develop “living” wood, a first-of-its-kind concept using the natural activity of microbes implanted in wood. The grant is one of 18 awarded to institutions around the country as part of the competitive Harnessing Emissions into Structures Taking Inputs from the Atmosphere, or HESTIA, program.

“We know that, naturally, wood decomposes from microbial activity,” said Jinxing Li, an assistant professor in the College of Engineering and the Institute for Quantitative Health Science and Engineering, or IQ. Li is MSU’s lead investigator on the project.

“But on the other end, there are microbes that can make strong biomaterials,” he said. “So we started asking if we can engineer certain microbes into the wood that will make it stronger instead of degrading it.”

“We are harnessing the microbial properties that are already there in nature,” said Tian Li, an assistant professor of mechanical engineering at Purdue University and the project’s principal investigator.

Wood is a naturally porous material, and its pores often store things that don’t benefit timber as a building material. For instance, the pores can store air, which promotes flammability, or moisture, which can accelerate degradation. 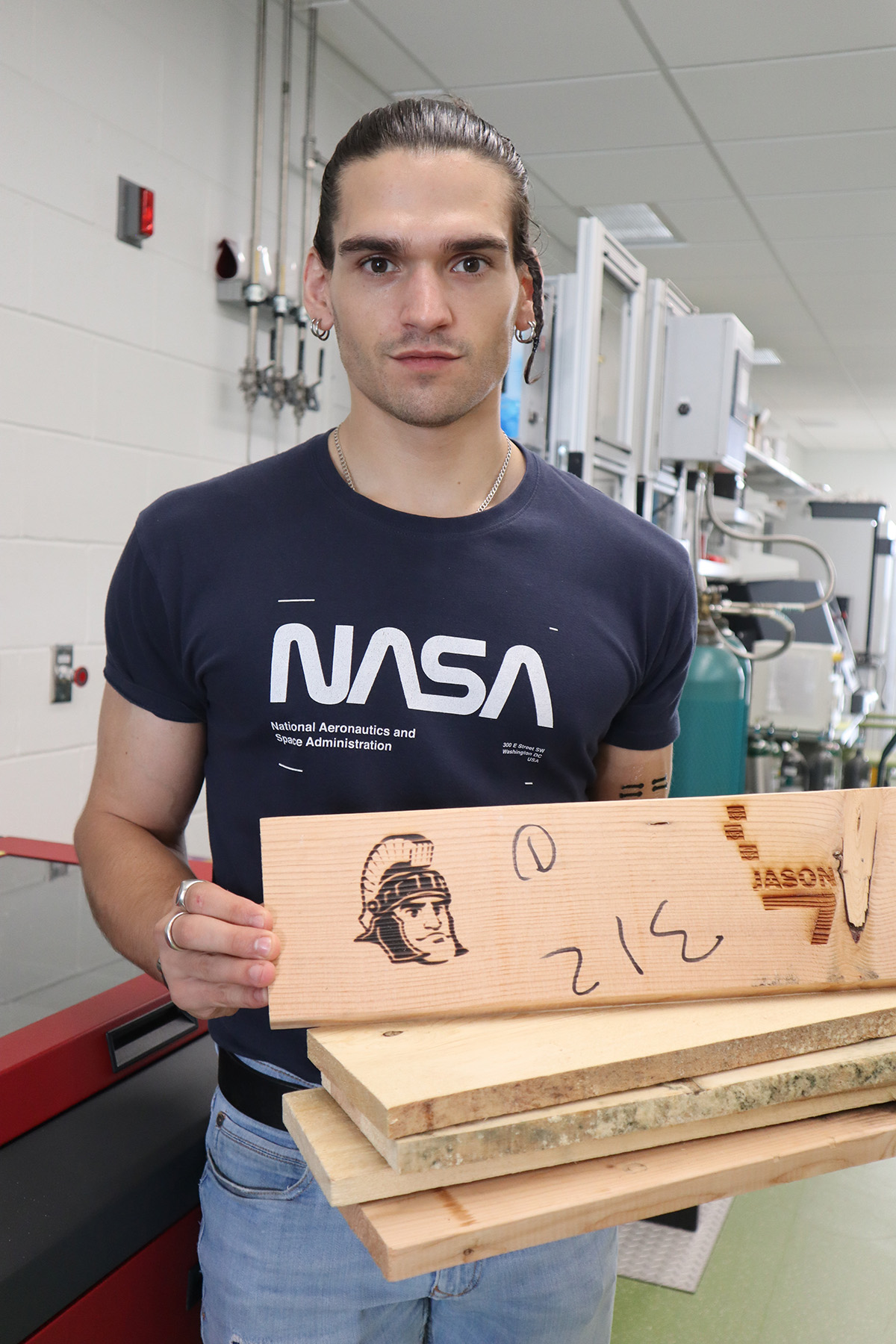 Vittorio Mottini, a biomedical engineering doctoral student in Jinxing Li’s lab at MSU, holds a stack of samples the team is using in their new “living wood” project. The team laser etched an image of Sparty, MSU’s mascot, in the top plank. Credit: Jinxing Li

The team’s goal is to introduce microbes into the wood’s porous network, let them gobble up carbon dioxide from the environment and convert that into tough biomaterials that will plug the pores.

“By filling up this empty volume in wood, you’re going to have improved mechanical strength and flame resistance,” Tian Li said.

In addition to filling pores, the microbe-made materials could also help repair damage sustained by the wood over its lifetime.

This project and others in the HESTIA program are helping the U.S. reach its zero emissions goal by 2050. Addressing climate change is also a key initiative of the MSU 2030 strategic plan.

This new MSU and Purdue collaboration took root a couple of years ago, when Jinxing Li and Tian Li were both on the job market and crossing paths during interviews. They would bounce ideas off each other, and that practice continued after they secured their faculty positions. Building on earlier, unfunded ideas and connecting with new colleagues at their new universities, the researchers developed this successful ARPA-E proposal.

‘Teamwork at its best’ 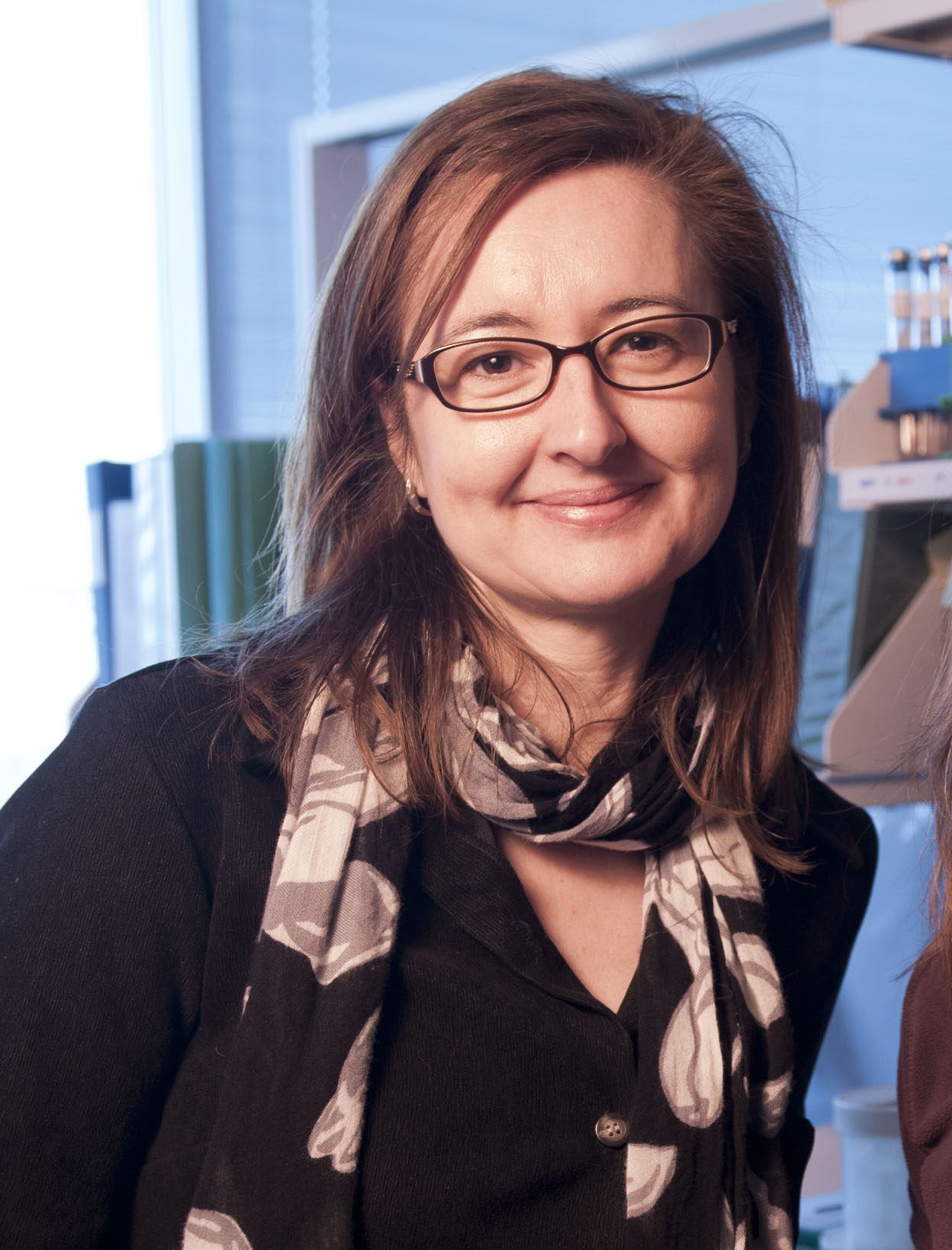 “Gemma and Greg are the top brains in microbiology. Gemma focuses on screening and designing the best bacteria for carbon capture and wood enhancement, while Greg focuses on using the fungal network to guide the biological modification of the wood. Bige is an expert in using computer models to guide our design,” Jinxing Li said. “Then at Purdue, we have experts in wood, building and life-cycle assessment.” 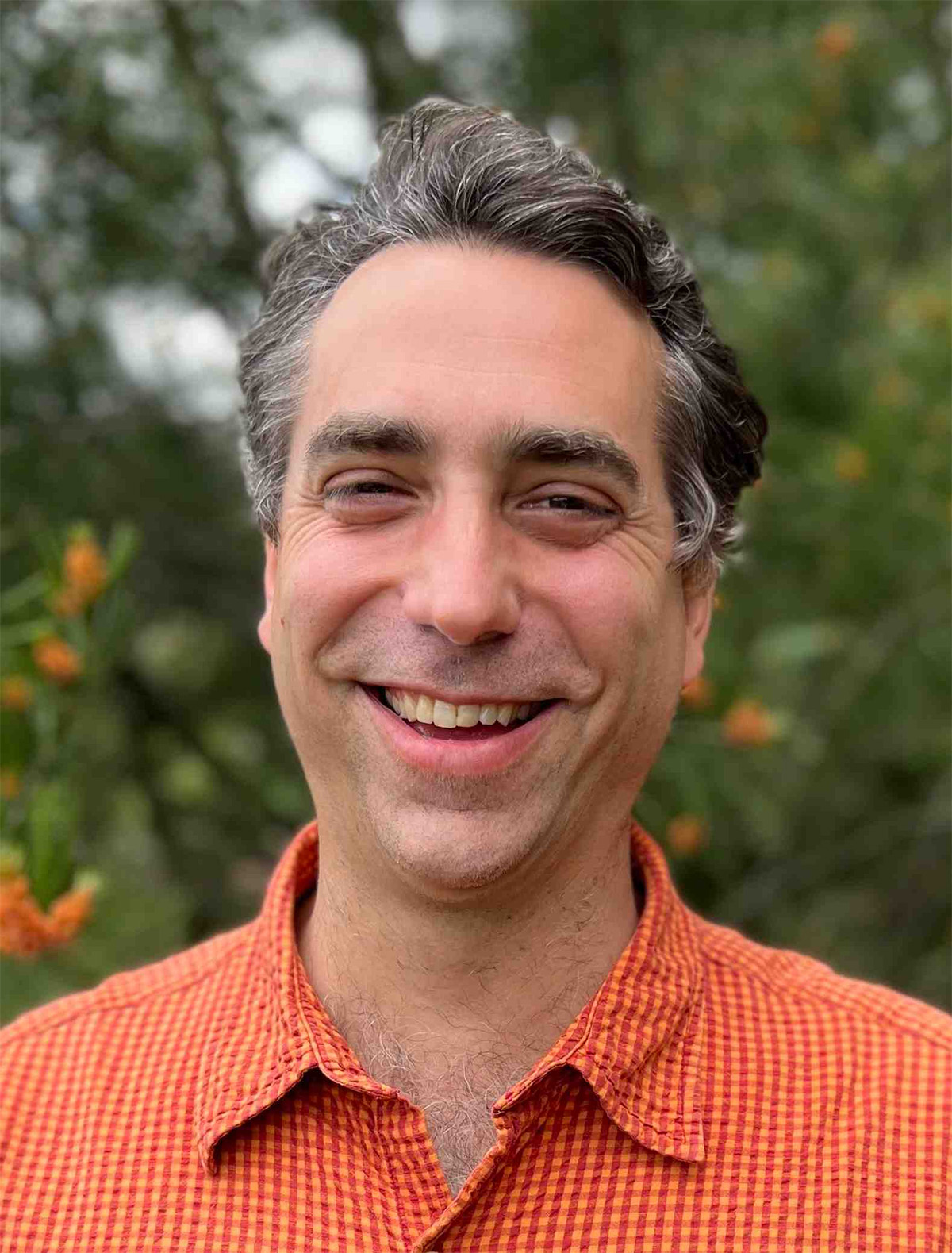 For his part, Jinxing Li will be developing “bio inks” containing microbes that will be infused into timber.

“My goal is to engineer a liquid or ink that has the best chemical and physical properties to penetrate the wood’s pores as deeply as we can,” he said. “We can also tune the nutrients in the ink and use synthetic biology to improve the output of the microbes.”

“The project is a perfect blend of biology and engineering disciplines to make something totally new and transformative,” said Reguera, who recently joined the College of Natural Science’s leadership team as an associate dean. “I am delighted to work with great colleagues at MSU and Purdue. We were all so excited to join forces — this is teamwork at its best.” 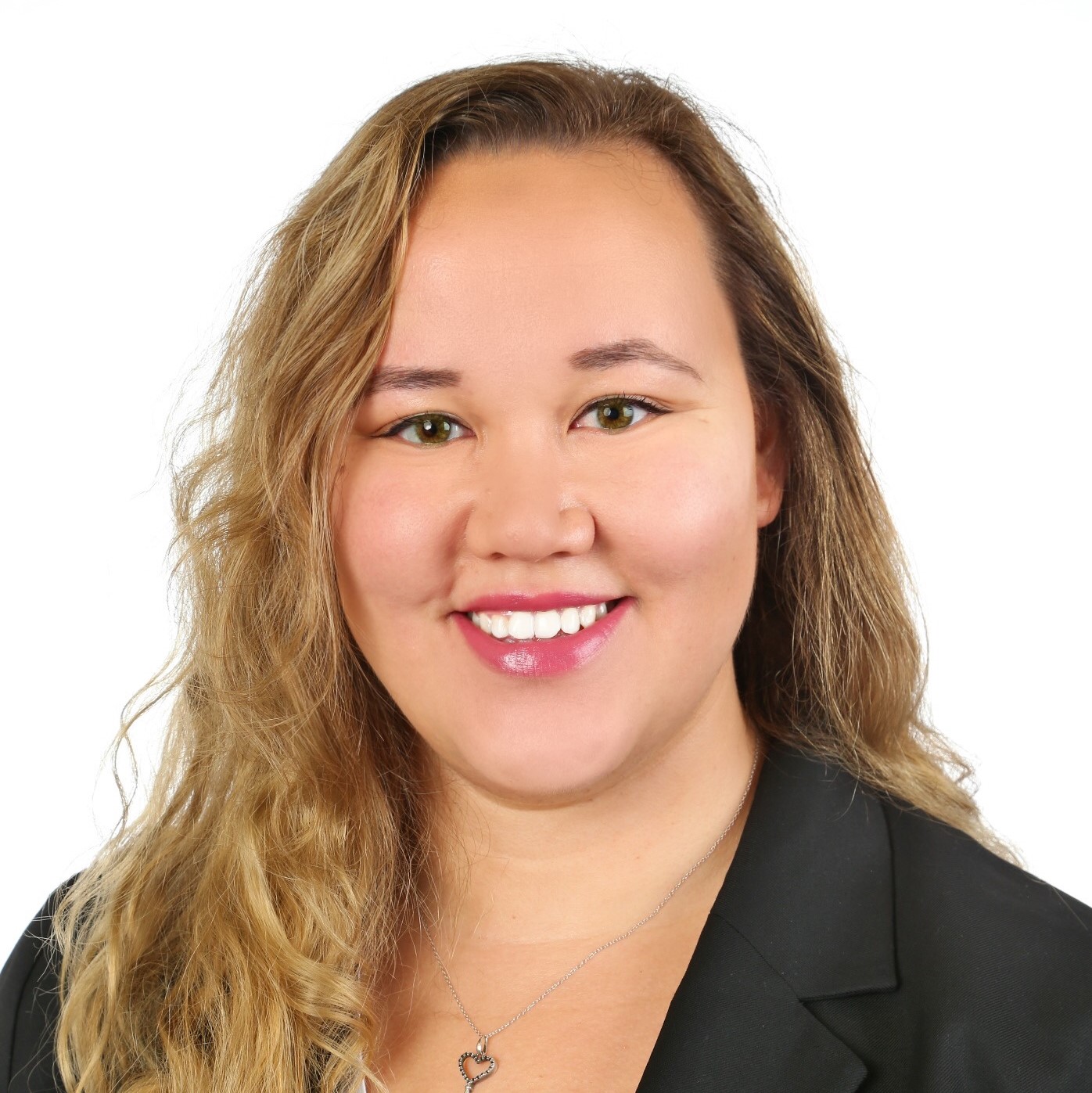 Both Reguera and Li acknowledged the idea of a “living” wood outperforming other established building materials may sound wild or farfetched. But it’s important to remember the team is trying to coordinate and optimize things nature already does in a way that better serves humanity’s needs.

Microbes already capture carbon dioxide and synthesize sturdy materials. There are even reports of them doing this naturally in some trees.

“The microbial activities generate biomaterials that harden the wood and protect the tree from mechanical stress,” Reguera said. 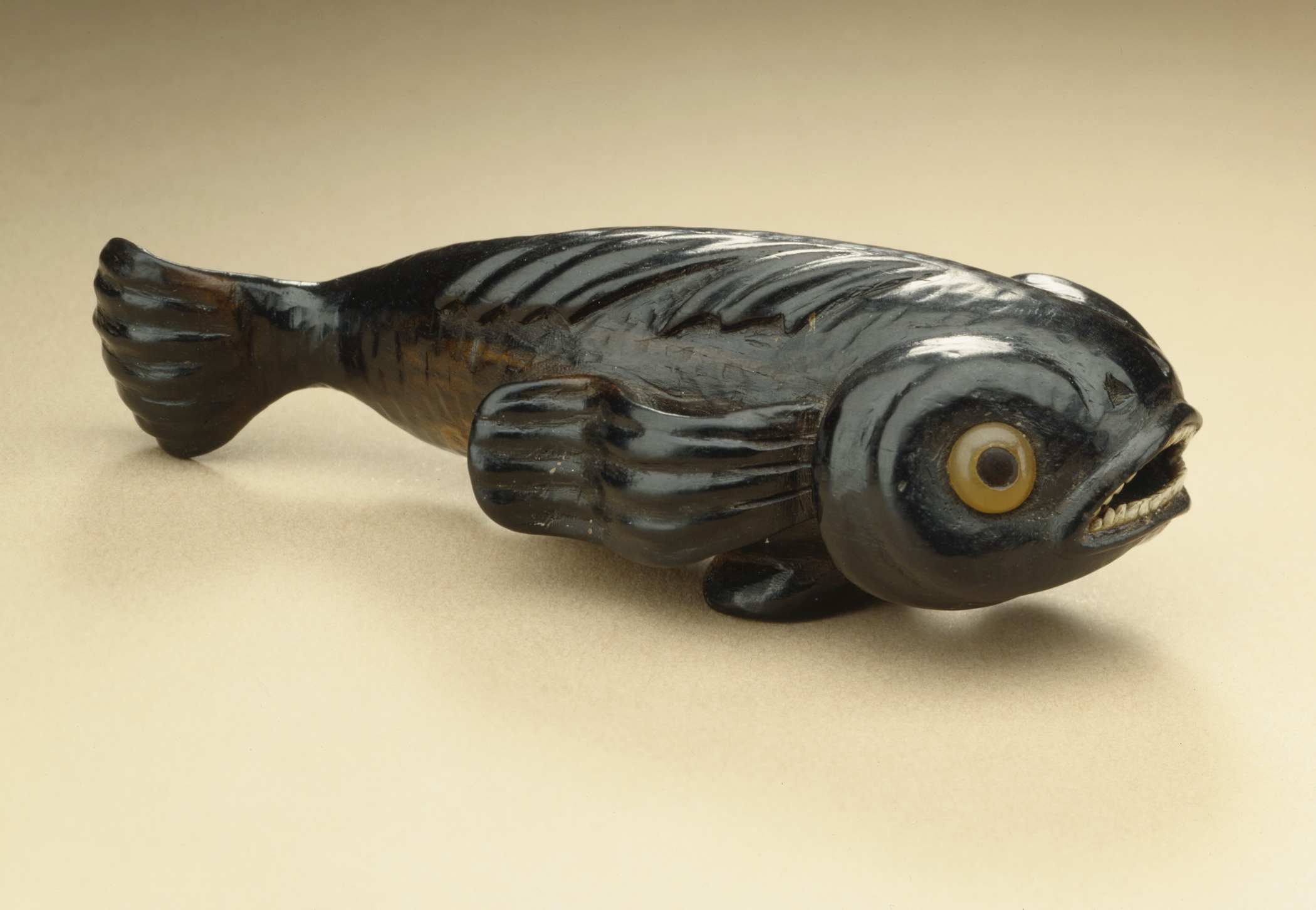 This fish carving, made in Japan in the 19th century, is crafted from black persimmon wood that’s gained strength and a dark coloration from microbes living within the wood pores. Credit: Los Angeles County Museum of Art

“They also turn the wood into a very elegant dark color because of the minerals inside. The wood is actually used in furniture and art, particularly in Japan and China,” Jinxing Li said. “We were excited to discover such a phenomenon does exist in nature, thus boosting our confidence of success.”

Other members of the Purdue team are Fu Zhao, an associate professor in the School of Mechanical Engineering, and Eva Haviarova, a professor in the Department of Forestry and Natural Resources.

“Coming together as a team has been a joy,” said Reguera. “We are truly excited about the proposition and the possibilities to advance knowledge in such an innovative way.”