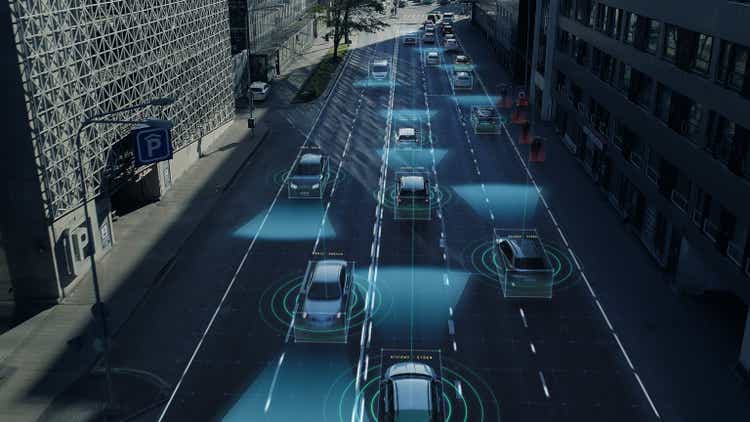 Foresight is an R&D company at its core, and like most early-stage R&D companies, it has a cash-burning business with minimal revenues. In the past, Foresight relied on external funding to support research activities and continue its operations. However, current macroeconomic turbulence makes financing very hard for pre-revenue technology companies. Lack of revenues and the unfavorable climate for external funding may spell liquidity troubles in the mid-term for the EV startup.

In addition, as the compliance period is coming to an end, the company faces a delisting threat due to non-compliance with NASDAQ’s minimum bid requirement.

Foresight’s stock has been suffering since the end of the EV rally in 2021. In the past, news of a partnership was sufficient to propel the stock price, but that is no longer the case. Although Foresight announced various partnership agreements and PoCs in the past, none turned into a lucrative deal for the company. Thus, the market isn’t appearing to value new opportunities. On the other hand, the unfavorable macro environment around cash-burning EV companies has not been helpful to the stock.

It has been over half a decade since Foresight started announcing commercial agreements and partnerships with different parties, yet failed to create significant revenues from these business endeavors. Foresight’s revenue in the first half of 2022 stands at $248K, from a one-time sale through a paid PoC to Elbit Systems.

Nevertheless, none of these are news, the company already has announced that recurring revenues won’t be significant until 2024, and they were planning on raising the required capital via equity and debt financing. However, the current market dynamics and the plummeting stock makes both options hard to obtain.

Foresight is in an unfavorable position in terms of its financing possibilities. In general, cash is scarce for technology companies lacking revenues. Foresight’s market cap is $33M, way below its IPO. Thus, public financing options are limited. They have already listed one of their subsidiary, Rail Vision. Last year they announced their intentions for the IPO of their fully-owned subsidiary Eye-Net Mobile, but I don’t think that is a viable option in the current market dynamics. Overall, even if Foresight can find the cash to boost its runway, it will most likely be costly for the company.

As of the end of June 2022, they held $35.6 million in cash and cash equivalents. Looking at the financials in the past, we can calculate a quarterly burn rate of around $5 million. Assuming the earlier burn rate has continued in the last quarter, the current cash reserve stands at less than $30 million. If the current burn rate continues, Foresight has around 5-6 quarters of a runway with its existing cash reserves. Even though this period may seem like a long time, considering the harsh fundraising environment due to the economic downturn; and the company’s previous losses, it is unlikely that Foresight will have an easy time fundraising.

Eye-Net Mobile is a subsidiary of Foresight, focusing on collision prevention by connecting all the players in the traffic via smartphones. Recently, Eye-Net Mobile announced a partnership with Pango, an Israeli parking app with over 3 million users. According to the agreement, Eye-Net will integrate into Pango’s app via an SDK. Theoretically, it would grant Eye-Net Mobile direct access to over 3 million Pango users. Still, Pango users will need to undergo an onboarding process and enable the feature to use Eye-Net’s services. Eye-Net offers a freemium model and aims to create a revenue stream via paying users. As a part of the partnership, Pango will receive 50% of third-party revenues gained by Eye-Net for services provided in Israel. Also, they granted a call option to Pango for %2.22 of the outstanding shares of Eye-Net Mobile with a $40 million valuation. This valuation is higher than the total market cap of the stock with the current market value.

Although the idea of integrated collision prevention software is intriguing, without a fully automated traffic system, it is tough to create value for the customers. I do not think the current version can be beneficial in a real-life scenario due to its limitations and potential dangers. In the end, sending alerts via notifications is a dangerous concept. Therefore I don’t believe this partnership holds a significant opportunity to create revenues.

My opinion on Foresight’s investor materials is that they don’t come across as professional. I might sound harsh and criticizing, but I urge you to check out the latest investor presentation, and you will realize I am being generous. I doubt that investors can feel assured looking at these corporate presentations.

You can see the usage of low-resolution stock images throughout the presentation, and numerous slides have various incomplete sentences. In particular, the finance slide has two sentences accompanied by a poor-resolution stock image. Last but not least, their market sizing slide is just a massive infinity symbol.

On the other hand, investors wouldn’t be able to find their 2021 Q4 results on their IR website, as they have uploaded Q3 results to where the Q4 hyperlink should be. Although I don’t think these errors and poorly made materials would easily be identified by many investors and affect the stock price materially, I believe poor investor materials bode poorly for the company’s overall management.

Despite the long time that passed and the $110 M invested in the company, Foresight is still a pre-revenue technology startup. I believe the lack of revenues and diminishing cash reserves creates concerns in the current harsh financing environment. Moreover, it is alarming that the management does not give any guidance regarding the plan to handle the delisting threat. Last but not least, the amateurism of the investor relations department would bother me as a shareholder as it would lead me to question the rest of the work.

In conclusion, I do not see a convincing reason to bet on Foresight turning things around in the next five quarters, as it failed to create a revenue stream in the last five years. Still, I wouldn’t recommend shorting the stock as the total market cap is less than $33M, and it bears high risks due to volatility.

2022-11-16
Previous Post: How media disruption is threatening public information ecosystem » Capital News
Next Post: What analyzing National Sword can teach us about optimizing US plastics recycling