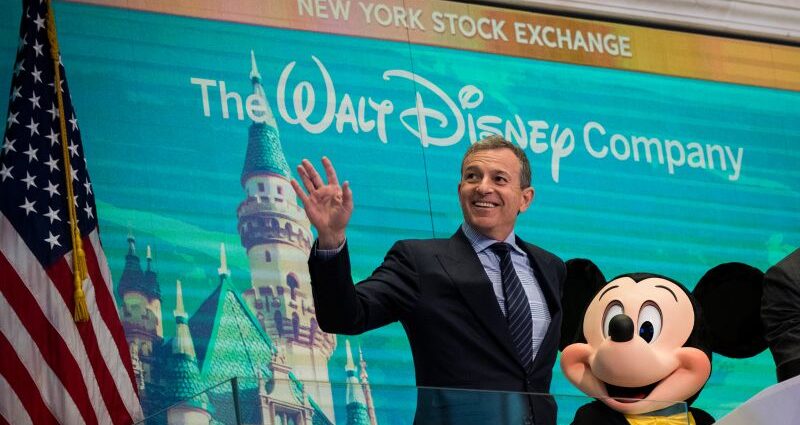 Bob Iger is returning to Disney as CEO, retaking the reins of a company that’s very different from the one he led when he stepped down as chief executive in February 2020.

With $1.5 billion in streaming losses last quarter alone, park fans unhappy, sinking cable networks like ESPN dealing with cord cutting, and a moribund stock price, Iger has his work cut out for him.

Disney’s problems are vast, and fixing them all may not be possible, particularly in the two years that Iger said he’d dedicate to the company in his return to the C-suite.

But If anyone can bring back the magic to the Walt Disney Company, the company believes Bob Iger may be uniquely qualified to do it.

The first priority: the streaming business.

Disney’s streaming service — which includes ESPN+, Hulu and most importantly, Disney+ — had been the most vital part of the company’s vast media kingdom. It served as a life raft for Disney in the early days of the pandemic — one of the most tumultuous periods in the company’s history — and grew to 100 million subscribers in just 16 months. Now, that business has become an anchor that’s weighing it down.

The company reported earlier this month that Disney+ exceeded Wall Street’s expectations for subscriber growth. But that came at a great cost for the company: Disney said its streaming business lost $1.5 billion in the quarter, news that sent Disney’s stock tumbling.

The days of “growing streaming at any cost” are over for Wall Street, and now Iger and the rest of Disney’s leadership have to prove to investors that its streaming business can achieve profitability while also continuing to grow.

This more than anything else is what will move the needle on Disney’s stock, which is down roughly 40% for the year.

“He needs to refocus streaming, as well as other parts of the company, back to the core Disney consumer,” Trip Miller, a Disney investor and managing partner at hedge fund Gullane Capital Partners, told CNN Business. “This consumer is family-friendly, global and multi-generational. That’s the beauty of Disney, right? It’s not just kids, it’s not just adults. When it’s working, it can be everybody.”

That refocusing effort is easier said than done, especially considering that other parts of the company are not as solid as they used to be.

Disney’s media networks are struggling as cord cutting accelerates and once lucrative outlets like ESPN lose viewership. That has hurt Disney’s entire business.

This was a major point of contention for Dan Loeb, the activist investor and Third Point CEO who made headlines in August when he suggested “a strong case can be made that the ESPN business should be spun off to shareholders with an appropriate debt load.”

Loeb eventually had a change of heart, but the point was made: streaming is the new frontier for Disney, and Iger needs to prove that it can make money while Disney’s legacy networks continue to shrink.

That fall shows how much streaming and the pandemic severely disrupted the movie industry. Although recovering, box office sales continue to underperform the year before the pandemic.

Now, Disney is trying to figure how big releases from signature brands like Pixar, Marvel and Lucasfilm fit in a new theatrical ecosystem.

Iger also has to correct the symbolic miscues that his successor — and now predecessor — Bob Chapek made during his run.

Chapek did a good job overseeing the parks unit during a pandemic. But once the Covid restrictions were lifted, the company raised prices and launched new initiatives, such as the pricy Genie+ system, that sparked the ire of Disney’s deeply loyal guests, many of whom felt they were being price gouged.

The CEO found himself dealing with a pay dispute involving Scarlett Johansson, one of the studio’s biggest stars, that spilled into public view. Then there was Disney’s battles with Florida politicians, and its own employees, regarding the state’s controversial law restricting the discussion of certain LGBTQ+ topics in classrooms.

That, in particular, was a flashpoint of Chapek’s stint at Disney. In March, he was forced to apologize for his silence on the bill after initially declining to publicly comment on it.

Ultimately, Disney’s board moved on from those PR bumps and Chapek’s contract was renewed in July until 2025. Yet, the damage was arguably done to Disney’s brand.

Disney’s brand image is vital to its success, portraying an aura of a magical, family-friendly cultural institution.

In the end, the Disney board decided to bring Iger back because of his long track record of success that has earned him an almost mythical status as the only person who can lead the company. In its statement reintroducing Iger as CEO, Disney said he was “uniquely situated to lead the company through this pivotal period.”

Iger was instrumental in forming the modern Disney. He oversaw the acquisition of major Disney brands, including Pixar, Marvel and Lucasfilm, and he closed the $71 billion deal to buy most of 21st Century Fox. He also kicked off the streaming revolution at the company with the creation of Disney+ in November 2019.

Hollywood insiders viewed Iger’s previous CEO tenure as one of the greatest in Hollywood history.

“Psychologically, him just being back is a boost to investors and the team at Disney,” Miller said. “With Iger they know what to expect, which is a focus on excellence and a love for the brand. I doubt he’s coming back for money at this point. He’s coming back for legacy and the company itself.”

Over the years, Iger’s “decision-making and strategic positioning — which ignored the Street’s often incorrect short-term focus — would ultimately separate Disney from the media pack,” said Michael Nathanson, a media analyst at MoffettNathanson, in a note to investors Monday.

Nathanson added that Iger’s “communications skills and his ability to stay focused and honestly optimistic in the face of structural challenges provided a constant ballast in the roughest of media waters.”

“We believe investors will value the transparency and return Disney some of its long-lost magic with a stronger narrative driving the stock higher again,” he wrote.

But Iger’s past successes will not guarantee Disney’s future recovery. Hollywood is rapidly evolving, and Disney’s problems are being felt industry-wide. With the media industry in turmoil, Disney hope Iger is up to the tall task of righting its ship.

2022-11-21
Previous Post: Single Plastics Will Be Banned: Now What?
Next Post: The Environmental Defense Center Works to Protect and Enhance the Local Environment | Good for Santa Barbara