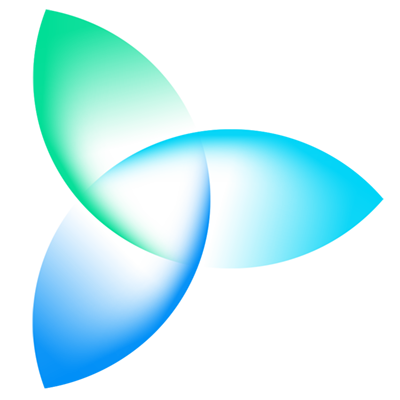 “It’s our target that by 2025 we will have over
1m tonnes/year of projects that are finding
themselves in build or that have been
commissioned, either by us or through our
licensing partner KBR. And then obviously we
have much, much more aggressive targets by
2030,” said Oliver Borek, chief commercial
officer of Mura Technology, in an interview
with ICIS.

PROJECTS WITH DOW
In
September, Dow and Mura
Technology announced
that Mura would build the largest chemically
recycled plastics project in Europe at Dow’s
site in Boehlen, Germany, at 120,000
tonnes/year of capacity. A final investment
decision is targeted by the end of 2023 and the
plant could start up by 2025.

Dow and Mura plan to construct multiple 120,000
tonne/year projects in the US and Europe,
adding as much as 600,000 tonnes/year of
capacity.

Most plastic recycling companies disclose
capacities as input capacity – as in the volume
of waste plastics that can be processed.

“The reason we don’t follow the market
convention on this is that the feedstock can be
very variable – it will include non-target
materials, etc. So using input as a
nomenclature is something we’ve avoided just
for that reason, because you know feedstock is
not feedstock is not feedstock,” said Borek.

TECHNOLOGY USING SUPERCRITICAL
WATER
Mura’s technology – called
HydroPRS (Hydrothermal Plastic
Recycling Solution) uses supercritical water to
break down polymer bonds. At a certain level of
heat and pressure, the water starts to have
properties of both a gas (steam) and a liquid.

The targeted input plastic waste feedstock is
polyethylene (PE) and polypropylene (PP) with a
minimum limit of 85% and a maximum total
impurities limit of 15%, according to exclusive
engineering and construction partner KBR.

“We essentially boil the plastic at very high
temperatures and pressures, and the oil that
comes out of our system tends to be better
quality because we don’t produce char. We have
a very high conversion rate and some of the
impurities that exist in the waste plastics
streams come out with the water, so they don’t
find their way into the oil,” said Borek.

The water acts as a buffer between the
short-chain molecules becoming highly reactive
with one another after they are cleaved from
the long chains (polymer bonds), thus avoiding
char byproduct. The water also donates
hydrogen, adding to stability of the molecules,
he explained.

“And that gives us a very high yield. We don’t
have a lot of other reactions going on in our
process. Also very important is that this
happens on a continuous basis – it’s not a
batch process. It’s continuous for about 30
minutes,” said Borek.

All inorganic substances are dissolved in the
water and only organic material finds its way
into the oils. While there are still some
impurities in the oil, the concentration is
much less versus typical pyrolysis processes,
he noted.

After passing through a flash distillation
column, the oil comes out in a distribution of
fractions – from naphtha to distillate gas oil,
heavy gas oil and heavy residual oil – and Mura
can skew the distribution to some extent.

The heavier cuts could be used for waxes and
lubricants, and heavy wax residue could be used
as a bitumen binder in asphalt, he noted.

Some gas will also be produced – in the C1 to
C4 range – which can also be used as cracker
feedstock or as fuel to, for example, power
boilers.

Mura is better able to scale its technology to
different capacities as it uses water as a heat
transfer agent, the executive pointed out.

“Think of it like cooking your spaghetti. It
doesn’t matter whether you have a small pot or
a large pot – you can still get it al dente,”
said Borek.

In the process, the plastic comes into the
supercritical water and is surrounded evenly on
all sides, he noted.

“So very similar to spaghetti, the water goes
all around and that’s why the noodles cook so
well. They’re all even,” said Borek.

“That will be a very strong selling point since
it will highlight to an extent that we are best
in class. We hope this in conjunction with our
business model to build scale and be able to
work with many partners simultaneously, will be
a way for us to materially address these
concerns of finding enough recycled content,”
said Borek.

“It cannot be understated that this [lower
carbon footprint] will be a prerequisite for
any company in our space. To achieve long-term
success, if we don’t improve on fossil
production and show we are better than average
relative to our peer group, I don’t see how
that’s going to work,” he added.

Mura also has a 120,000 tonne/year project
planned in Seattle, Washington, US, called Mura
Cascade ELP (End-of-Life Plastic) with start-up
expected in late 2024 and offtake by an unnamed
petrochemical company.

The Mura project in Seattle will make use of
hydroelectric power while the project at Dow’s
Germany site will use renewable energy,
“turbocharging” the resulting products’ green
credentials, he noted.

UNDERSTANDING SUSTAINABILITY
DRIVERS
There has been a sea
change over the past couple of years on
sustainability and how investors, analysts and
brand owners are viewing sustainability, he
noted.

“Everyone’s talking about carbon footprints
[and circularity] and that has really infected
the whole value chain, and things have gotten
moving very strongly over the last year,” said
Borek, who pointed out that Mura has had
conversations with brand owners and converters
but mainly with petrochemical producers with
plastic resins production downstream.

“What we do in terms of health and safety and a
lot of things make us very similar to a
refiner. And so we view ourselves through that
lens. We provide feedstock that a refinery
would – a naphtha replacement,” said Borek.

“We interface very well with [the
petrochemical] market, but at the end of the
day, what’s driving this is not only them but
their customers. We have to be very aware of,
and very engaging with that base, which is
unusual because you’re talking to the customer
of your customer. But that’s really important
because they are driving the market and you
want to be very finely attuned to how this
market will wind up looking,” he added.

NEXT PROJECTS
Coming up
before the big project with Dow in Boehlen,
Germany, and the Cascade ELP project in
Seattle, Washington, US, will be Mura’s first
commercial-scale plant in Wilton, Teesside, UK,
scheduled for start-up in H1 2023, which could
spur more interest in yet more projects.

“Once the Wilton plant comes online next year,
that will provide a boost because people will
have something to see and touch, and that is
usually a catalyst for more interest,” said
Borek.

The next projects with Dow would be concurrent
rather than come after the first plant in
Boehlen, Germany, is finished in 2025, he
noted.

“Consecutive would take too long in the market,
and we can take the learnings from one as long
as we have enough of a head start, for the
other. Once we get the first one going, the
others will become simpler,” said Borek.

FINANCING OPTIONS
The
financing for these projects – in the
triple-digit millions range – would not come
from Mura or Dow’s balance sheet but through
third parties. The financing could be a mix of
equity and debt, he noted.

While the overall financing market is very
challenged today, well-structured and de-risked
projects should be able to move forward, he
said.

“If we look at the financial crisis in 2008, a
lot of markets fell out of bed, but the project
finance market was fairly resilient and there
were deals still being done. Those deals got
done because they were de-risked,” said Borek.

One aspect of a de-risked project is where
there is committed offtake of the production at
a certain price or price range, as well as
committed source of supply at well-defined
costs.

“There’s a lot of capital we’re looking for,
but if we approach the right markets, which we
have done and we structure our deals the right
way and we de-risk our deals, then the chances
are that we will still find money at levels
that make sense and allow us to proceed,” said
Borek.

LICENSING MODEL
Mura and licensing partner KBR have sold
licences representing around 200,000
tonnes/year of capacity, including to South
Korea’s LG Chem, Japan’s Mitsubishi Chemical
along with other unnamed companies.

“KBR has been very instrumental, and they have
a very large resource footprint… We’re slowly
on the road where we contribute to the market
so significantly that you start seeing more of
an equilibrium in the market because currently
buyers outstrip sellers by a large margin,”
said Borek.

Building scale will be critical for buyers to
feel confident that the material will be
available and at a reasonable price, he added.

UPSTREAM AND DOWNSTREAM
INTERFACE
Mura focuses on both
the upstream and downstream interface with the
market.

On the upstream side, “that means when we go
into the feedstock market, we don’t expect it
to produce a product for us. We’ll take a
certain quality we know they can achieve given
their existing equipment. Then on our side, we
perform additional cleaning up and preparing of
that material so that we can put that into our
own process,” said Borek.

“The second interface is on the other side when
we have output we may need to clean up a little
bit, depending on who our off-takers are,” he
added.

A refinery may simply take the output without
further processing while a cracker may require
another step.

“We then have an additional hydrotreating step
that we install in our facility to produce a
cracker feedstock quality output,” said Borek.

“We manage those two interfaces, very aware of
the fact that we don’t allow just anyone in the
market to take care of it because it
fundamentally affects the economics, the
performance and a whole host of other issues in
how we function and fit into the system. And I
think this is a shortcoming that a lot of other
companies have. We know best what our process
requires so we take matters into our own
hands,” he added.

DECOUPLING WITH VIRGIN
POLYMERS
Ultimately, once the
market reaches a certain level of equilibrium
with sufficient volumes of chemically recycled
plastics to meet demand, the recycled plastics
market should decouple with that for virgin
plastics.

“There is an extremely low correlation between
the input of waste plastics [and hydrocarbon
feedstock], and I would expect over the medium
and long term, that the pricing [of recycled
plastics] will be independent of the fossil
market,” said Borek.

Join us at the ICIS
Recycled Polymers Conference in
Atlanta, Georgia, US, 7-8
December 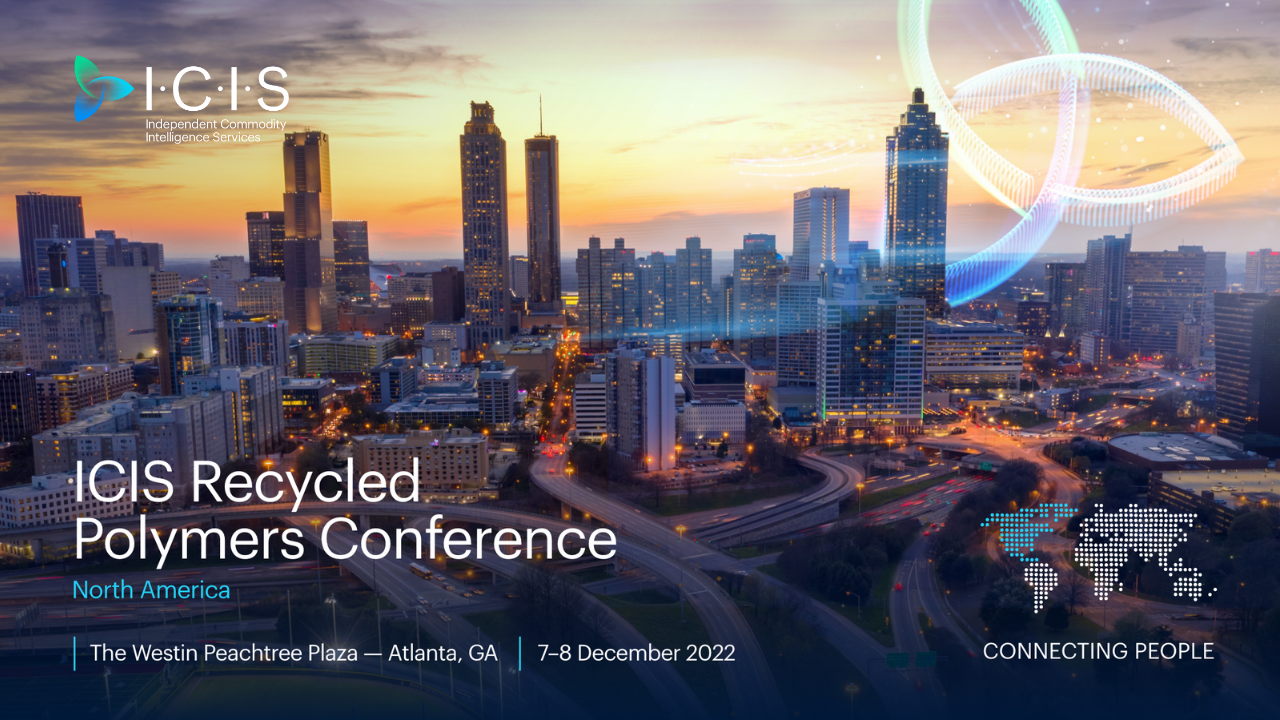 2022-11-21
Previous Post: The Environmental Defense Center Works to Protect and Enhance the Local Environment | Good for Santa Barbara
Next Post: Why medical device companies are investing in Ireland