QYLD: The 15.70% Yield Is More Attractive In A High Yield Environment 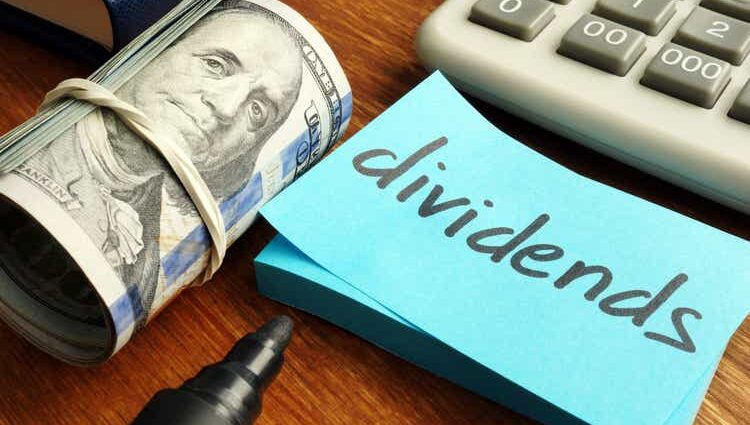 Investors have many options to generate income as living in a yield-starved environment has become obsolete. A wide range of 1-year CDs offers 4% or higher interest rates, while a 1-year Treasury bill offers 4.23%. Investors no longer need to take on risk from equities to generate enticing income streams, as investments without downside risk now generate larger yields than popular equity dividend ETFs, such as the Schwab U.S. Dividend Equity ETF (SCHD) and the Vanguard High Dividend Yield ETF (VYM). If you are not worried about capital appreciation, and income is the main investment objective, where is the incentive to allocate capital to VYM yielding 2.91% while taking on equity risk vs. buying a 1-year T-bill generating 4.23%? There are certainly pros and cons to each investment type, but if this is capital that will not be touched for a year, you could generate $423 from every $10,000 invested in a T-bill rather than $291 from VYM and eliminate external factors that could impact the initial investment in VYM. Today, the yield needs to be much higher for many investors to consider the additional risk, as traditional methods have created an alternative to generating income from equities.

Covered calls are a utility that can be used to generate additional income from an investment. While writing covered calls may not be right for everyone, I have used them to generate income from positions that do not offer a dividend while supplementing the dividends from other positions. The Global X Nasdaq 100 Covered Call ETF (NASDAQ:QYLD) chart isn’t great, but I am still bullish on this ETF as an income vehicle. It’s all about perspective and what the investment objective is. As an income investor, I am less concerned about price fluctuations in the investment vehicle and more focused on the longevity of the distributions paid, and the ability to mitigate downside risk. I had often said that some of my favorite income investments include REITs such as Starwood Property Trust (STWD), as it had traded sideways since I became an investor, and paid roughly 8-9% on a continuous basis that I reinvested and compounded into a much larger position that generates substantially more income than when I had originally started the position. QYLD writes covered calls at the money with a monthly expiration date and distributes the income monthly back to its shareholders.

QYLD is outperforming the Invesco QQQ ETF (QQQ) by roughly 3% YTD and hasn’t missed a distribution since its first payment in January 2014. QYLD has already generated $1.86 per share of distributions in 2022, which is an 11.30% yield based on today’s price, and 2 more distributions are still pending. We are still living through a bear market, and QYLD hasn’t imploded, and the bear case about its mechanics jeopardizing the underlying equity has been disproven. With so many options for respectable amounts of yield, investments such as QYLD have become more enticing as they offer double-digit yields creating an attractive spread from a 1-year CD or T-bill.

Just how much income from distributions has QYLD produced over the years?

Everyone’s perspective is different, but I would consider a time frame that spans almost 9 years an adequate amount of information to create an investment thesis on. QYLD was started in late 2013 and paid its first distribution on 2/6/14. Since its inception, QYLD has paid 106 consecutive monthly distributions. QYLD debuted at $25 per share and has paid $20.94 in monthly distributions since then. This is the equivalent of 83.77% of its initial share price. From 2014 – 2021, QYLD generated an average of $2.39 annually from its distributions, and YTD has paid $1.86. QYLD is an investment that is all about income over a period of time, and while its share price has declined significantly, that’s only part of the story. I went through each year and created a table to show the monthly distribution from each share of QYLD.

Since its inception, QYLD has generated $20.94 in distributions, which is 83.77% of its initial price. Looking at QYLD’s chart is only part of the story as it doesn’t incorporate the distributions paid, and while the chart is ugly, it doesn’t provide the full picture. Currently, shares of QYLD have declined -34.12% since inception, as they are currently trading at $16.47 per share. This is a loss of -$8.53 per share, but after the $20.94 of distributions are factored in, QYLD has generated $12.41 or 49.65% for its total ROI. These numbers are based on taking the monthly distributions as cash and not reinvesting them monthly.

Many investors weren’t aware of QYLD or other covered-call ETFs back in 2014, and they have really gained popularity over the past several years. For instance, I wrote my first article on QYLD in August of 2021, and its net assets amounted to $3.81 billion, and the fund had been in existence for just over 7 ½ years. Roughly 15 months later, QYLD’s net assets are $6.62 billion, and that’s with its share price declining -26.11% in 2022. Due to a large amount of capital finding its way into QYLD since 2021, I created a separate table to track its ROI over this period.

QYLD isn’t right for all investors, but if you’re looking for income, it’s very appealing

I cannot stress this aspect enough. If you are looking for capital appreciation, don’t invest in QYLD, as this ETF isn’t structured to capitalize on appreciation. QYLD uses a buy-write strategy and covers 100% of its portfolio with covered calls. Investors are sacrificing future appreciation for upfront income. Conduct your own research and due diligence prior to making any investment, especially ones such as QYLD. Don’t let the high yield overshadow the mechanics and principles of QYLD.

QYLD invests in companies within the Nasdaq 100 and will follow QQQ to the downside while not capitalizing on the periods of appreciation in the same regard. QYLD traded sideways through the upswing in 2021 while QQQ saw parabolic appreciation, and since the beginning of 2021, it has declined -27.41% compared to -15.70 for QQQ. This is because of how much appreciation QQQ booked in 2021, and we saw from the first chart that QYLD had outperformed QQQ on a share price methodology in 2022 as the Nasdaq has fallen deep into a bear market.

When the market rebounds, I expect that QYLD will capture some upside appreciation, but the reality is that it has never remained over $25 for a significant amount of time since its IPO, so I am not holding my breath for shares to return to that level. What is encouraging for me is that shares did rebound significantly after the pandemic drop, and I would believe that shares can return to and trade within the $18 – $22 range when the market turns.

As an income investment, I am still bullish on QYLD and adding to my position. QYLD sits on the income side of my portfolio, and I am reinvesting every distribution to increase my future cash flow. The bear market has demonstrated that QYLD’s mechanics are not a gimmick and that its shares won’t implode outside of market conditions. For the majority of 2022, shares of QYLD have held up better than QQQ, and there were only short periods where the declines were inverted on a percentage basis.

The ability to generate a 4-5% yield with no risk has changed income investing. I believe that rising rates have made QYLD more interesting because there is now an income alternative to lower-yielding equities. QYLD’s yield is 15.7% based on today’s price, and you’re not selling shares from your asset base to generate any of the income. Any capital I am allocating toward QYLD, I am doing so with the understanding that I am not going to touch it, and I write it off as a frozen asset. Getting paid a distribution rate that fluctuates in the 13-16% range is more than enough for me to not worry about QYLD’s share price and allow the powers of compounding to work for me. As covered call ETFs have become more popular and more funds are using an overlayed call strategy to generate additional income, we will see more capital flow into funds such as QYLD in 2023. If you’re an income investor, do some additional research on QYLD, as its track record has shown it will pay distributions throughout every type of economic cycle thrown at it and can generate large amounts of monthly income.