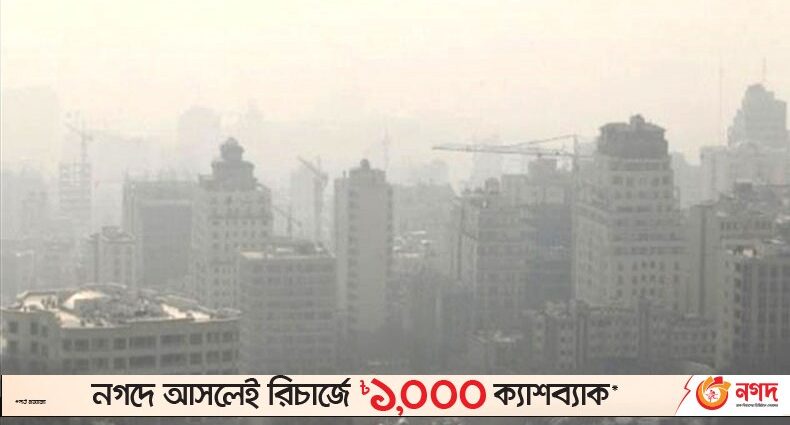 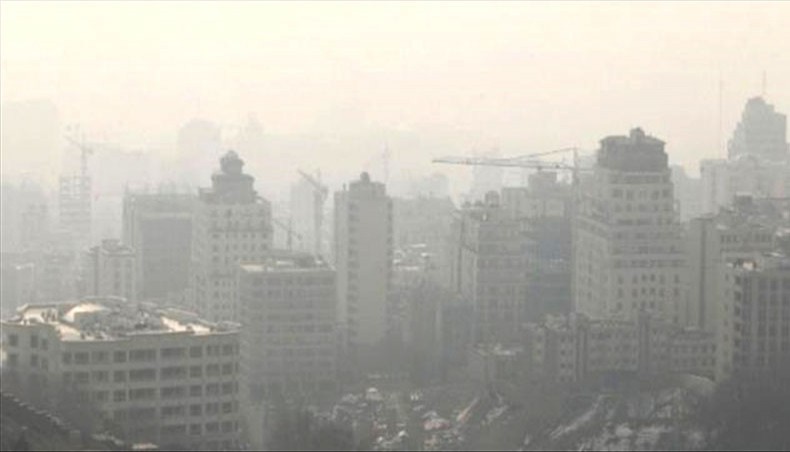 CLEAN air is important for everyone’s health. Yet, studies show that many people are disproportionately impacted by air pollution, including those who live in low-income communities. Exposure to poor air quality has been found to cause short- and long-term health effects, especially for older adults, children and pregnant women. The health burden of air pollution is higher for those living in areas of poor air quality. Residents of low-income neighbourhoods and communities may be more vulnerable to air pollution because of their proximity to air pollution sources such as factories, major roadways and ports with diesel truck operations. They also may be more susceptible to air pollution because of social and economic factors. Air pollution in Bangladesh is the worst in the world, reducing the average Bangladeshi’s life expectancy by 6.7 years, as a study shows.

In the most polluted areas of the country, life expectancy is reduced by 8.1 years, according to the Air Quality Life Index study conducted by the Energy Policy Institute at the University of Chicago, which also ranked Bangladesh as the country with the world’s worst air pollution every year since 2018. Air pollution levels here exceed both national and global standards and have gotten worse over the past two and a half decades. This effectively makes pollution one of the biggest killers of Bangladeshi people.

Worldwide, about 3.8 million people die every year because of household exposure to smoke from dirty cooking stoves and fuels, while outdoor air pollution is responsible for 4.2 million deaths annually, according to the World Health Organisation. In Dhaka and Khulna, which include the country’s biggest and third-biggest cities, the pollution level is more than eight times the limit set by the World Health Organisation, reducing the life expectancy of the people living in those areas by about eight years. In the second-largest city, Chattogram, previously known as Chittagong, residents lose 4.8 years of their lives, even though the air quality there is better than the national average.

The situation is becoming more complicated day by day, but the government hasn’t taken action for a long time, and so far, little has been done to reduce pollution. A study published in April in Science Advances estimated there were 24,000 premature deaths in Dhaka between 2005 and 2018 due to air pollution. That was the highest among the 46 cities studied. Among the top 15 most polluted cities in the world, most of them in Asia, Dhaka has seen the largest increase in the number of premature deaths. Also, cars, trucks and buses, power plants, and off-road equipment emit nitrogen dioxide, the second-deadliest pollutant, according to the World Health Organisation. NO2 emissions tripled in Chattogram and doubled in Dhaka during the study period. Emissions of another pollutant, non-methane volatile organic compounds, also increased in both cities. If the future mimics the past, then the transition to sensitivity to NMVOCs could occur as soon as 2025 in Chattogram and Dhaka, the study says.

The density of lead in the air of Dhaka is 463 nanograms per cubic metre, which is 10 times the acceptable standard. A large number of children, street children, local streetwalkers, and rickshaw pullers in Dhaka City are at particular risk from this air pollution. Young children are mostly exposed to cadmium through inhalation of smoke and contamination of soil and dust from industrial emissions and sewage sludge. In 1999, environmental scientists said that the high levels of lead in the environment from gasoline, paints, ceramics, batteries, etc are factors in the increased risk of polluted air. Another study revealed that blood lead levels were very high and at toxic levels in children presenting with psychomotor delay and behavioural problems, indicating lead poisoning. There are two major sources of air pollution in Bangladesh: vehicular emissions and industrial emissions.

These are mainly concentrated in the cities. There are also many brick kilns all over Bangladesh. Most of these kilns use coal and wood as their prime sources of energy, resulting in the emission of particulate matter, sulphur oxides, and volatile organic compounds. Additionally, the rubber wheels of vehicles are burned, which produces black carbon and toxic gases. These are harmful to your health. In order to accommodate the growing population, the construction of high-rise buildings is growing rapidly. Along with these buildings, the number of slums is also growing. The tremendous force of population has made it almost unfeasible to maintain a clean environment in the capital city of Dhaka. About 80 per cent of the total land area of Bangladesh is flood plains, and most of the people in the country are directly and indirectly dependent on agriculture.

So ecological and environmental patterns significantly impact the lives and livelihoods of millions of people. Moreover, it is estimated that, at the current levels of climate change, by 2050, one of every 50 inhabitants of Bangladesh will be displaced, and the country will lose about 11 per cent of its land. With 28 per cent of the total population living along the coast, mass displacements would add to the already intolerable population density and cause an insurmountable loss of livelihood. So, taking care of the environment and using technology to tackle these oncoming disasters are the country’s greatest challenges right now. Almost all of the sectors of the country are at the whims of the environment, and progress is only possible when these things are properly dealt with. The interest of Bangladesh in creating a smart environment can be roughly divided into two categories: protecting agriculture in rural areas and creating healthier, more sustainable urban areas.

Agriculture is one of the hardest-hit sectors of the country in the event of any climate change or natural disaster. The sector provides Bangladesh with around 13 per cent of its GDP and employs around 40 per cent of its total labour force. So, millions of lives will be at the whims of the environment and climate in Bangladesh if no prompt action is taken. The risk in the agriculture sector is multifaceted, as it involves multiple supply chains and operates in almost every part of Bangladesh. The fashion industry is one of the largest polluters in the world. About 8 to 10 per cent of the global greenhouse gas emissions come from the fashion industry. This is more than the aviation, shipping and maritime industries combined. Bangladesh, as one of the largest RMG producers, generates a significant amount of toxic waste, which is dumped in rivers, and emits poisonous fumes into the atmosphere.

Three rivers around the capital were declared to be biologically dead due to the pollution from the surrounding factories and there are multiple rivers that are practically unsalvageable at this point. Pesticide contamination is also one of the country’s major sources of water body pollutants. A study found that around 18 per cent to 24 per cent of farmers were struck with different health-related problems due to occupational exposure to pesticides. Although the country has ensured access to electricity for 94 per cent of its population, blackouts and load shedding due to shortages cause considerable losses to the economy every year.

Bangladesh loses $14 billion a year due to air pollution alone. Aside from that, air pollution causes a variety of chronic illnesses, millions of hospital visits, and billions of dollars in medical costs. The government has already announced a waste-to-energy plant as part of a joint project between the Local Government Division and the Power Division. The plant will be the first of its kind in the country and will use solid municipal waste collected from the city corporation areas of Dhaka and Chattogram. Although the first project will be implemented in North Dhaka, there are plans for expansion throughout the country. Besides, the World Bank has already approved a $170 million project for improving sanitation that includes a state-of-the art sewage treatment plant. Projects like this hold a strong promise for a better and more sustainable environment in the country, and they have to be brought to micro levels too. Given the impending impact of climate change and pollution on Bangladesh, time is of the essence in creating a more sustainable environment.

More resources and funds must be directed toward technology-based environmental projects in order for the country to be as prepared as possible for this crisis.The idea of a “smart environment” is to create an environment embedded with sensors, displays and computing devices for inhabitants to better understand the environment. This also gives them the ability to control and monitor different environmental factors like pollution, waste, energy, etc and create a more sustainable habitat. The impacts of creating a smart environment are as far-reaching as reducing carbon footprints, creating alternative energy sources, avoiding fossil fuels and protecting natural habitats. Now targeted action is needed to better protect the poor, the elderly and children from environmental hazards.

Rayhan Ahmed Topader is a researcher and columnist.

2022-11-22
Previous Post: Should companies with animal mascots pay for species conservation?
Next Post: Behind The CTV Gold Rush Is An Ad Ecosystem Finding Its Feet