Reading Mike Keatinge’s letter on work-life balance (NCE, last month), I felt compelled to respond providing the counter argument. I believe my opinion is held by many others.

In years gone by, one sole income was adequate for many families to make ends meet, more recently two incomes are needed. Therefore, when caring duties arise, the person who needs to perform them is increasingly likely to be employed and require flexibility from their employer to undertake them. This need for flexibility is even greater for families who don’t fall under the traditional two parent model or have additional caring responsibilities.

Suggesting people who have caring responsibilities are unproductive seems rather prejudiced to me. The point of working flexibly, is that the individual is able to decide – in line with their company’s guidelines – when is better for them to work; it is not an excuse to shirk.

In addition, I think it’s easy to fall into the trap of believing that people who are sat in front of their computer are being 100% productive. Much of the recent research on working patterns, including trials of four day working weeks suggest lower hours or a more flexible approach gets the most out of people and business does not suffer.

Whether people like it or not, the industry appears to be tending towards increased flexibility and greater emphasis on work-life balance. Companies that do not offer this will soon find themselves without talented employees and so become extremely unproductive and possibly out of business. In my experience the increasingly positive approach to flexible working is working well. People have more respect for others’ time and are more open about their personal lives. I have not seen any decline in team productivity, rather the opposite.

I read with keen interest the short, but poignant message from Mike Keatinge focused on the price of prioritising people. To perhaps offer an alternative view on this, when the Covid-19 lockdown in March 2020 was announced, I was the father of a nine month old baby girl.

For the time between her birth and the announcement of the lockdown, I barely saw her. I would leave for work at 7am before she woke up, due to my hour long commute, and then return home at around 6.30pm, around an hour before her bedtime. It was difficult for us as a young family and my daughter and I were simply not bonding.

During lockdown I was thankfully not furloughed, I worked from home and loved every minute. I was able to have breakfast with my daughter before work, see her during my lunchtime, and gain extra time with her in the evenings.

During lockdown, I was the civil and structural engineering lead on an energy from waste project and delivered this successfully, along with a number of other projects.

Fast forward almost three years and the company I work for have maintained some flexibility in people’s working hours. I sometimes work from the office all day. I sometimes work from home after taking my daughter to morning nursery, then continue to work from home after collecting her late morning. I always work back the 30 minutes I spend on the late morning collection, whether that’s by staying on at the end of the day, starting early other days, or working after my daughter is in bed some nights.

As a now single father, collecting my child from school and seeing her face light up as she sees me at the gate when it’s my turn to do so will always mean the world to me.

Something else that will also always mean the world to me, is my profession which I have worked so hard to forge and paying back my company for the faith they have shown me since the moment I walked through their door.

Caring about your children and your job are not mutually exclusive and I look forward to many more years of enjoyment with both my beautiful daughter and my exciting and fulfilling profession.

After reading Mike Keatinge’s letter, I wanted to say how refreshing it was to see that view put – it must have at least some validity. Another potential consequence of “prioritising people” in my opinion is the imposition of increased pressure on a segment of staff – if a pressing issue crops up at 2.30pm, for example, it probably is not the person with outside commitments that afternoon that is going to sort it out.

As the authors and funder of the report referred by Michael O’Shea, we welcome his letter as part of the debate surrounding the use of waste plastics, or otherwise, in civil engineering.

We do, however, fundamentally disagree with some of his points, for example, his assertion that “… even if no performance benefits are derived from the inclusion of recycled plastic in the bituminous mixes, … the diversion of the plastic from the waste stream and the reduction of demand for bitumen … are worthy benefits”.

Setting aside that the evidence for a reduction in bitumen content is at best sketchy, the fact remains that if the waste material does not at least match the performance of the virgin material, or is used in quantities greater than necessary, then this is clearly a means of getting rid of the material. 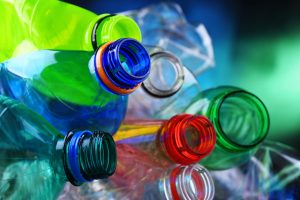 This type of “sham recovery” has been clamped down on by the UK environmental regulators over the last 20 years using the available waste regulatory controls, as we point out in our report.

Using plastic waste in this way also places the waste at end of life in the hands of the road construction industry which is arguably least well placed to deal with such materials, while ignoring the proportion of plastic waste that will enter the environment during construction and during the lifetime of the road due to wear, let alone at end of life.

O’Shea ignores the issue of plastic waste that is already being allowed to enter the environment rather than being suitably contained within the waste stream. In our report we specifically led the call for more research on its beneficial use in roads and left the door open for suitably researched materials to be evaluated using a defined protocol to ensure that only those materials with demonstrably acceptable whole life costs and appropriate technical, health and safety, and environmental performance are introduced to our road infrastructure assets.

We urge O’Shea to read the report in full at https://tinyurl.com/scotsroad

The United Nations Environment Programme has indicated why net zero 2050 is not a scientifically based target.

Current UK government policy to deliver net zero by 2050 will only limit temperature rise to 2.6°C but, according to the Intergovernmental Panel on Climate Change’s special report 15 in 2018, anything in excess of 1.5°C is likely irreversible and actually catastrophic.

Hence civil engineers should be looking at and attempting to deliver not what our client, the government, thinks it wants, but what it actually needs, which is more likely net zero 2035, or even 2030.

A speaker at the ICE’s excellent PAS 2080 launch event in October alluded to this critical oversight and even the 2006 Stern Review clearly identified that ignoring the adverse effects of climate change was economically far more expensive than addressing them.

We are now very nearly three years into the critical 2020 to 2030 decade, with actually only seven years left to take radical and urgent action necessary – an appropriate target based on PAS 2080.

When will our corporate body bite the bullet and tell the government, including the National Infrastructure Commission, what it needs to know, rather than what it is politically acceptable?

I suggest we owe it to our children and grandchildren to do so.