‘The potential impact is huge’: Inside GSMA’s quest to develop ESG standards for the mobile telecoms industry 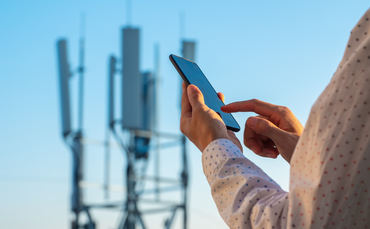 Mobile telecoms is big business. A multi-trillion-dollar industry, in fact, that contributes an estimated five per cent of the world’s GDP and directly supports 12 million jobs.

It isn’t hard to understand why. Indeed, you would have to have been living the life of a hermit over the past two decades not to notice that practically everyone now has access to a mobile phone. The use and convenience of mobile internet access now penetrates practically every facet of billions of people’s daily lives, with countless businesses and entire industries relying on it. Worldwide, there are now almost 4.2 billion mobile internet subscribers, which means more than half of the global population has access the internet while on the go. By 2025, connections to 5G alone – offering the fastest mobile internet speeds – are expected to reach the two billion-mark.

But as mobile internet has expanded its reach around the globe over the past two decades, to the point that it is now integral to many economies, so has the industry’s climate impact, with recent estimates suggesting it produces 220 million tonnes of CO2 per year, or around 0.4 per cent of total global greenhouse gas emissions. Meanwhile, awareness of climate and environmental crises has also grown, and with it an increasing desire from within the sector to improve its sustainability credentials so as to become a force for good around the world.

“We’ve always been working very closely with mobile operators around a range of sustainability topics,” Alix Jagueneau, head of external affairs at the industry association GSMA, tells BusinessGreen. “And since as an industry we committed to the UN Sustainable Development Goals in 2016, we’ve been trying to explore how the sector can positively impact the economy and society, and how to advance responsible leadership.”

First founded in 1995 as the Groupe Spécial Mobile association, GSMA represents more than 750 mobile operators worldwide as full members, in addition to a further 400 firms in the wider mobile ecosystem as associate members. That is why, given the influence it holds across such an important global industry, the trade association’s sustainability efforts could potentially have a huge impact on the net zero transition.

In 2019, GSMA’s green ambitions shifted up a gear, when its board announced an aim to transform the global mobile industry to reach net zero carbon emissions by 2050, backed by an assessment of the risks and opportunities faced by operators embarking on climate action, as well as their resilience in the face of escalating climate risks. Then, a year later, it went a step further, establishing the first-ever climate science-based pathway to reduce greenhouse gases across the telecoms industry, alongside guidance to support those firms setting 1.5C-aligned Science-Based Targets (SBTs). By the end of 2022, operators covering almost half of global mobile connections and 63 per cent of the industry’s revenues had committed to SBTs, while more than 40% had set net zero emissions targets.

GSMA’s guidance calls on mobile network operators to reduce their emissions by at least 45 per cent between 2020 and 2030. It is a stretching goal, but the industry association reasons that striving to meet it also opens up huge opportunities. There are the obvious benefits in cutting energy bills through backing cheaper, greener renewables, as well as providing a business with a competitive edge in new markets as the net zero transition takes hold.

But GSMA has also published research alongside climate consultancy Carbon Trust calculating that the use of mobile technology-powered global emissions helped to power global CO2 reductions of around 2.1 billion tonnes in 2018. Or, to put it another way, the mobile telecoms sector is helping to deliver emissions saving that are almost 10 times greater than the global carbon footprint of the industry itself. The industry therefore believes it has a major role to play in not just decarbonising its own operations, but in accelerating the net zero transition across the wider economy through a combination of massive efficiency gains, process optimisation, and dematerialisation.

Unsurprisingly, many mobile operators have responded to this combination of growing pressure and increased opportunity by ramping up their environmental, social and governance (ESG) efforts. “More recently, we’ve witnessed an explosion of interest around ESG among our members, as well as scrutiny around what companies say they are doing,” Jagueneau explains. “There’s also been a lot more targets and commitments embedded in operators’ business strategies, such as on issues like climate or inclusion.”

Leading industry names in this sphere include for example Vodafone, which is targeting net zero by 2040, alongside interim targets to halve carbon emissions across its supply chain by 2030. Telefonica is also targeting net zero emissions from its business by 2040, while BT is aiming to meet the same goal by 2040. Similar strategies are being developed right across the industry as operators work to reduce their own emissions, tackle the environmental impact of their supply chain, and accelerate the deployment of smart technologies that can help decarbonise everything from buildings to vehicles.

The problem, however, is there has been little joined-up thinking, clear standards, disclosure methodologies, or best practice guidance across the sector, which is why GSMA is now seeking to fill the void and promote a more co-ordinated approach to the industry’s broader ESG push.

“For us it was important to follow through on all these new commitments and really look internally as an industry,” says Jagueneau. “Our members are doing a range of initiatives in the sustainability space, but can we actually try to pin it down to what it means for mobile operators specifically, and speak a little bit more with one voice on this?”

And so, in early 2021, GSMA convened mobile operators and other industry stakeholders to try and map the existing reporting ecosystem for ESG across the sector – what data on carbon emissions, social value, digital inclusion, or other issues companies currently measure, and how and where they report, disclose and use this information. In order to cut through the confusion and prevent firms feeling overwhelmed by the burden of building robust sustainability strategies, the aim was to identify the leading ESG issues that are most material for the industry and build consensus – and eventually guidance – on how best to measure and demonstrate the value of mobile operators to society.

Armed with better, consistent, more standardised data and processes with which to measure and gauge ESG performance across the industry, GMSA hopes mobile operators and their suppliers will be able to support better internal decision-making and accountability, build trust with customers, and have a positive influence on the wider industry and planet.

“What we’ve heard a lot from our members is that their investor relations teams are increasingly being asked about ESG reporting, and it becomes quite burdensome because on some occasions there might be hundreds of KPIs they have to look at,” says Jagueneau. “So if we can cut through some of the noise and simplify the reporting requests, that would be fantastic.”

Fast forward to summer 2022, and GSMA has alongside management consulting giant EY, launched ‘ESG Metrics for Mobile’, a 44-page draft guidance document for mobile operators that was 11 months in the making and sets out a range of best practices, tools, and guidance. Crucially, the document includes initial proposals for a clutch of key performance indicators (KPIs) designed for companies to integrate into their broader corporate strategies and measure progress against. GSMA sought its members’ views on the draft document and KPIs over the summer, and now the consultation is closed, the trade association is weighing up feedback which it says has been broadly positive so far.

For the KPIs themselves, GSMA consulted with industry players to develop four broad categories: digital inclusion; digital integrity; supply chain; and environment. For the last of those categories, KPIs include disclosing emissions and setting SBTs, improving energy efficiency, boosting use of renewables, and reducing waste by enabling more recycling.

However, Jagueneau argues the non-environmental KPI’s are also a crucial part of the broader sustainability puzzle, such as supporting critical digital skills training and prioritising sustainable procurement across the supply chain.

“There are actually lots of opportunities beyond the environmental, but those metrics are less evolved and stakeholders are calling for them a little less, as they are less established,” she tells BusinessGreen. “So actually, this is about recognising that they are just as important and potentially just as big indicators of value for our industry. So let’s get together as an industry and begin to evolve them to the same level so that stakeholders are taking as much notice of those issues as other areas.”

Once it has considered feedback from its members, GSMA has its eyes on delivering a new pilot initiative with operators to trial measuring and disclosing progress against the KPIs. For the GSMA, it is crucial to get direct input on the KPIs from GSMA members with experience working in the sector, rather than taking a ‘top-down’ approach.

“There have been other sector frameworks out there in the past, but I think where we have an advantage is the level of collaboration and engagement from our members,” she argues. “We’re able to come up with something of really high quality, because there’s a real level of dedication at an industry level.”

Jagueneau is quick to stress that “we’re not saying we’re 100 per cent the authority on the way ESG should evolve and how it should be done” – companies within the sector remain best placed to judge what their sustainability priorities are. But she adds that within our industry, GSMA does “have very good insight into where are the real drivers of value, what is really material for our industry, and those various difference nuances that might vary from one company or geography to another”.

Still, until the ESG guidance and KPIs are finalised, there are plenty of broad efforts that mobile operators can and should be taking on ESG, according to the GSMA. Its guidance document argues companies should work to ensure ESG reporting is “owned” at board-level in order to embed it into top level decision-making and accounting. It also calls on operators to raise awareness of GSMA’s framework throughout the wider mobile telecoms ecosystem, and recommends they start to begin incorporating the KPIs into their ESG reporting cycles.

For Jagueneau, though “the real impact will come” when operators adopt some of GSMA’s recommended metrics, at least in part, and begin reporting against them. At that point she is confident the sector can start to play an even more central role in accelerating the economy-wide net zero transition.

Mobile telecoms may be a very diverse ecosystem indeed, but that hasn’t stopped its leading players and stakeholders all coming together to work on an agreed pathway forward towards a more sustainable future. “You don’t often see an industry coming together like this,” says Jagueneau. “You see lots of companies answer these challenges, but to do that at an industry level is quite unique.”

She adds: “The potential impact is huge.”

This article was produced in association with GSMA.