In 2019, young artist Pratchaya Charernsook became aware of microplastic pollution after news reports of researchers at the Marine National Park Operation Centre finding an average of 78 pieces of microplastics in the stomach of every mackerel they collected from Hat Chao Mai National Park.

“After reading the news, it dawned on me that microplastic pollution is all around us. The news inspired me to create an art exhibition about microplastics,” said Pratchaya.

Now on view at Bangkok Art & Culture Centre (BACC), “Sairee Beach” addresses microplastic pollution and comprises more than 50 artworks created from the material as well as nanoplastics and trash, all of which she collected from the very same Sairee Beach in her hometown of Chumphon province.

“I have created several collections to raise awareness about the dangers of microplastic pollution ever since it was the topic of my master’s degree thesis at the Faculty of Painting, Sculpture and Graphic Arts, Silpakorn University. For this exhibition, I focused on Sairee Beach because it is a well-known spot in Chumphon and the name is part of its tourism slogan. It’s a beach that I have been familiar with since I was young. Currently, the sand is embedded with microplastics, so I want to encourage people to be more concerned about the environment,” Pratchaya explained.

In that light, the artwork Sairee Beach 3 depicts numerous microplastics that fill up half of a large canvas (230 x 265cm). 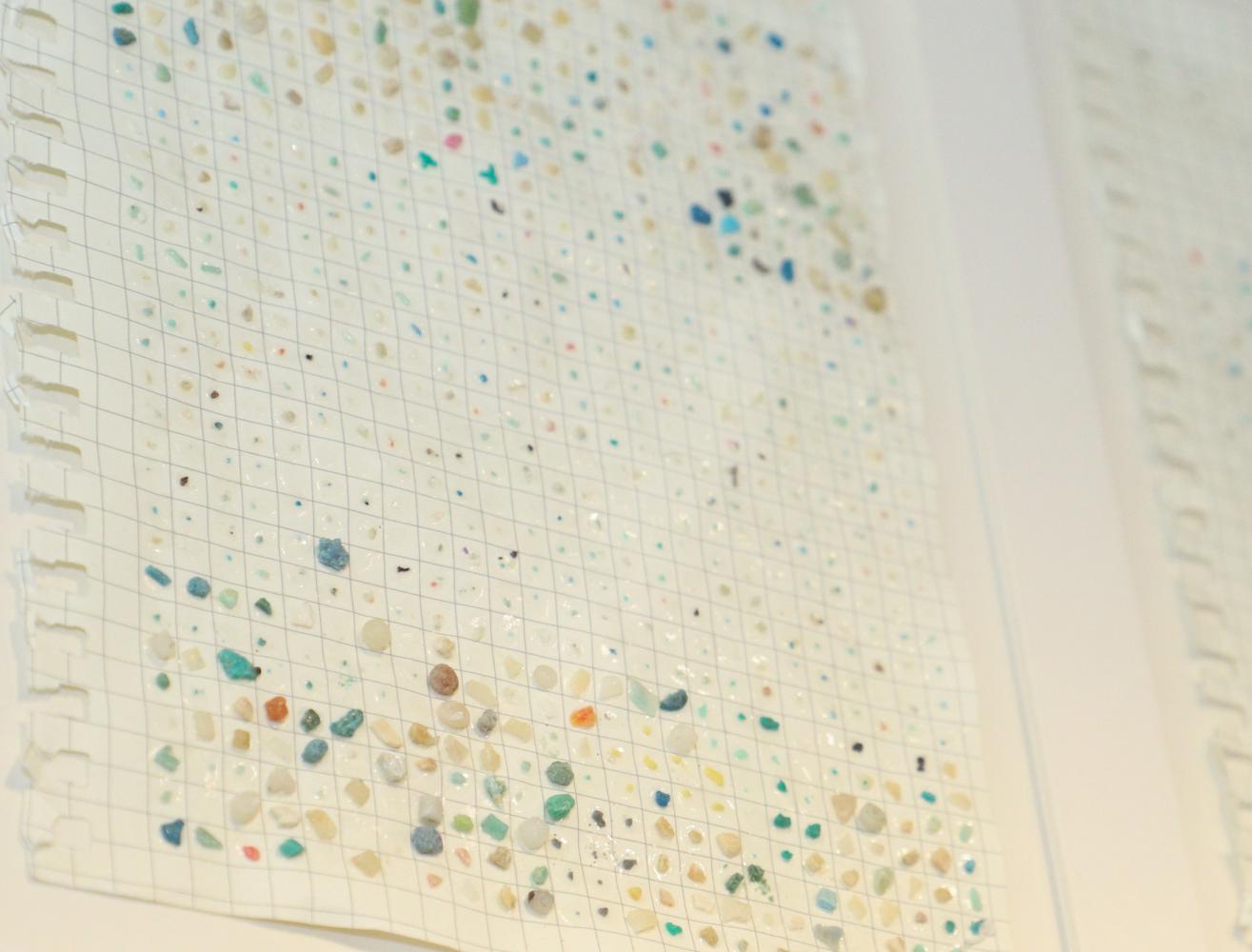 Diaries series are like record traces of microplastics that humans left behind.

“I created a large piece to show viewers there are a lot of microplastics on the beach. The canvas portrays Sairee Beach with microplastics replacing sand. The artwork depicts how the beach looks like these days. In the future, I want to create more pieces like this to represent other beaches in Chumpon,” the 25-year-old said.

Another artwork, titled simply Sairee Beach, was created out of several pieces of plastic trash attached to a mirror. Pratchaya explained that she wanted viewers to see their own reflection when they look at the artwork, so they will realise they are living amid plastic trash. Three other artworks — Diary 01, Diary 02 and Diary 03 — display numerous microplastics glued onto paper. Pratchaya explained that these artworks are like diaries which record traces of microplastics humans have left behind.

Apart from microplastics at less than 5mm in length, Pratchaya also created works for the exhibition using nanoplastics, which are smaller. While Sairee Beach 14 depicts nanoplastics on paper, an untitled piece has nanoplastics displayed in a frame which looks empty at first glance. Viewers have to look closely and carefully to see the nanoplastics.

Pratchaya says she has long enjoyed making handicrafts and, for artworks, prefers to create pieces from various everyday materials and objects that she collects, rather than using solely paint.

In fact, it was during a visit to Sairee Beach while searching for driftwood that Pratchaya was surprised to see a lot of trash scattered about. 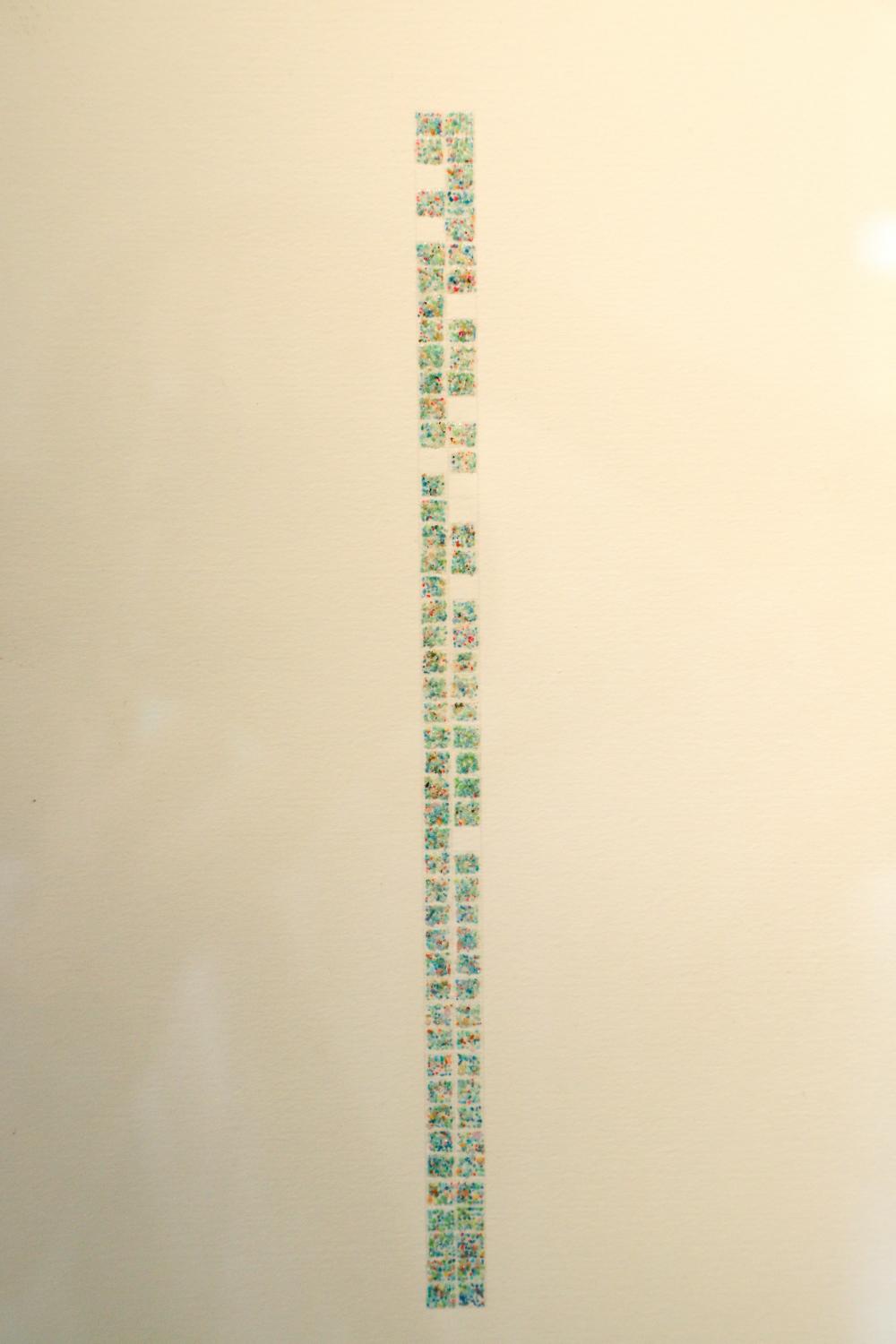 “I was not aware of the environmental issues back then, but a huge pile of multicoloured trash caught my eye. I was stunned to see it on such a famous beach. Because of the accumulated trash on Sairee Beach, tourists now prefer to visit another beach called Thung Wua Laen,” she said.

“At that time, a university lecturer assigned students to work on a project called ‘Tradition’. I saw many cigarette lighters on beaches and that reminded me of Loy Krathong. I used the lighters to create an installation by sorting them by colour and facing them down on the beach, then taking photos of them. Apart from the lighters, I saw many toothbrushes, plastic bottles and styrofoam boxes as well. I collected them and later turned them into artworks,” Pratchaya added.

In 2019 and 2020, Pratchaya won silver medals at the Silpa Bhirasri Award for the stop-motion videos and installations of her series “Wastrel – People Society”. The series conveys that people destroy the environment from both staying in one place and travelling from one place to another.

“I was thrilled to receive the awards, especially in 2019 because it was the first time I had received any award after participating in many competitions. The awards helped me to convey my messages to viewers and I gained more followers on social media. Last year, I won the gold award at UOB Painting of the Year for Sairee Beach 5 which depicts microplastics on canvas. From that point on, art collectors started showing an interest in my pieces,” said Pratchaya. 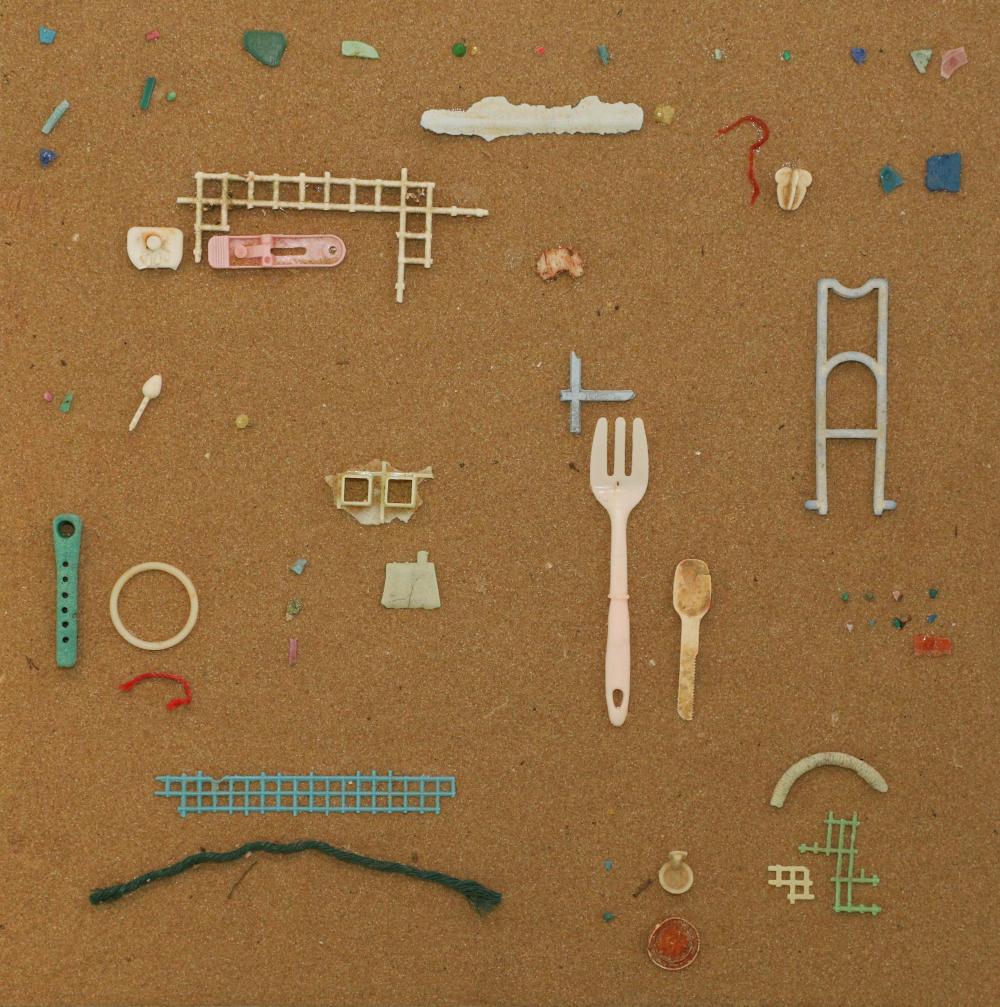 “I was a bit sad to see negative comments, but I have no control over people’s opinions. When I saw compliments as well as viewers who understood why I created microplastic art pieces, I was happy. The positive feedback lifted my spirits,” the artist said.

“I recently visited Sairee Beach to collect trash to create seascape artworks. Most such paintings illustrate locations where artists have visited, but my seascape piece, Sairee Beach 16, is instead made of trash from Sairee Beach. While I was collecting trash, a boy asked me what I was doing. I explained to him that I create art pieces from trash. He understood and wrote on the sand, ‘Please protect the environment’. I was pleased that the boy understood my intention although he was very young.”

As an environmentalist, Pratchaya hopes that plastic manufacturers and the government will work together to manage the production and usage of plastics. 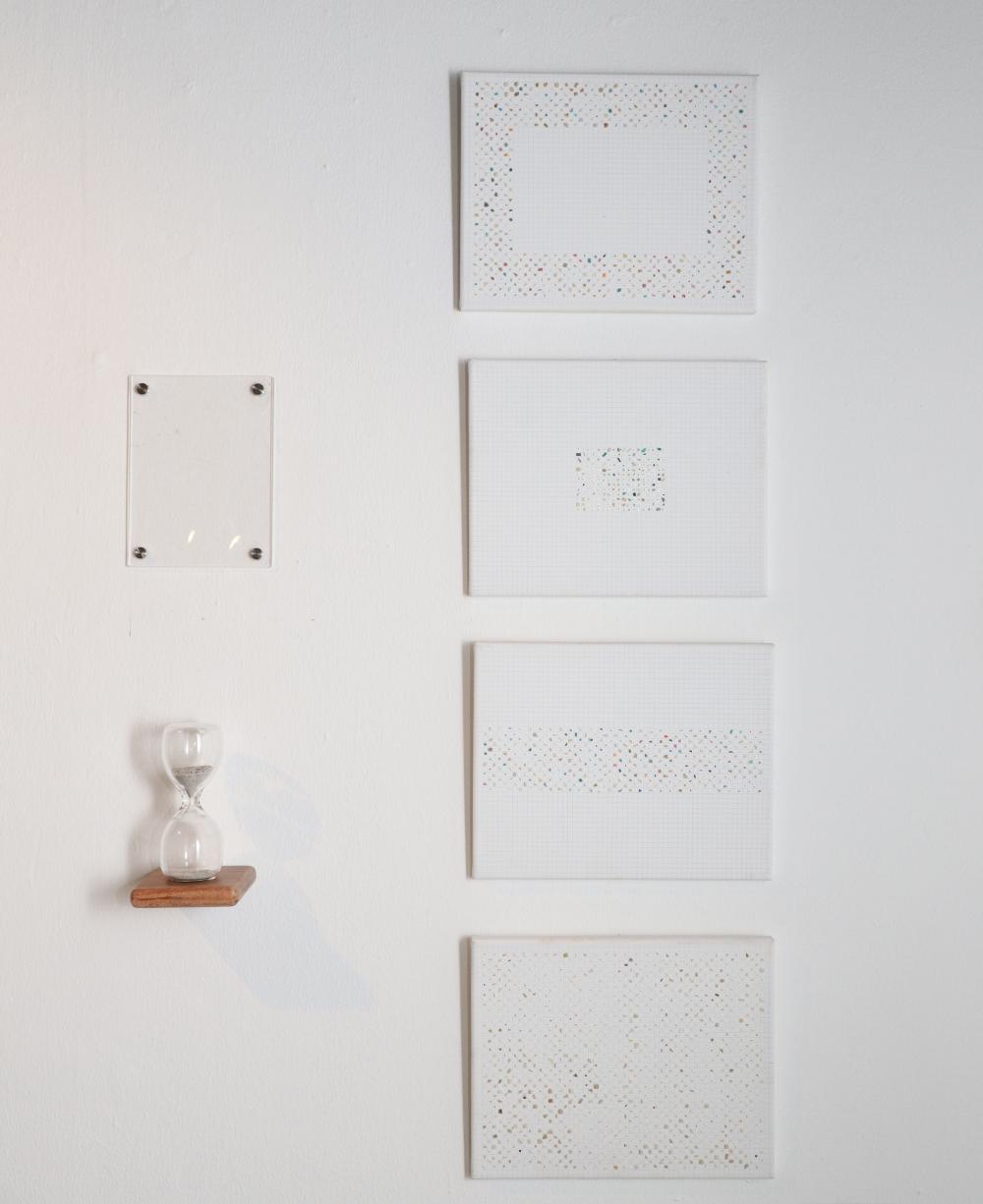 the sand clock, Untitled looks like an empty frame at first glance.

“I hope everyone will try to reduce plastic usage. The private sector should produce environmentally-friendly packaging and the government should make laws that restrict use and manage plastic products and plastic pollution. Sorting trash is another way to properly manage waste. I still use plastic, but less than before. Plastic is not evil; it is humans who litter and cause plastic pollution that eventually leads to their harming themselves.” 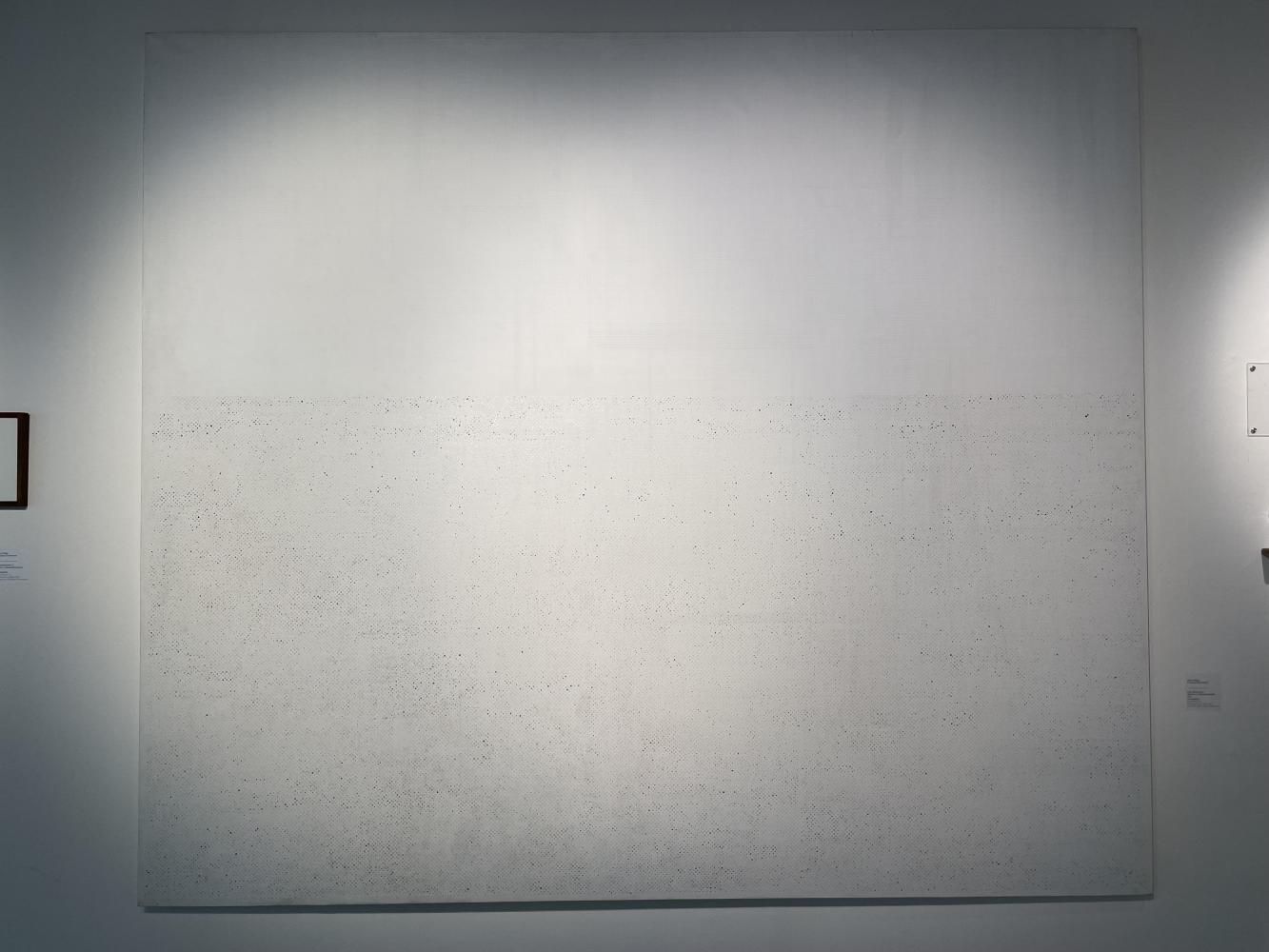 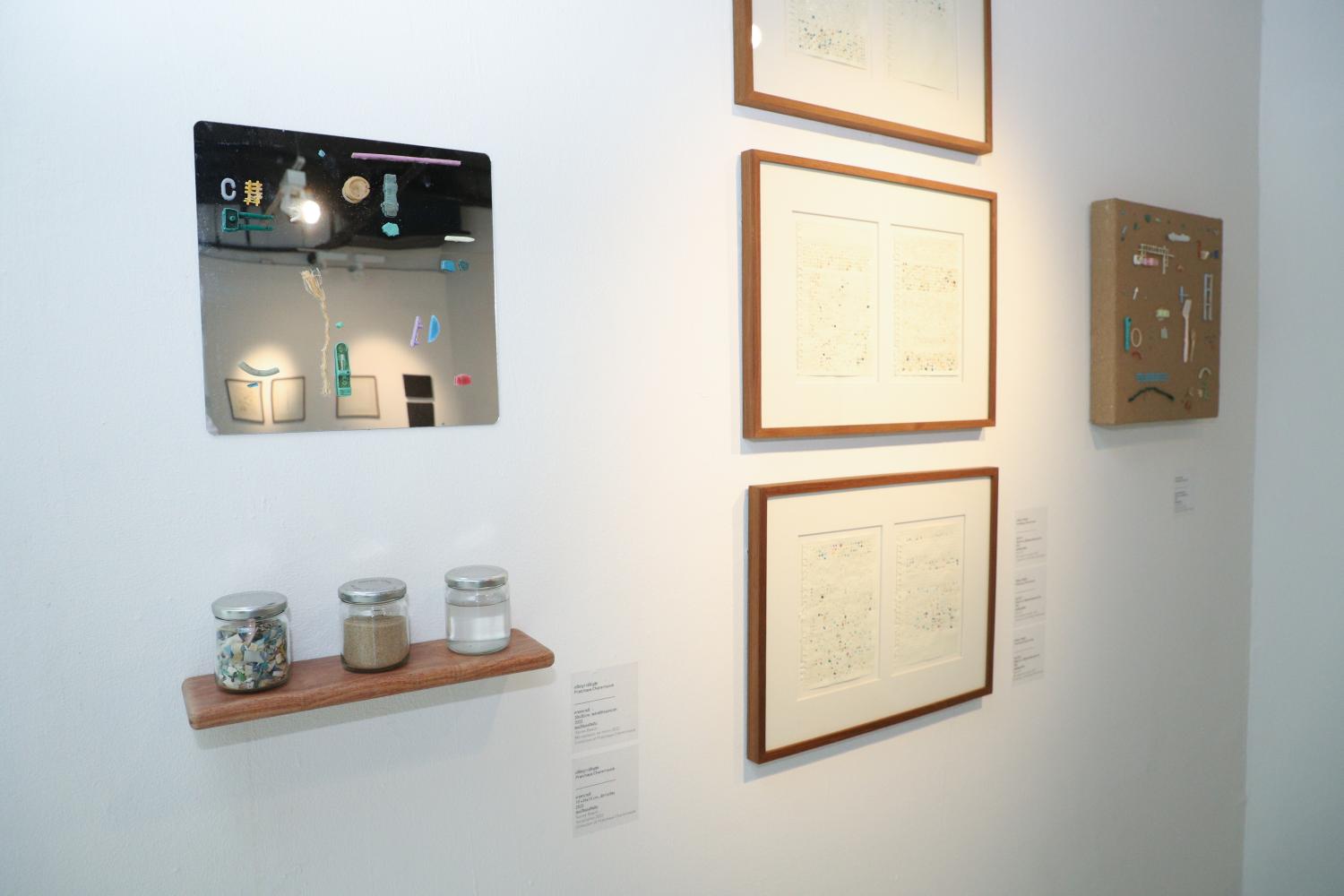 far left, Sairee Beach, was created out of several pieces of plastic trash attached to a mirror.

2023-01-18
Previous Post: ETV: A Call Writing Fund For The Current Environment
Next Post: Sports video games could have ‘remarkable’ 2023