How oil spills affect humans and the environment

The open seas are crucial for sustaining human life: they feed us, generate the oxygen we rely on and regulate our climates. They are also homes to thousands of species of animals and microorganisms that form incredible marine ecosystems. Yet irresponsible human activities, like deep-sea fracking, disposing of untreated water and reckless waste dumping, destabilise the equilibriums of these aquatic environments, poisoning thousands of animals and people. Of the major sources of ocean pollution, oil spills are one of the most damaging and difficult to remedy.

Sources of Oil in Oceans

The largest source of oil in the ocean comes from land through runoff water, originating from urban environments or industrial activities. Oil that accumulates on roads, highways and parking lots from vehicles or oil leaks makes its way to the oceans through stormwater runoff from sewage systems or rivers. The oil can contaminate ecosystems along the route of the runoff as well.

It is therefore important for sewage management systems and public services that clean roads and highways to use chemical-free absorbents that break down the oil before it is carried away by water. A reduction in vehicles that use oil-based fuels will also reduce the amount of land-based oil that travels to the sea.

Factories and other industrial activities that irresponsibly dump untreated water carrying oil or oil by-products and other dangerous chemicals are also culprits of water pollution and ocean toxicity.

Additionally, oil from land can naturally make its way to the ocean through atmospheric deposition, which occurs when particles from burned fossil fuels enter the atmosphere and are then transported and deposited into oceans through rain clouds. While this is an inevitable consequence of the precipitation cycle, the quantity of oil transported by rain could be reduced by a decreased reliance on fossil fuels.

Oil is released in oceans from natural activities, following the movement of faults or due to cracks in ocean floors. This represents the second-largest source of oil emissions in the oceans.

While major oil spill blowouts have decreased in the past twenty years, they still represent the third-highest source of oil in the oceans, following land-based runoff and natural seepage.

Eruptions from coastal refineries or drilling operations release millions of tonnes of liquid petroleum hydrocarbon, damaging marine environments, and have repercussions that can last decades.

Many other human activities contaminate the ocean with oil: oil tanker cleaning, boat refueling, leaks and pollution from sea vehicles, like transport vessels and cruise ships, all contribute to the high levels of ocean pollution.

Effects of oil spills on the environment

Oil spills, whether natural or human-caused, bring devastating consequences to ocean environments, both immediately and in the long-term.

Animals that are exposed to high levels of oil may die from its toxicity, or may see their natural defenses compromised. For instance, oil destroys the insulation properties of mammals’ fur and the water-repellency of birds’ feathers, making them susceptible to cold weather and drowning.

Dolphins and whales that breathe in oil from the water’s surface damage their immune, respiratory and reproductive systems. Animals that are exposed to oil spills require immediate rehabilitation and cleaning to protect them from long-term harm and to prevent the oil from being passed down in the food chain.

These effects are not insulated to the immediate environment: in the long-term, disruptions in food supplies and reproduction abilities affect whole ecosystems, destabalising their equilibrium.

Ten years after the Deepwater Horizon oil spill in the Gulf of Mexico, for example, bottlenose dolphin populations have not been able to recover due increased reproduction failure. Female sea turtles exposed to oil lay eggs with thin shells, which may not protect the chicks enough before hatching.

Oil sediments that fall to the sea floor also kill coral and the animals and microorganisms that depend on them for food and shelter.

The destruction caused by oil spills affects the economic activities of locals, especially in the Global South. Fishermen in these regions lose income for several years after oil spills as marine ecosystems can take decades to recover.

In 2022, for example, 2,500 fishermen in Peru had their livelihoods ruined by a large crude-oil spill by Repsol, a Spanish refinery, and now find themselves without a source of income. Similarly, the Dutch multinational Shell was recently ordered to pay $15 million to compensate farmers in Nigeria after several oil spills destroyed their livelihoods between 2004 and 2007. 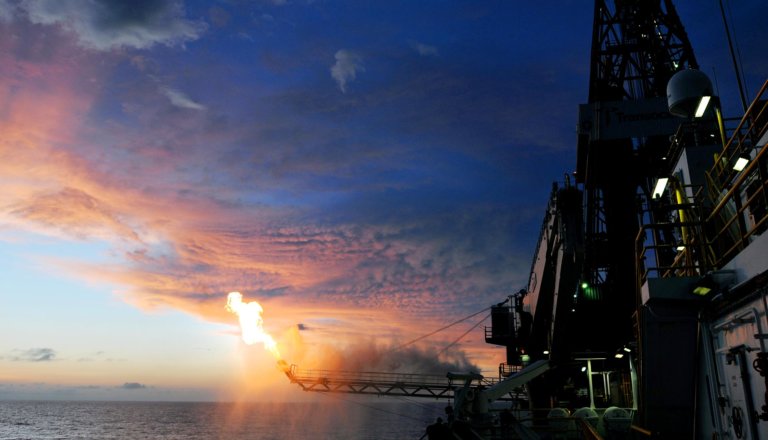 Read more about the Shell and Niger-Delta disaster

On 19 January, 1991, up to 2 billion litres of oil were purposefully spilled off the Arabian Gulf of Kuwait, spreading in a 10 centimetre thick layer over 10,000 square kilometres.

During the Persian Gulf War, in order to prevent American naval crews from landing on the shores, the Iraqi military dumped oil from tankers and opened valves at offshore oil terminals to stall their approach. The Persian Gulf spill killed up to 90 percent of the fauna in the area, as well as 100,000 birds and destroyed the important mangrove forests on the coast of Kuwait.

The infamous Deepwater Horizon Spill of 2010, in which an oil rig owned by British Petroleum in the Gulf of Mexico blew out, caused a major explosion that killed 11 people. Over the course of 85 days, 9.5 million litres of oil spilled daily, spreading a total of 775 million litres of oil which devastated the coastal environment.

Up to 50 percent of coral species in the area were found to have been damaged and experience population decline; between 600,000 and 800,000 seabirds were killed; and hundreds of dead dolphins washed ashore.

Coastal communities that survived off of fishing and recreational activities lost billions of dollars in revenue as marine life perished and coasts became unswimmable. Though BP was forced to pay over $144 billion in settlement fees, some of the damage done to the environment is irreparable.

The Ixtoc I Oil Spill

In June 1979, an offshore oil well off the Mexican coast of Campeche blew out, spilling up to 30,000 barrels of oil into the ocean every day, for almost a whole year.

In March 1989, a large oil tanker  off the coast of Alaska, United States, hit a coral reef, rupturing several cargo tanks and spilling 11 million gallons (41 million litres) of crude oil into the Gulf of Alaska. The outcome was catastrophic: the oil killed billions of salmon and herring eggs, 2,800 sea otters and about 250,000 seabirds.

In response to the economic repercussions of this malpractice, the American multinational Exxon was required to pay $900 million in civil settlement fees. This event was so damaging that it prompted the United States to implement the Oil Pollution Act of 1990, which increased the financial penalties for oil spills and effectuated stricter regulations for oil tankers.

Read about the other types and effects of water pollution.

Even as regulations around deep sea fracking and industry water disposal have become stricter and safety precautions on oil drills have cut down on the number of accidents, oil spills are an inevitable consequence of mankind’s unquenchable search for fossil fuels. Understanding the repercussions that past spills have had on the environment, it is clear that we must move towards renewable fuel sources whose procurement is not disastrous to the planet.