The 27 legal principles on the Protection of the environment in relation to armed conflicts (PERAC) were passed by the UN General Assembly on 7 December. This marked the end of a decade of work by the International Law Commission to better protect the environment during war and occupations.

Experts do not see the new guidelines as a miracle fix to stop environmental destruction during war. They hope it will raise the issue’s profile and help prioritise the environment after conflicts end. “It’s a new way of thinking about the whole lifecycle of conflict,” says Doug Weir, research and policy director​ at the Conflict and Environment Observatory (CEOBS).

The environment has always been a casualty of war but Russia’s invasion of Ukraine has made this particularly visible. A growing awareness of the importance of environmental protection has been supported by improved monitoring and the ability of social media to quickly relay news.

Much media focus in recent months has been on Europe’s largest nuclear plant, Zaporizhzhia, which was captured by Russian forces last March. The plant’s infrastructure has been damaged by shelling according to Energoatom, the Ukrainian state-owned company that runs the plant. This has increased the risk of fires, and leakage of hydrogen and radioactive material.

In December, an attack drone was recorded flying over another nuclear power plant in the country.

There have also been widespread attacks on military and civilian infrastructure, and the country’s forests have been damaged by huge fires. Intense fighting along the Donbas front in the east has damaged industrial facilities, polluting rivers and wetlands. 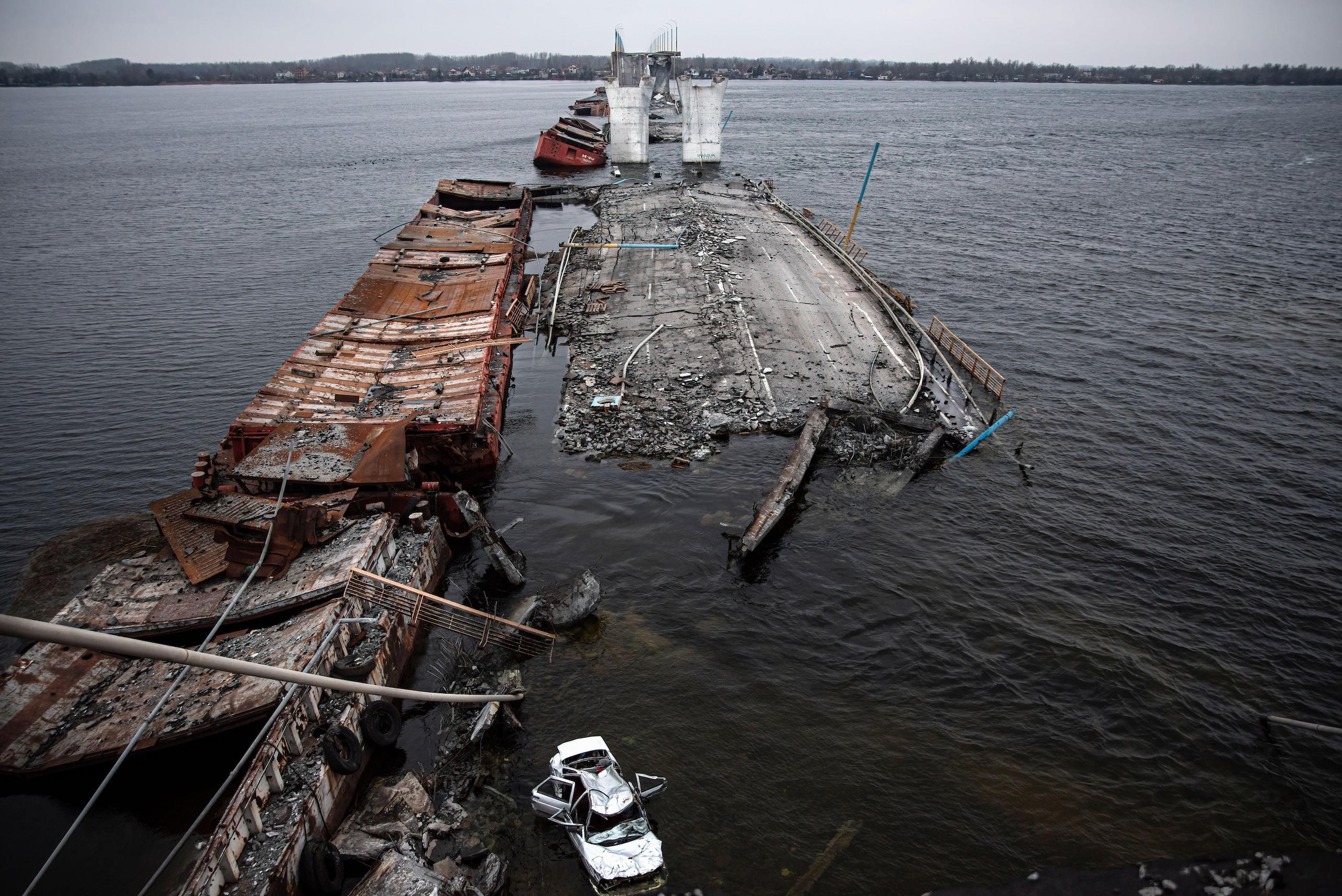 The ruins of a bridge over the Dnieper River at Kherson, a port city in southern Ukraine (Image: Alamy)

The conflict in Ukraine, which is home to around 74,000 species of animals, plants and fungi, has a big impact on European biodiversity. “There is no safe corner in our country, so [species] are all under threat – as well as the ecosystems where they live,” Ukraine’s environment minister Ruslan Strilets told the COP15 UN Biodiversity Conference in Montreal last December. He accused Russia of rendering the UN Convention on Biological Diversity meaningless.

The new PERAC principles are not legally binding on states, but it is hoped they will be implemented through national legislation, military training manuals, business guidance, and outreach with non-state armed groups.

One key principle calls on states to make businesses, and subsidiaries, operating in and from their country responsible for harm to the environment and human health caused during wartime. Building on the UN Guiding Principles on Business and Human Rights and elements of soft law – instruments or agreements that are not legally enforceable – Weir described this as a “relatively radical” move by the International Law Commission to make corporations more accountable.

Ukraine will be a real test of these principles

An example of this would be ensuring that natural resources are sourced ethically. Violent conflict has long increased opportunities for the illegal exploitation of timber and it remains a serious problem. Last year, sustainable forestry bodies classified wood originating from Russia and Belarus as “conflict timber” that cannot be used in certified products. While Ukraine’s environment minister Strilets has promised better transparency over Ukraine’s timber supply chain, to tackle illegal logging.

Other principles focus on occupation in a way that Weir describes as “quietly radical”, introducing the idea that occupiers should use the natural resources of occupied territories in a sustainable way. Towards the end of a debate at the UN, these aspects in particular were warmly welcomed by the Palestinian delegate.

Previous international humanitarian rules gave the environment limited protection, mainly in the context of international armed conflicts. The new PERAC principles are more extensive and cover important topics such as the rights of Indigenous peoples, the use of natural resources, corporate conduct in conflict zones and the effects of war on marine areas. They do this by bringing together elements of environmental, human rights and security law, as well as existing practices of states and international organisations. 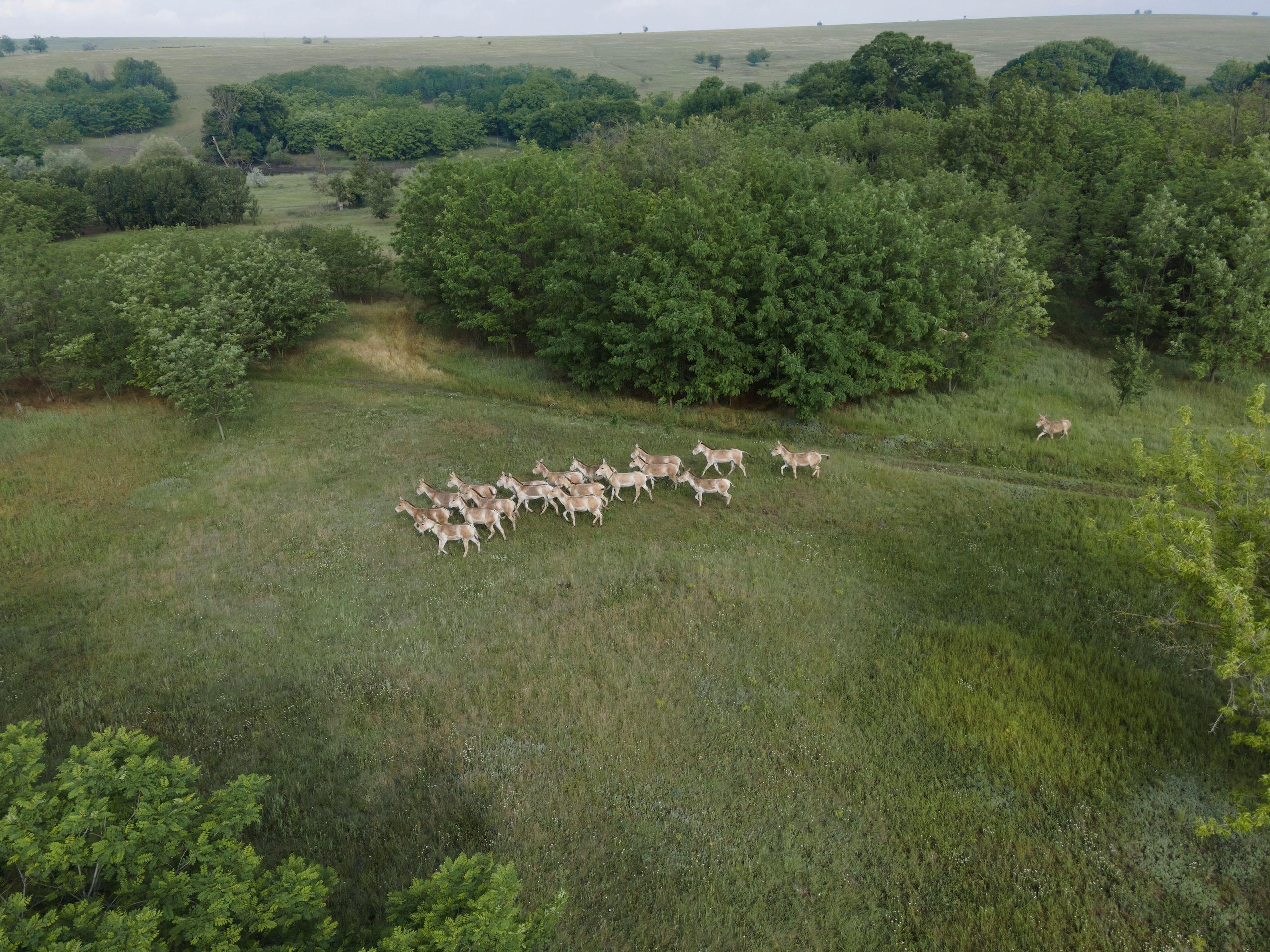 A herd of onager – or Asiatic wild ass – introduced to Tarutyns’kyj steppe in Odesa, Ukraine, as part of a rewilding programme. The country is home to 74,000 species of animals, plants and fungi. (Image: Andrey Nekrasov / Alamy)

Richard Pearshouse, director of environment and human rights at US-based NGO Human Rights Watch, welcomed global attention on the issue, saying it is usually overlooked because of a focus on immediate human casualties. “Environmental harm from conflict can leave communities suffering decades after the fighting has stopped. So the reminder in the principles that environmental assessments and clean-ups should be a routine part of post-conflict reconstruction efforts is important.”

During the long process of agreeing the principles, there was disagreement among states about what they should include. Some refused to back binding obligations, and the US, France and UK persistently objected to anything that might prevent them from using nuclear weapons as a defence strategy. China resisted attempts to apply the principles to non-international armed conflicts.

Weir thinks the war in Ukraine had an impact on the discussions, with less quibbling about the details and the importance of the guidelines themselves. In the end, all the principles were voted through, albeit with many governments stressing the fact that they did not create new legal obligations.

The PERAC principles now have to be implemented. Unlike a legally binding international treaty, there is no formal body or process to carry them out and monitor them. But Weir says legal experts, academics and international groups are taking them seriously. “For example, there’s quite a lot of interest in the principles around protected areas and how nature reserves could be protected during conflict. There hadn’t been any substantive progress on this before [but] we’re now seeing a few different organisations and entities, like the International Union for Conservation of Nature, engaging on it.”

Previous conflicts have spurred significant improvements in environmental protection. The Vietnam War, for example, where Agent Orange, a chemical herbicide and defoliant, was used to destroy forest cover and crops, led to amendments of the Geneva Convention and the ratification of a new Environmental Modification Convention.

It is hoped the new PERAC principles will help Ukraine recover after the conflict ends. “Ukraine will be a real test of these principles,” said Pearshouse. “So much of the fighting has destroyed industrial sites like refineries, pipelines and factories that it’s going to be important to assess and remediate environmental hazards as part of any eventual reconstruction efforts.”